A new TV show is set to explore Scotland's rich history of hauntings and the supernatural - and one of its Scottish stars has revealed more of what we can expect.

The Edinburgh -based Paranormal Psychologist will join the team to investigate some of the most incredible stories and locations from around Scotland for the ten-part series which launches on UK TV channel Really this Friday, May 27.

The 28-year-old told the Daily Record: "It was a great pleasure to be working on the home turf.

"Scotland is so dense in paranormal stories and places, I was really excited to be doing a Scottish show."

Evelyn revealed that the series will also let them show another side of the country.

She said: "I’m always looking for ways to showcase Scotland to the world, especially our history, people need to understand it’s not a tourist playground, it’s seen a lot of pain and that trauma still runs deep today.

"Looking at reportedly haunted places lets us examine that trauma."

Adding that Scotland has borne witness to hundreds of years of genocide, oppression, horror, magical beasts and strange lore, Evelyn believes it to be the most haunted country in the world and exclaimed that it "never disappoints".

For the prolific writer and podcaster, who has worked on two incredibly successful BBC shows, The Battersea Poltergeist and Uncanny, the supernatural has always been a keen interest as she grew up on a "steady diet of horror and mythology".

"It's hard to escape the paranormal in everyday life in Scotland," she added. "It was something that was always discussed in my family in a matter-of-fact way. Everyone I knew had a supernatural story.

"So I got into becoming a Parapsychologist by seeking to apply scientific principles to anomalous phenomena, the further into quantum theory I worked, the more things like ghosts started to make sense."

When the conversation turns to Edinburgh where she moved to from her home town of Livingston in 2012, she jokingly describes the capital as the "City of Ghosts".

"I think every building I’ve ever worked in in Edinburgh has a ghost story," The supernatural expert said. "The dead and the living co-exist harmoniously here in all seasons.

"There’s a lot of creature lore the further north you venture, but the lowlands are ghost and witch territory."

Each episode will see the team try to make contact with the spirits to explain the paranormal mysteries that have haunted Scotland’s most iconic landmarks for centuries.

And Evelyn had a few favourites when it came to locations they visited, with Bannockburn House and the Isle of Arran both looming large for the "sheer haunted grandiosity" of these sites, adding that it was a real honour to even be allowed to explore these places.

Working with American medium Chris was another highlight, describing him as an "interesting guy", Evelyn said: "He has a different style of working to me, but that’s just from being quintessentially American. He’s good banter on set, never a dull moment working with a medium!"

Debuting on May 27, you can follow the Spooked Scotland team's adventures on Really and the streaming service Discovery+. 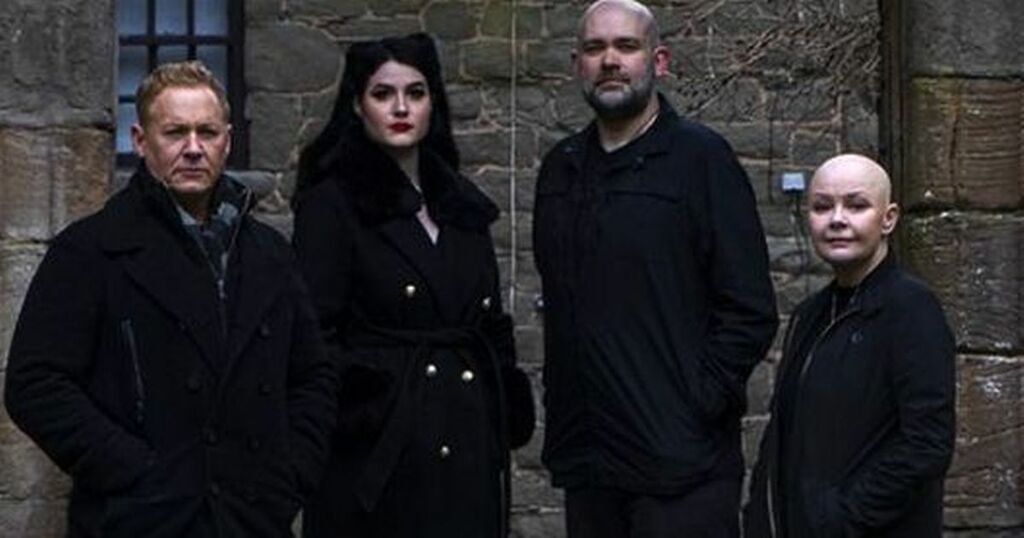 Renowned American medium Chris Fleming has teamed up with Gail Porter for the new show next week.