'Paranoid storm' and a poll from hell cloud Collins' leadership 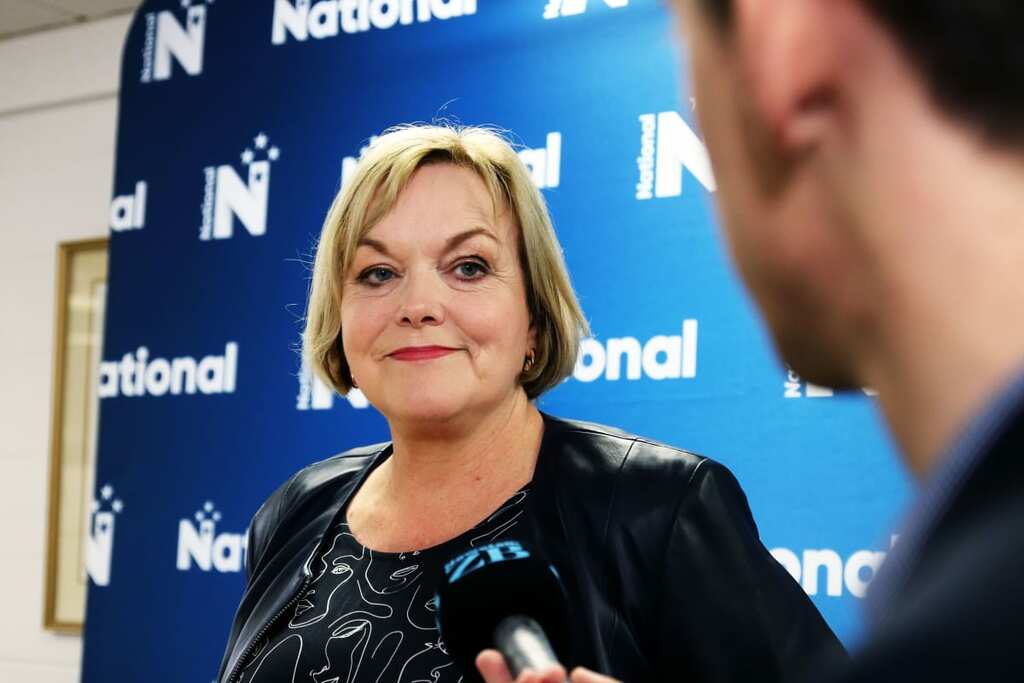 Scathing criticism from a former staffer won't sink Judith Collins alone - but coupled with a dire poll and caucus unease, her leadership is already taking on water Sam Sachdeva writes

Media veteran Janet Wilson spent several months as the National Party’s chief press secretary during its doomed 2020 election campaign, saying she had described the role to family and friends as akin to “a suicide mission”.

Almost a year after stepping down, she has taken the knife to Judith Collins’ leadership in an astounding interview with The Spinoff.

Anecdotes about Collins going off-script during the campaign and only taking her own advice were mixed with damning quotes about the leader’s inability to follow her own suggestions.

“She demands complete loyalty and focus from her caucus, which is what any leader should do. And then she, herself personally, doesn’t display that same focus on what the real issues are...

“She prizes loyalty above all else. But then her ugly stepsister, paranoia, steps in, and she has these almost paranoid storms,” Wilson told The Spinoff.

Coming on the heels of Collins’ yelling match on live TV with Breakfast journalist Indira Stewart, then an ill-advised personal attack on microbiologist Dr Siouxsie Wiles, the remarks made a hat-trick of unhelpful distractions for the National leader in the month to date.

Speaking to Stuff, Collins dismissed Wilson’s remarks as the unprofessional views of a disgruntled ex-staffer whose contract was not renewed after National’s resounding defeat.

That isn’t entirely fair – as Wilson pointed out in response, she hadn’t expressed any interest in extending her stay under Collins – but it is true that the pair were thrust together by circumstance rather than design.

“The party could politely be termed as being moribund. It is not making any changes. It is far too top-down. The board has far too many powers and makes far too many bad decisions, particularly when it comes to candidates.”

Wilson was first brought into the fold under short-lived National leader Todd Muller, taking the job in part as a favour to Muller’s deputy Nikki Kaye, only to end up working under Collins as the party collapsed into turmoil.

But she is not exactly some political neophyte, as Collins implied, having previously provided media training to former prime ministers Sir John Key and Sir Bill English.

Wilson described herself to The Spinoff as “an urban, liberal creature within the National Party” – not all that dissimilar from the sort of voter who defected to Labour at last year’s election, and who Collins and National would likely need to win back to have any chance of unseating Ardern come 2023.

Some of her critiques are also more institutional than personal, echoing some of the problems with National’s internal processes raised by some in the wake of the election.

“The party could politely be termed as being moribund. It is not making any changes. It is far too top-down. The board has far too many powers and makes far too many bad decisions, particularly when it comes to candidates.”

It is not entirely within Collins’ grasp to fix those problems by herself, but it is certainly her own responsibility to take a more discerning approach to the issues she attacks.

Yet she has remained unrepentant about labelling Wiles “a big, fat hypocrite”, even though it now seems clear she did not breach any Covid rules by cycling to an Auckland beach near her home with a friend in her bubble.

Wiles is almost certainly not a National voter, but some party supporters – like Wilson – will nonetheless be unimpressed with the vitriol directed her way by a senior politician.

There will be further unease about Collins seeming to again take a lead from former Whaleoil blogger Cameron Slater, whose current website first published the Wiles story.

Key swiftly distanced himself from Slater in the wake of Nicky Hager’s book Dirty Politics, and while Collins has downplayed their current level of communication, there will be a close eye on any further links.

Of course, Collins’ polarising nature and propensity for attack-dog politics was well-known by the National caucus when it elected her as leader last year.

But those were desperate times, and now the party is looking to not merely save the furniture but grow its vote in 2023, some may be wondering whether she is fit for the job.

In Collins’ favour, for now, is the fact that another destabilising change in the middle of a Covid outbreak would not provide the public with much reason for confidence in National.

Then there is the lack of obvious alternatives. Christopher Luxon still seems too green, and while Simon Bridges may seem a new man after being relieved of the National leadership, it’s not clear how he would handle that burden a second time around.

A particularly damaging poll could prove a catalyst for any would-be challengers, and there was bad news for Collins on that front Wednesday.

While a leaked UMR poll had Labour on 45 percent and National on 26 percent – a slight but not significant drop for the opposition – a more surprising, and damaging result came from a poll commissioned by the right-wing Taxpayers' Union and carried out by former party pollster Curia, which had National on just 21.3 percent and ACT nipping at its heels on 14.9 percent.

While the temptation from any challengers may be to leave Collins to lose in 2023 before attempting a coup, the question is how much damage she could do between now and then.

It’s unclear whether Collins will allow a conscience vote at the bill’s second and third readings should the party position remain unchanged, and how some MPs would respond if not.

Collins has already stripped Bishop of his role as shadow leader of the house after his private discontent with the conversion therapy vote was made public, but with he and Willis among National’s stronger performers in opposition, the party cannot afford to sideline them further.

After the discord of 2020, National arguably needs a stabilising, unifying figure – and it seems unlikely Collins will ever fit that role.