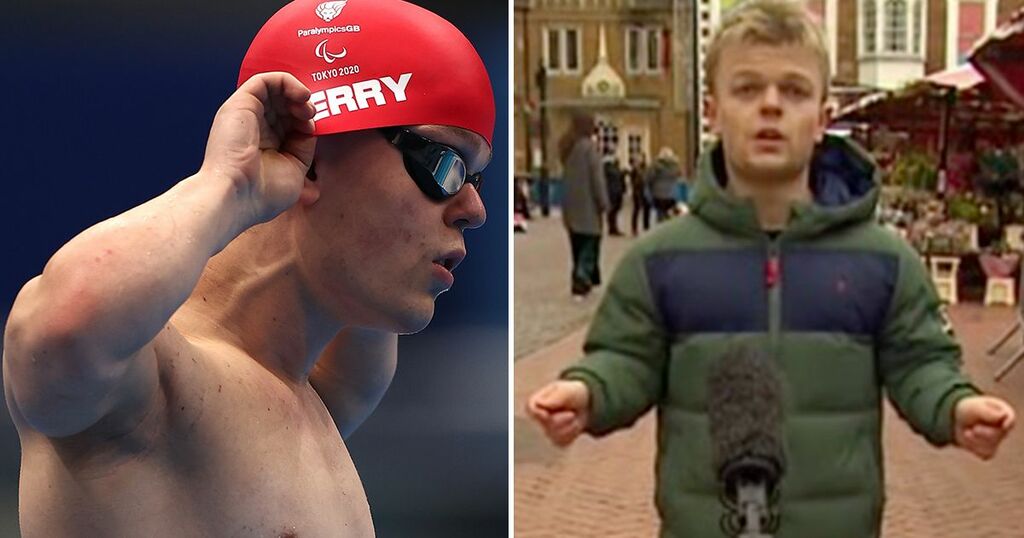 Paralympian Will Perry says he is "sick to death" of being verbally abused because of his dwarfism.

The 21-year-old represented Team GB in the Men's S6 100m Freestyle in Tokyo this summer, finishing 18th, and said that initially he enjoyed adulation afterwards.

However, Perry, who has a common form of dwarfism called achondroplasia, has said he's since endured being filmed and laughed at in the street on a daily basis.

And now, in a video recorded for the BBC, Perry has spoken frankly on his plight and has called for society to challenge such behaviour.

"Do you know what it's like to be looked at and laughed at every single day?" he asked.

"Because I do. And I'm absolutely sick to death of it."

Perry explained that the nature of his abuse isn't confined to just one or two ways.

"With dwarfism I face a lot of public abuse. This includes photography, being filmed, laughed at, pointed at, stared at. The list goes on."

The swimmer believes it goes on because of the way people with dwarfism are portrayed on television or social media.

"I believe it happens because in so many films, social media posts, we're depicted in a comical way, we're described as funny characters, and that's the way people with dwarfism are mostly exposed to the public.

Perry said the games in Tokyo represented a celebration of different types of disabilities, but said that changed when the team returned home.

"I just became a member of the public once again," he continued.

"And the abuse started again. It was like night and day and I think that's one of the things that made it even more upsetting."

However Perry, from Northamptonshire, thinks there is a simple solution to the problem, and asked members of the public to act if they disabled people being mocked.

He also encouraged those with dwarfism not to be afraid to appear in public.

"If we're all hiding away then no one's ever going to see us," he added.

"I think we should all come out, be around people more, and make people more aware of who we are. And in the long term, I think that will make us a more normal member of society."