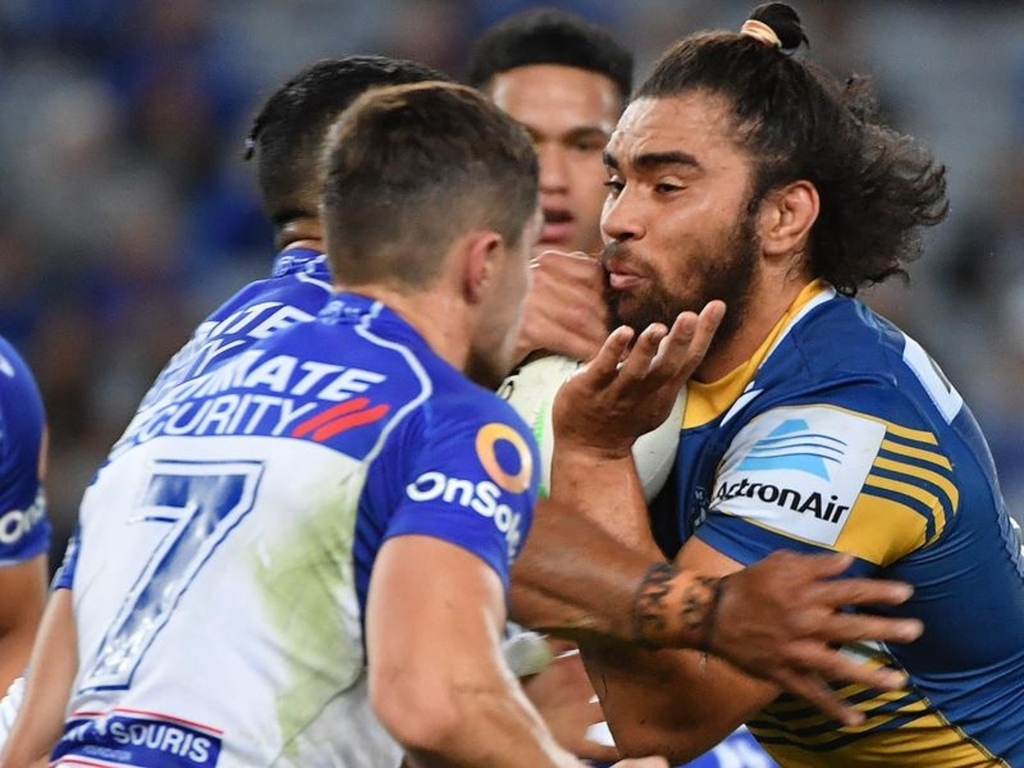 Parramatta backrower Isaiah Papali'i is set to link up with the Wests Tigers on a three-year deal in 2023 after rejecting the offer of an upgrade from the Eels.

Papali'i was one of the discoveries of 2021 when he linked with the Eels on a low-price deal after being cut by the Warriors.

The 23-year-old played 25 games for the Eels and was named Dally M backrower of the year, but has now informed Parramatta he will leave for the Tigers at the end of the 2022 season.

"The club worked with Isaiah and his management team to remain with the club beyond his current contract including a significant upgrade for 2022, however he has chosen to take up an offer with another club," the Eels said in a statement.

"Isaiah made a terrific contribution and has provided great value to the club in 2021, and both Isaiah and the club are committed to another strong year in the blue and gold in 2022."

The loss of Papali'i is another blow for the Eels with fellow backrower Marata Niukore joining the Warriors last week.

The club is yet to agree to terms with captain Clint Gutherson, star prop Junior Paulo and hooker Reed Mahoney, who recently met with the Bulldogs.

The acquisition of Papali'i is a vote of confidence in Tigers coach Michael Maguire, although the joint venture has yet to officially confirm the move.

Signing Papali'i also puts the Tigers in a strong negotiating position with Luciano Leilua with the club baulking at the Samoan international's demands for a pay rise.

Meanwhile, Manly have confirmed the re-signing of utility Dylan Walker on a one-year deal.

"Dylan is a very experienced player. His re-signing was a high priority for us,'' coach Des Hasler said.

"The ability to be able to play several positions in the game today is vital and Dylan plays an extremely important role within the team."