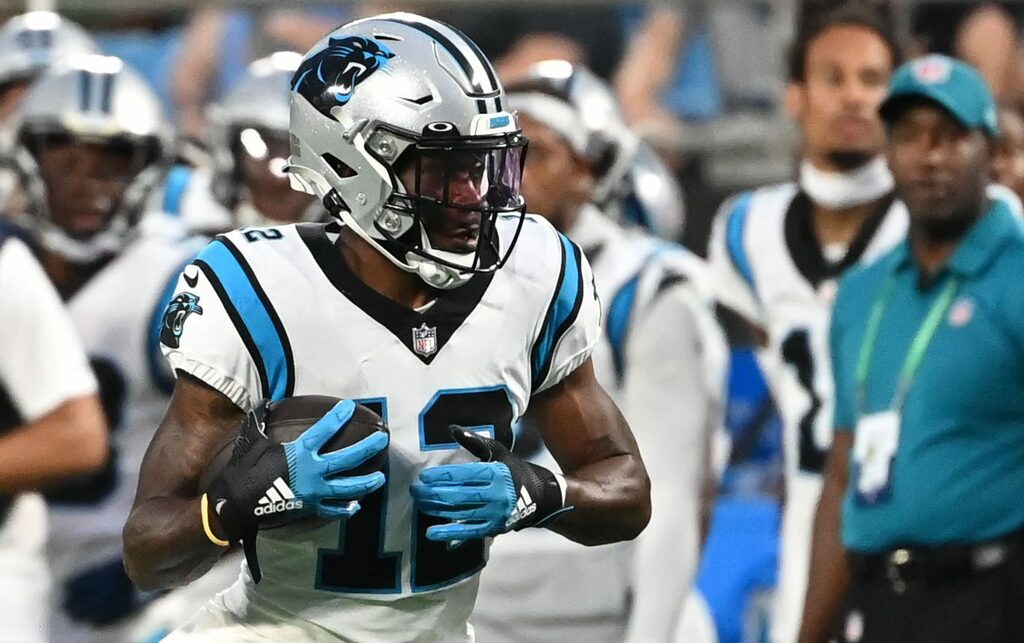 The Carolina Panthers were particularly methodical about how they handled player workloads this summer. Today, the results proved how much of a relative success that was.

When speaking with media members following the team’s practice on Wednesday, head coach Matt Rhule said there is only one player on the active 53-man roster that is currently on the injury report. That man is rookie wideout Shi Smith.

Smith sustained a shoulder injury in the fourth quarter of the preseason finale against the Pittsburgh Steelers. Although the initial mood regarding the fall was rather gloomy, the setback was determined not to be as serious as the team first let on.

The sixth-round pick, who is expected back sooner rather than later, did not participate in today’s practice. He was seen working the stationary bike off to the side, instead.

Shi Smith on a bike. Still recovering from his shoulder injury.

Practice squad player Kenny Robinson was also noted as a limited participant with a knee injury.