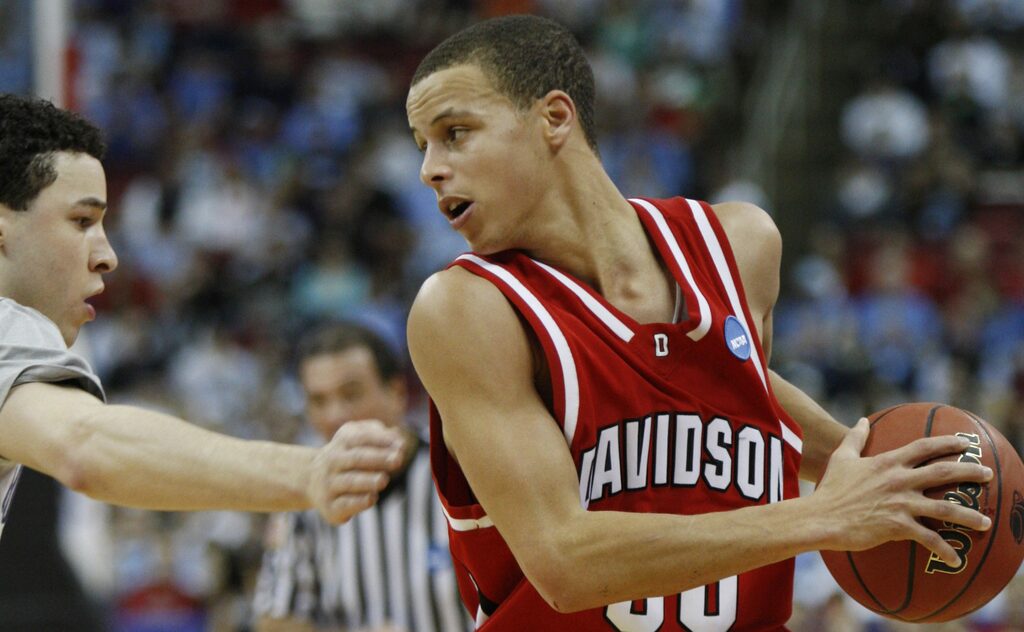 With the Carolina Panthers opening the year against the New York Jets this afternoon, we are officially into our regular season portion of the Jeremy Chinn jersey watch. And this week’s selection is a little spicy.

The Panthers safety strolled into Bank of America Stadium sporting a Steph Curry jersey from the collegiate days at Davidson College.

Curry, who was actually just known as “Stephen” back then, is the Wildcats’ all-time leader in points and three-pointers made. His inspiring run leading the barely-known North Carolina program in the 2008 NCAA Tournament still remains one of the highlights of what’ll surely be a Hall-of-Fame career.

The 6-foot-3 guard is now, at 33 years old, a three-time NBA champion, a two-time Most Valuable Player and a seven-time All-Star. He’ll also soon be the league’s all-time leader in treys, as he sits just 141 three-point field goals away from current king Ray Allen.

Oh, and in the most pertinent detail of this whole connection, Curry is a massive Panthers fan.

His threads now join the ranks of Muggsy Bogues and Julius Peppers in Chinn’s season-long initiative.