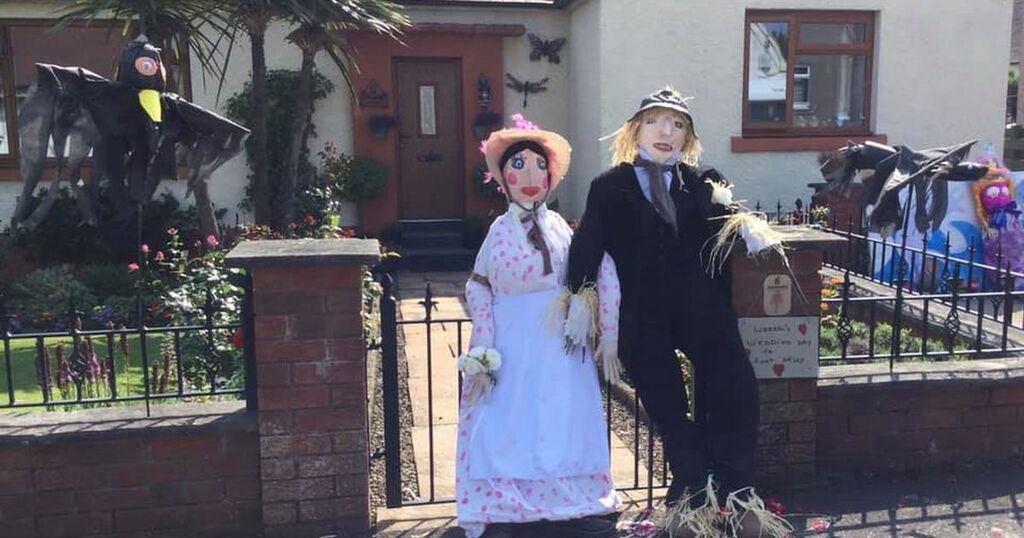 Palnackie has 15 new residents as of last Wednesday – but every one of them is stuffed full of straw.

The weird and wonderful creations sprang up over night courtesy of a Palnackie Village Shop Ltd scarecrow competition.

The beat-up characters appeared outside homes around the village hours before judging began.

Development worker Vivianne Brown organised the event along with Andrea Irving, who volunteers at the community-owned shop.

Andrea said: “We had a really good quality of entries this year.

“They were all up by Wednesday morning and were judged by the afternoon.

“People can leave them up for as long as they want. We wanted to get them up for the bank holiday weekend.”

The winners in each category received £10.

Anna Paterson won the adult section with Worzel and Aunt Sally’s Wedding, Scott and Amy Burton won the 11 to 16 group with Nurse Jagger and Harris McColl and April Currie won the 10 and under category with the Bouncing Bairns of Palnackie.

Andrea added: “The competition was great for the kids as well.

“They made a great effort and it gave them something to focus on going back to school.

“Vivianne even produced a map to show where each scarecrow is.”