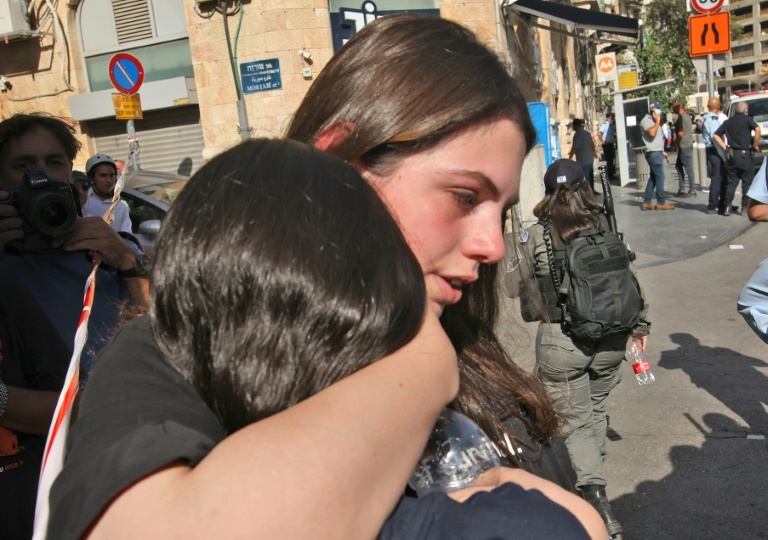 The assailant "stabbed two civilians with a knife" near the city's central bus station, police said in a statement.

"Border policewomen noticed the incident, and one of them opened fire and neutralised the terrorist, who is currently receiving medical treatment," it added.

A police spokesman told AFP the assailant was a Palestinian man from the West Bank city Hebron.

The civilians stabbed, men in their mid-20s, were treated for their wounds before being taken to Shaare Zedek hospital in moderate condition, said medics from the Magen David Adom organisation.

There was no immediate indication about the condition of the assailant, who was seen smiling by an AFP photographer as he was taken away for medical treatment.

Earlier Monday, a Palestinian man attempted to stab a soldier with a screwdriver at the Gush Etzion junction south of Bethlehem in the occupied West Bank, the army said.

Soldiers at the scene managed "to thwart the attempted terror attack and neutralised the assailant," a statement from the army said.

"The attacker was evacuated to a hospital for further medical treatment."

Tensions in the West Bank and east Jerusalem have risen after six Palestinian militants escaped a high-security prison in northern Israel last week, sparking a manhunt that has seen the capture of four of them in recent days.