Nablus (Palestinian Territories) (AFP) - A Palestinian lawyer was killed Wednesday, the fifth day of Israeli raids in the West Bank following deadly attacks in the Jewish state, amid heightened tensions after a flashpoint religious site was vandalised.

Violent clashes erupted in the West Bank city of Nablus where Israeli forces were escorting a work crew that came to repair Joseph's Tomb, which is sacred to Jews and which was smashed in an act of vandalism last weekend.

The Palestinian health ministry said human rights lawyer Muhammad Hassan Muhammad Assaf, 34, "died after being shot in the chest by the Israeli occupation army during the aggression on the city of Nablus".

The Israeli army did not confirm its forces had shot the lawyer, whose death brought to 16 the number of Palestinian fatalities in the ongoing escalation.

Palestinian prime minister Mohammad Shtayyeh charged that Israeli soldiers "murder for the sake of murder, with a license granted by the prime minister of the occupying state, Naftali Bennett, without the slightest regard for international law".

The Israeli army said Wednesday it also carried out "counterterrorist operations" in the Palestinian militant bastion of Jenin and other West Bank cities.

The operation's commander could be heard in a video telling his soldiers that "we get to restore the honour to this land and the people of Israel", and that they would enter the site "as sons of kings". 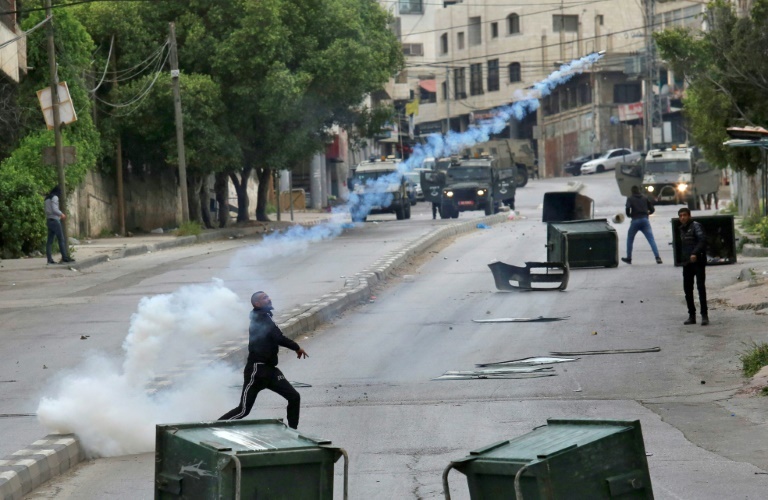 AFP
One subscription that gives you access to news from hundreds of sites
Palestinian rights lawyer, 2 teens killed in Israel-West Bank violence