Ramallah, occupied West Bank – The health of the Palestinian prisoner Khalil Awawda is quickly deteriorating, after he passed the 70th day of his hunger strike earlier this week.

Awawda, 40, is protesting his continued detention in Israeli prisons without trial or charge.

The father of four was arrested by Israeli forces from his home in the village of Ithna, south of Hebron city in the occupied West Bank, in December 2021.

Like 530 other Palestinians currently held under such orders, Awawda was placed in administrative detention. The policy allows Israeli authorities to imprison Palestinians indefinitely, based on “secret information” not accessible to the prisoner or their lawyer.

“Khalil underwent this hunger strike against a public Palestinian issue –  administrative detention – which is a sword on the necks of all the Palestinian people,” his wife, Dalal, told Al Jazeera.

“What are rights groups and other organizations waiting for? For him to reach 100 or 140 days like the other prisoners? I call on all these institutions to intervene to save the life of Khalil before, God forbid, something happens to him.”

Israeli authorities transferred Awawda last Wednesday to an Israeli civilian hospital before he was returned to Ramle (Ramla) prison clinic where he is currently being held.

Awawda’s lawyer Ahlam Haddad, who visited him on Sunday, said in a statement that he is suffering from “fatigue and severe collapse” as well as “heavy pain in all parts of his body”. She noted he now moves on a wheelchair and cannot stand up or see clearly.

Awawda also told his lawyer that prison authorities are conditioning his transfer to an Israeli hospital on his agreement to take supplements, which he is refusing – living only on water.

Awawda’s wife said he lost 17kg since his hunger strike began on March 3. “I am very fearful over his life. He’s getting to the stage of severe danger.”

Awawda and one other Palestinian prisoner, 27-year-old Raed Rayyan, are the latest two in a string of individual hunger strikes by prisoners in administrative detention since last year in an effort to demand their freedom.

Rayyan, from the village of Beit Duqqu on the outskirts of Jerusalem, is on his 35th day without food or drink.

In October 2021, six Palestinian prisoners went on hunger strike, with some lasting over 140 days and risking their lives before Israeli authorities agreed to give them release dates. Their cases generated international headlines and calls for their release.

Human rights groups have long condemned Israel’s policy of administrative detention, used against thousands of Palestinians living under military rule in the occupied territories, as unlawful, arbitrary and systematic.

In a statement last month, international rights group Amnesty International said the Israeli authorities’ “widespread and systematic use of arbitrary arrest, administrative detention and torture against Palestinians forms part of the state’s policy of domination and control over the Palestinian population.

“These actions amount to crimes against humanity of apartheid, imprisonment and torture,” said Amnesty.

Between 2017 and 2021, Israeli authorities issued 5,728 administrative detention orders against Palestinians in the occupied territories, according to local prisoners’ rights group Addameer.

The numbers of detention orders issued has been on the rise since last year, when widespread Palestinian protests erupted followed by mass arrests. In 2021, there was a surge of 1,695 orders, Addameer said, compared with a little more than 1,100 orders in 2020.

Israel says the orders are necessary when there is a “reasonable basis for believing that the security of the region or public security” requires it.

In an escalatory step taken on January 1, all prisoners in administrative detention have refused to show up for their hearings in a collective boycott of Israel’s military courts and their use of the policy.

The step includes not attending initial hearings to uphold the order, as well as appeal hearings and later sessions at the Supreme Court.

Despite the boycott, which has now lasted more than 130 days, rights groups say they continue to document an increase in orders issued.

“There has been no progress unfortunately. On the contrary, administrative detention has increased in the past two months. The military courts are continuing their work, business as usual, without the presence of the prisoners or their lawyers,” Sahar Francis, head of Addameer, told Al Jazeera.

Francis noted that the aim of the boycott was to form a collective struggle to limit Israel’s use of the practice, to lessen the individual hunger strikes taking place.

“Unfortunately, when the prisoners feel that there is no change or progress, you cannot prevent them from thinking of undergoing a struggle on an individual level,” she said.

Separately, Palestinian prisoners’ groups have warned of the imminent danger to the health of several other prisoners, including Nasser Abu Hmaid and Ali Hroub, who suffer from cancer.

‘With him in this battle’

Back in Ithna, Dalal has only been permitted to visit her husband once since his arrest, prior to his hunger strike, on February 13. His four daughters, the eldest of whom is 9, have not seen their father since his arrest.

Awawda, a taxi driver, has spent a total of 12 years in Israeli prisons since the early 2000s, including five years in administrative detention, split into two periods.

“Years of an individual’s life pass without trial or charge,” said Dalal. “He knows that if he does not do this, he will end up in administrative detention for years.”

Because of his consecutive arrests, he was unable to complete his undergraduate degree in economics at al-Quds Open University.

“We have been with Khalil since the first moment he decided to undergo the hunger strike – we are with him in this battle to secure his freedom, because this is all unjust.” 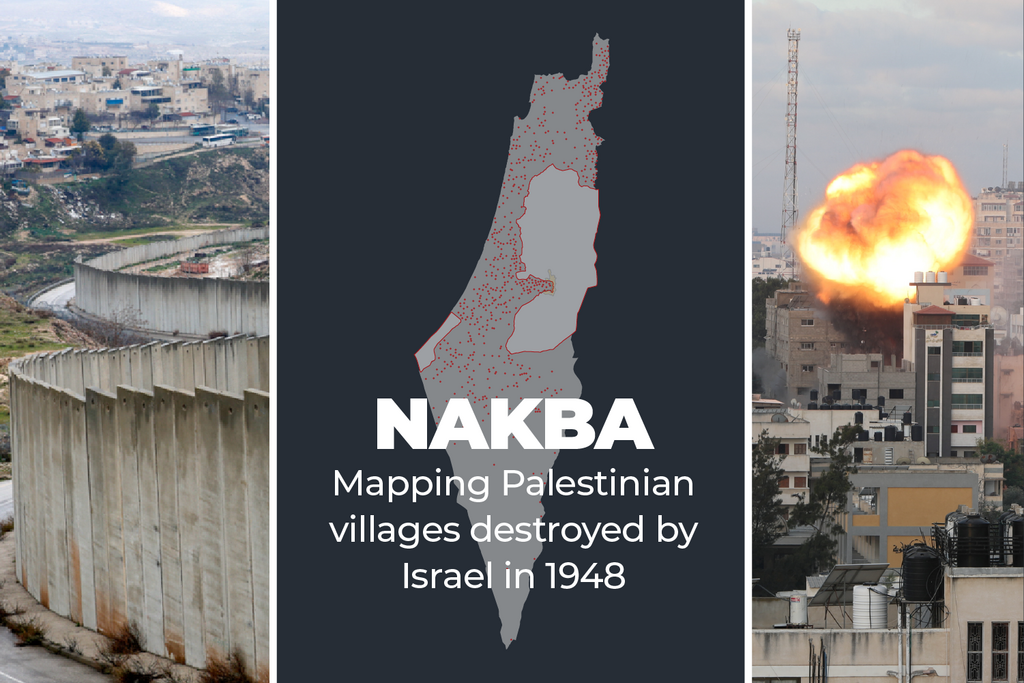 Al Jazeera
One subscription that gives you access to news from hundreds of sites
Palestinian militant dies of wounds, days after clashes with Israeli troops

A Palestinian gunmen, brother of a prominent militant in the occupied West Bank, died in an Israeli hospital on Sunday,…