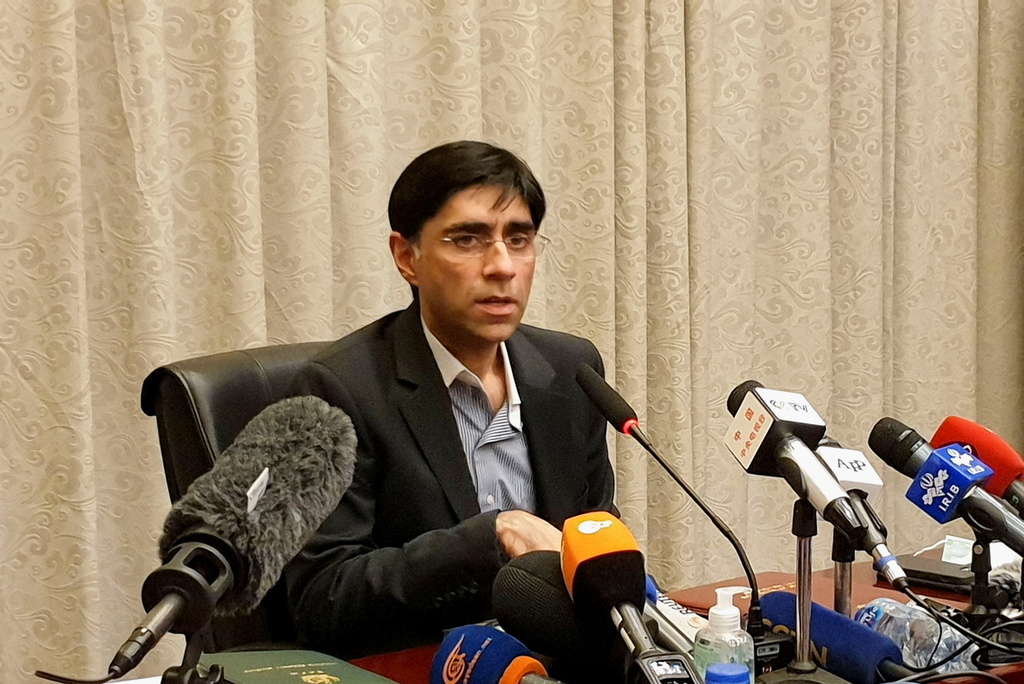 Pakistan urged the world to engage with Taliban-led Afghanistan and said the United States should listen to its message as it reassess its relationship with the South Asian nation, a top Pakistani security official said on Wednesday.

Moeed Yusuf, Pakistan's National Security Adviser, told reporters in the country's capital that Pakistan had continuously advocated for a political settlement to the conflict in Afghanistan and said a military solution was not possible.

He added that Washington, which signalled this week it was reviewing its relationship with Pakistan, should take note and listen to Islamabad's advice on now ramping up engagement with the new Taliban-led government.

The United States will be looking at its relationship with Pakistan in the coming weeks, U.S. Secretary of State Antony Blinken said on Monday, to formulate what role Washington would want it play in the future of Afghanistan.

Pakistan has had deep ties with the Taliban and has been accused of supporting the group as it battled the U.S.-backed government in Kabul for 20 years - charges denied by Islamabad.

Yusuf warned against isolating Afghanistan as Western powers - while pledging immediate humanitarian aid - are largely holding off on any further financial assistance or formal recognition of the Taliban government while the U.S. has frozen roughly $10 billion of Afghanistan central bank assets. Many countries have said they are waiting to see whether the Taliban uphold human rights and stem militancy.

"It may be popular to talk about 'wait and see', but wait and see essentially means a collapse," Yusuf said.

"Humanitarian assistance is...a stop-gap arrangement to ensure there is no immediately humanitarian crisis, that does not equate to governance, institutional and economic support which is needed by any country to survive in the conditions that you find (in) Afghanistan."