Paisley's murals are "better than Glasgow's" 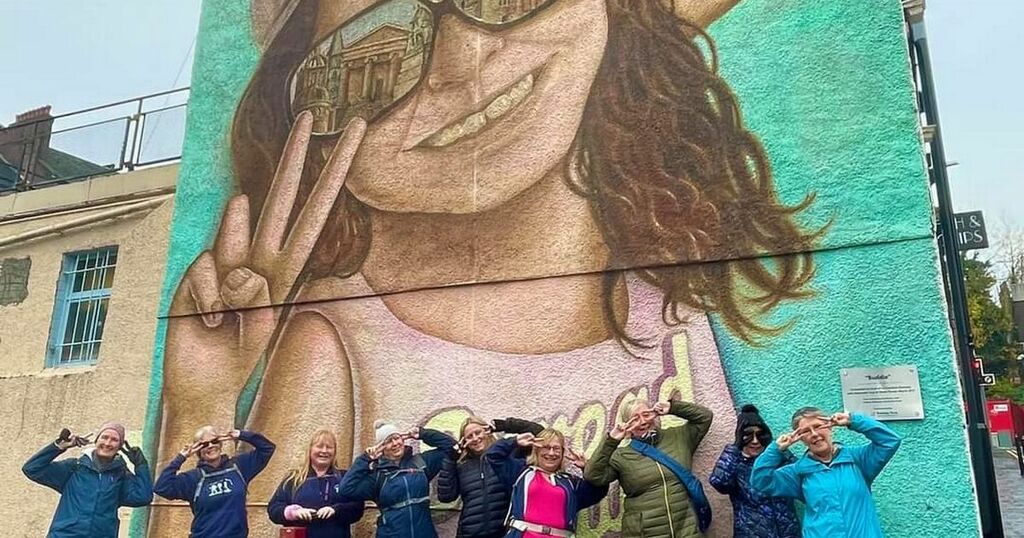 A proper mural trail can help thrust Paisley onto the tourist map.

That’s the verdict of a ladies walking group who have been blown away by the artwork across town.

And they insist: “Paisley beats any murals Glasgow has by a mile.”

It’s precisely the type of attraction that can bring new life into the heart of the town as retail dwindles and entertainment rises.

The Central division of the Scottish Women’s Walking Group have just completed a circuit of all the town’s murals.

The near five mile long route snakes past all the stunning murals which have ballooned in numbers in recent years.

It’s likely the walk was the first ever planned group quest around the street art.

Helen said: “I have been a member of the Scottish Women’s Walking Group for five years.

“Nobody leads it, it is just like asking friends.

“I suggested a walk round the murals after people were amazed at how many churches there were in Paisley.

“Loads of us have done the Glasgow Mural Walk, but Paisley was brilliant . . . and much better.”

Helen worked out the route with the help of a Paisley website which has charted many of the artworks.

Brian McGuire of the Paisley.scot pages was first to pinpoint and photograph where all the murals are.

The murals were originally encouraged by the business group Paisley First, but the information has not been kept up to date.

And a formal trail and guide has never been produced.

Helen was among a group of 11 ladies who tackled the foot-shaped loop around the town.

The group stopped for a rest at De-Beers pub in the High Street and all bought drinks.

Helen said: “People from all over are now interested in doing the mural walk and it could be great for the economy.

“As well as soft drinks in the pub, we had a late lunch in Bianco E Nero.

“People will spend money including buying gifts, so I think a proper trail needs to be developed.”

The walking group has become like a sisterhood hitting the road in numbers and in safety, with more than 24,000 members across the country.

It was formed by a woman who was nervous about walking alone... and literally grew arms and legs.

Covid and the need to get out in the fresh air has definitely spurred people on to discover their local surroundings.

Many of the 30+ murals depict Paisley life, people such as Gerry Rafferty or icons such as the Hillman Imp built in Linwood.

Helen, a 55-year-old quantity surveyor, started the walk from East End Park in Seedhill, near where she lives.

She said: “We went anti-clockwise via Old Sneddon Street and The Bungalow, came back to the station and headed up Oakshaw purely to see the churches and history up there.

“Then it was out to the west end and back to the High Street to see the mural at De-Beers.

“I have been working from home since March 2020 and mentally if I hadn’t had this group and be out walking every week, I don’t know where I would have been.

“When you have things like this on your doorstep, it’s hard to believe.

“We brought people into Paisley and even some who live here had no idea all the murals existed.

“They are wonderful and as a result we now have 44 new members. It is inspiring and I am so proud of Paisley.”