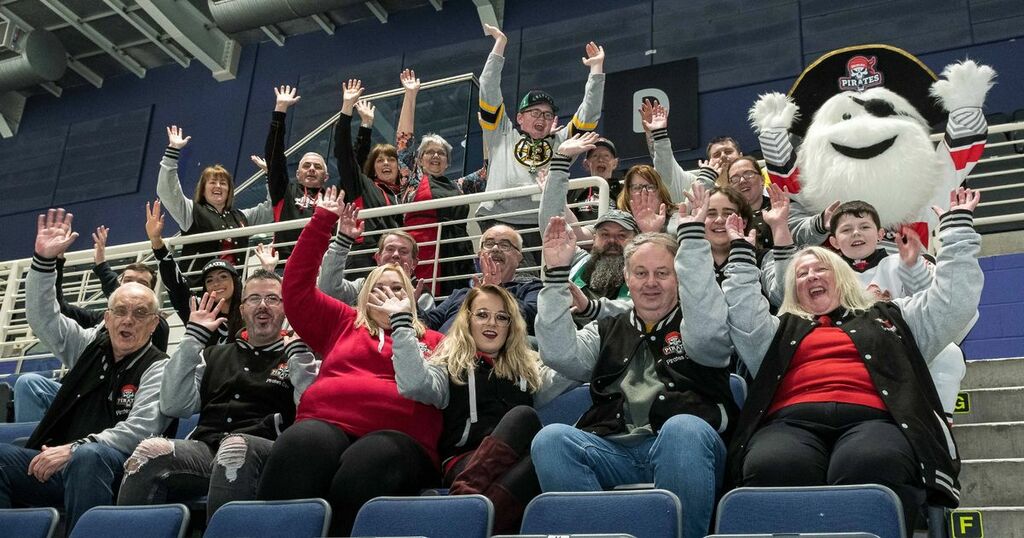 Paisley Pirates are on the hunt for new players ahead of their Scottish National League (SNL) season kicking off in two months time.

While the SNL isn’t in a position to issue fixtures just yet, the Paisley club anticipate they will be skating out at Braehead Arena in early November.

That will see them gratefully send out a team in what is their 75th anniversary season, when fears over the future of their home rink were seriously up in the air over the last six months.

Like their neighbours the Clan, Pirates were obliged to delay their season starting while negotiations were ongoing regarding the ownership of Braehead Arena.

But with that work now complete, Pirates have finally been able to look for new players to bolster their bench for the new season.

That will allow them to take to the ice for the first time in 20 months, a moment off ice operations manager Jackie Turley is understandably looking forward to.

She told Express Sport: “There’s still a few aspects of the new season which are not as yet finalised, but we have been assured by our new landlords at Braehead that ice will be available for us.

“So now it’s full steam ahead with the job of putting a team together, which will thankfully see us play in the season of our 75th birthday.

“We know our fans have been patiently waiting for news about the club and it’s really only now that we’ve been able to get the wheels in motion.

“There’s one or two aspects regarding the actual formation of the SNL for this season, but that doesn’t need to delay us in the task of actually assembling the team.

Scottish Ice Hockey confirmed late last month that final planning for the 2021/22 season was underway, with league fixtures set to be announced soon.

Turley is hoping to entice as many new players into the club as possible, highlighting the level of coaching they’ll receive as a key reason to get involved.

She added: “It’s going to be an exciting time with the Clan now owning the arena.

“With the Pirates actually hoping to have a junior team on the ice for the first year in a very long time as well, we’re hoping this will encourage players to snap up a team place quickly and join one of the most successful teams in Scotland at SNL level.

“They will also play out of a magnificent arena with the best facilities in the country, and receive the best coaching around in the form of Ian Turley and Adam Walker. They are both part of the GB and Scotland coaching set-ups respectively.

“Throw in the fact they’ll be playing in front of the best and noisiest supporters who are desperate to cheer on their team after nearly two years of no ice hockey, and you can see that signing for the Paisley Pirates is the best way of improving yourself and enjoying your sport to the utmost.”

Prospective players of all ages can contact the club at paisleypirates@gmail.com.