Pageants, parades and a pop concert: How Britain will celebrate the Queen's Platinum Jubilee

Celebrations for the Queen's historic Platinum Jubilee will focus on a festive four-day bank holiday weekend in June.

The unprecedented anniversary, the first time a British monarch has reached a Platinum Jubilee, was on Sunday, February 6, the date the Queen acceded to the throne on the death of her father George VI in 1952.

But, as has been the custom for Elizabeth II's past jubilees, official commemorations take place four months later when there is a greater chance of warm, dry weather.

The royal extravaganza includes a live pop concert at Buckingham Palace, Jubilee lunches and the lighting of beacons across the world.

A nationwide royal bake-off competition to design a Platinum Pudding dedicated to the Queen is under way, while The Queen's Green Canopy project has seen thousands of trees planted in commemoration of the monarch's 70 years of service.

One event, in particular, which is much-anticipated is the Platinum Jubilee Pageant - as Nicholas Coleridge states: "no monarch has earned [one] before, since none has ruled for so long".

Ten thousand people will get involved, with performers from every part of the country and Commonwealth – military and creatives, dancers and supermodels – all converging on the route leading to Buckingham Palace on Sunday, June 5.

This royal pageant will be Queen Elizabeth II's fourth - and only the eighth in history. The first was in honour of George III in 1809, followed by two for Queen Victoria to celebrate her Golden and Diamond Jubilees.

When is the Platinum Jubilee Pageant and can you get tickets?

Sunday, June 5, sees the Platinum Jubilee Pageant, where a dragon puppet larger than a double-decker bus, marching bands and circus acts will celebrate the Queen's reign on the streets of London.

Organisers said the event, with a privately funded budget of between £10million and £15million, is expected to be one of the biggest celebratory events held for decades.

The Platinum Jubilee Pageant is open to everyone and will be live-streamed online.

A selection of primary and secondary school children from across the UK will play a part in the ‘River of Hope’ procession during the pageant - but the organisers encourage people all over the country - and world - to come together and celebrate within their own local communities.

Nicholas Coleridge, co-chairman of the pageant, said the whole Jubilee "will be something of a reopening ceremony for the United Kingdom, following a period of uncertainty and hardship, a catalysing moment of unity and fun".

"The Jubilee Pageant is, numerically at least, the largest and most ambitious of the half-dozen set-piece events celebrating Her Majesty’s 70-year reign, and the one with the highest prospect of things going drastically wrong", says Coleridge.

A trapeze artist suspended underneath a huge balloon printed with an image of the Queen will be among the performers, along with marching military bands and a nod to the monarch's fondness for corgis and horses.

A specially-written fairy story There Once Is A Queen by renowned author Sir Michael Morpurgo will be brought to life through artists, and a River Of Hope, made up of 200 silk flags designed by school children, will make its way along the Mall.

Other Platinum Jubilee celebrations and events around the UK

In June, the traditional Trooping the Colour Parade for the Queen's official birthday is taking place on Horse Guards Parade on Thursday June 2, beginning four days of historic ceremonies.

The same day, more than 1,500 beacons will be lit across the UK and in Commonwealth capital cities, with the principal beacon set aflame in a special ceremony at the Palace.

The late May bank holiday has been moved to the Thursday and an additional bank holiday added on Friday, June 3, to create a four-day weekend, and pub opening hours are being extended to 1am.

On the Friday, a service of thanksgiving for the Queen's reign will be staged at St Paul's Cathedral.

On Saturday, June 4, the Queen will want to attend the Epsom Derby.

In the evening, the BBC Platinum Party at the Palace concert promises to feature some of the world's biggest entertainment stars.

Meanwhile, more than 200,000 The Big Jubilee Lunches are expected to be staged across the UK.

'Superbloom' field around the Tower of London

A 'Superbloom' field of flowers will surround the Tower of London, with 20million seeds being planted in the moat in the spring to be ready to bloom from June to September.

From May 12 to 15, more than 500 horses and 1,000 performers will stage a 90-minute piece of arena theatre called the Platinum Jubilee Celebration in Windsor.

Members of the armed forces, along with frontline police, fire, emergency services and prison service personnel will be awarded the Platinum Jubilee medal.

Medals have marked royal jubilees since 1887, the 50th anniversary of Queen Victoria's reign.

This article is kept updated with the latest information. 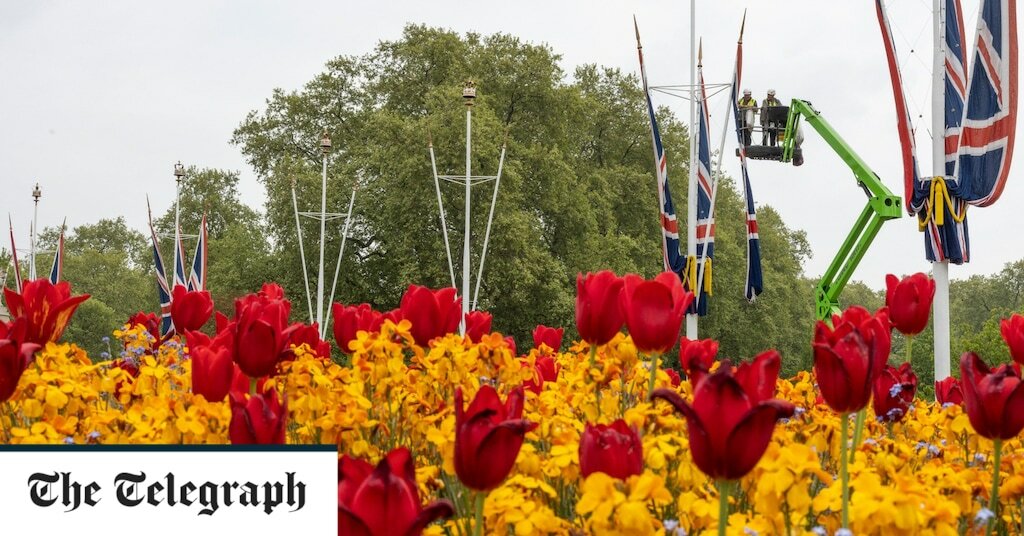 The Telegraph
One subscription that gives you access to news from hundreds of sites
Pageants, parades and a pop concert: How Britain will celebrate the Queen's Platinum Jubilee

The Telegraph
Pageants, parades and a pop concert: How Britain will celebrate the Queen's Platinum Jubilee