A paedophile who went on the run to the Costa del Sol and was tracked down to a Spanish prison has been given an extended sentence as a dangerous sex offender.

After being brought back to Wales Simon Dove was given a suspended sentence and made the subject of a sexual harm prevention order designed to control his online behaviour - but just weeks later he bought a laptop and started downloading images of child sex abuse, and installing software designed to hide his activities.

Sending the 51-year-old down, a judge said he posed a high risk of causing sexual harm to children.

Read more: See the latest cases from courts around Wales

Jim Davies, prosecuting, told Swansea Crown Court that in September 2009 officers investigating the downloading of indecent images went to an address in Port Talbot looking for Dove. Present at the property was the daughter of the defendant's former partner, and she handed over two of his computers. An examination of the drives found the presence of indecent images.

The following January police went to an address in London where Dove was staying and seized a number of electronic devices, including a laptop computer. Again indecent images were found along with evidence the defendant had been communicating with fellow paedophiles on Yahoo Messenger and sharing pictures via peer-to-peer file sharing software.

Dove was interviewed and released on bail but then fled the country and disappeared. While on the run, the defendant was charged with 34 counts of making and distributing indecent images and one of possessing extreme pornography,

The defendant came to the attention of police again - Spanish this time - in July 2016 when officers raided a property on the Costa del Sol and seized computer equipment which contained 7,000 indecent images, some of them "of the very worst kind" showing young children being sexually tortured. Spanish police also found Dove had again been sharing the images with like-minded people through peer-to-peer software.

The prosecutor said Dove was sentenced to five years in prison by a court in Malaga, and then in 2020 he was extradited back to the UK.

The defendant appeared in Swansea Crown Court last July where he was sentenced to a total of 18 months in prison suspended for 18 months, ordered him to complete 200 hours of unpaid work and a rehabilitation course, and was made the subject of a sexual harm prevention order (SHPO) for the offending committed before he went on the run to Spain.

But within weeks Dove was breaching that order.

Check what crimes have been reported in your area:

The court heard that in December 2021 police in Swansea received information that the defendant owned an internet-enabled device which he had not told them about. Officers searched the room in the Oystermouth Road guesthouse where he was living and found a mini laptop computer hidden under the duvet. On the device were indecent images as well as a link to online cloud storage which contained scores of videos of child sex abuse.

The court heard the laptop also had cleaning software to wipe files, an app for a virtual private network or VPN which allows users to hide their internet identity, and the Kik messaging app. The prosecutor said officers also found apps which linked to 14 different email accounts. In total police found he had 175 indecent images and videos of children as young as four, and that 68 of them were in Category A - that is videos and pictures showing the rape of children and other sexual violence. Dove had begun downloading the pictures in September, just a matter of weeks after being given the suspended sentence and SHPO.

Simon Matthew Dove, formerly of Port Talbot but now of Oystermouth Road, Swansea, had previously pleaded guilty to four counts of possessing indecent images and to breaching a SHPO when he appeared in the dock for sentencing.

Huw Davies, for Dove, said the defendant was "contrite" and wanted to tell the court that it was his intention not to repeat the offences. He said his client indicated he would comply with any orders made by the court, and was willing to work with the authorities to reduce the risk of him re-offending.

Judge Catherine Richards told Dove that by his actions in downloading the indecent pictures and videos he was "supporting the abuse and rape of young girls, and the worst kinds of sexual violence".

She said his behaviour following the imposition of the suspended sentence and SHPO had been deliberate and planned, and in her view and in the view of the author of the pre-sentence report he should be considered a dangerous offender who posed a high risk of sexual harm to children. As such, she said, an extended sentence was necessary.

With one-quarter discounts for his guilty pleas Dove was made the subject of an extended sentence of four years and three months comprising two years and three months in custody followed by a two-year extended licence. He must serve two-thirds of the custodial element of the sentence before he can apply for release but it will be for the Parole Board to determine if he is safe to be let out. He will be a registered sex offender for the next 10 years. 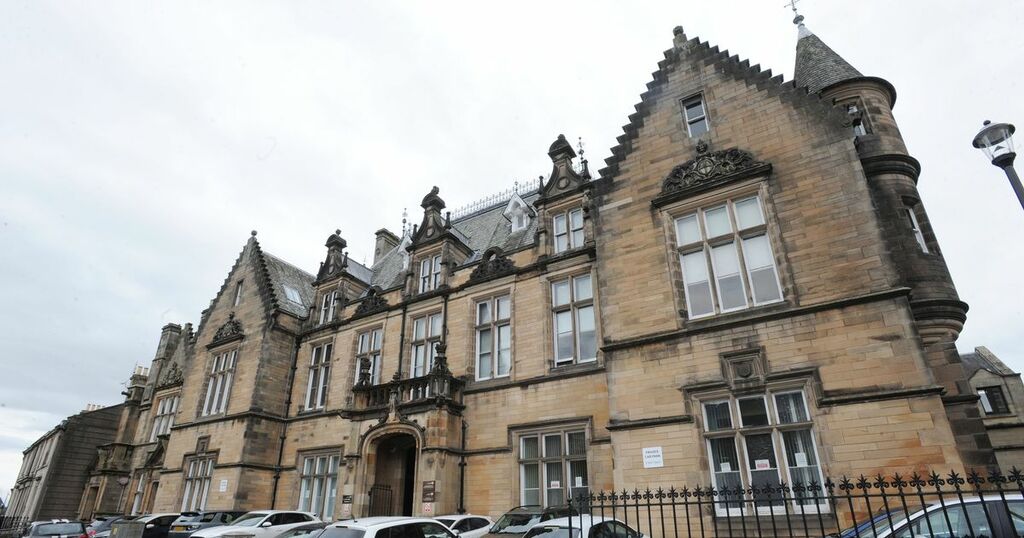 Daily Record
From analysis to the latest developments in health, read the most diverse news in one place.
Edinburgh man caught with indecent images of children after falling from drainpipe

The pensioner, who was caught with a large amount of indecent child abuse images, fell from a first floor window…

Christopher Downs, of Jarrow, asked to use the toilet during a raid at his home and was caught trying to…

Chronicle Live
One place to find news on any topic, from hundreds of sites.
County Durham man jailed for 12 years after FBI found he commissioned abuse of children in America