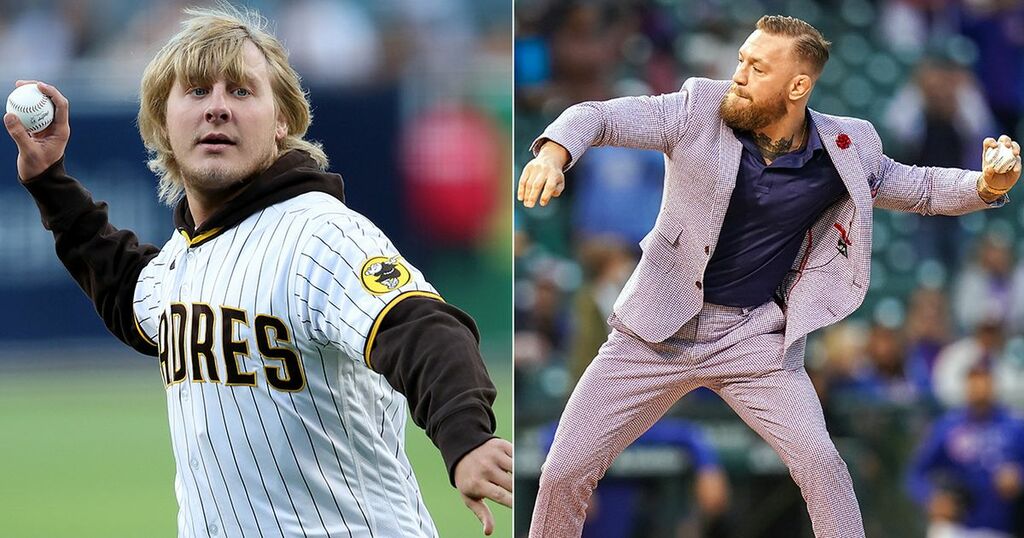 Daily Mirror
One subscription that gives you access to news from hundreds of sites
Cubs rookie Alfonso Rivas inspiring confidence with bat, glove

Paddy Pimblett made sure his first pitch was on target, unlike UFC star Conor McGregor, when he threw for the San Diego Padres last weekend.

Fan favourites Pimblett and Molly McCann were invited to Petco Park for the Padres' game against Chicago Cubs. Pimblett was first up to the pitcher's mound before the game took place and he opted for precision over power, something McGregor usually opts for.

The Liverpudlian, who wore a Padres jersey with 'The Baddy' on his back, embraced the catcher after his successful pitch. It must have brought the home side some good luck, as they went on to clinch a five-to-four win over the Cubs.

Pimblett's throw was the opposite of McGregor's, who pitched for the Cubs' game against Minnesota Twins last September. Third baseman Patrick Wisdom was left empty-handed after McGregor threw high and wide of the target.

The former two-weight champion was quick to defend his first pitch and blamed it on his injured leg, which he broke just two months prior in his trilogy fight against Dustin Poirier at UFC 264.

"The most devastating first pitch ever seen in the iconic Wrigley Field," McGregor told Marquee Sports Network. "The venom was there, the power was there. It's a little off accurate wise but you know, I'm on the one leg.

"I don't think there was much power difference between mine and them out there. Just the accuracy is a little off, but I'm happy with it. It was either lob it friendly or aim to take him off his feet. If that was on target, we would have had a problem I'd say. I'm happy with mine, then the two people that threw out the pitch before, great experience."

Aside from their contrasting first pitches, McGregor and Pimblett are both looking to book their next fights in the octagon. 'Notorious' is planning a welterweight return this autumn whilst Pimblett has been linked to a fight with Ottman Azaitar at UFC London on July 23.

The fight was leaked on a matchmaking board in the UFC headquarters, but Pimblett insists it isn't official. "I see that thing the other day, some baldy fella [Azaitar] they had me on a board with. My name was across from his It was on the board. I don't even know who he is or if I'm fighting him, the little mushroom," he said.

Daily Mirror
One subscription that gives you access to news from hundreds of sites
Cubs rookie Alfonso Rivas inspiring confidence with bat, glove