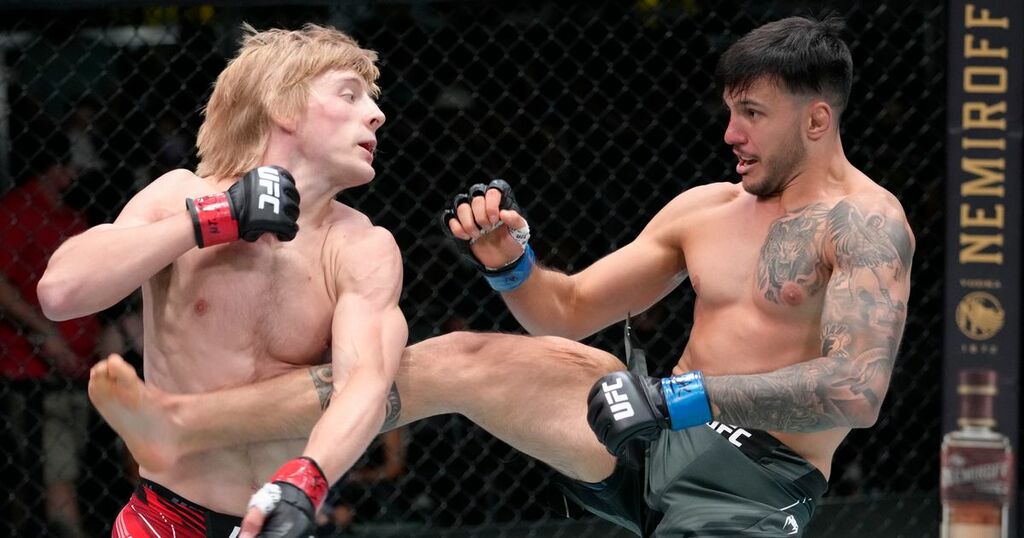 Paddy Pimblett has said he's not surprised by the rise in fame he's received after his debut UFC win as it's exactly what he was anticipating.

The Liverpudlian excelled in his win against Luigi Vendramini last weekend in Las Vegas, on a night where Molly McCann also stole the show.

That has led to a flurry of attention on the 26-year-old, who was already established as one of the most exciting MMA fighters in the UK.

While many would have been left stunned by the attention and focus, that's not the case for Pimblett as it's what he was predicting after his UFC debut.

“This is what I expected, all this, I knew what was coming, I knew that I was going to steal the show and everybody would be talking about me. It’s more for my family and the missus more than me because I always knew this was coming," he said.

“To be honest, it’s not the money now, it’s the fame. Cage Warriors gave me more money than I got for this UFC fight. It’s more about the fame and stuff like that.

"Now, everything’s just the same for me in my life. I’ve got my fiancé, my family, my close friends, I won’t let no bandwagon-jumpers coerce me into doing nights out just to help them. This is a selfish sport, I’m in this for me, simple as.

“I saw all this coming, what’s the point of being nervous when you know you’re going to win? I knew I was going to win and I knew I was taking the bonus. I’ll be honest, I didn’t really celebrate the bonus because it’s the start of many, I’ll be getting more.

"When I fight before the end of the year, I’ll be getting another bonus. I’m coming for them, especially until I get a new contract.”