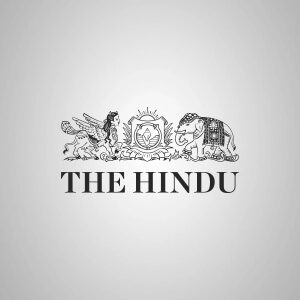 Bangkok Post
One subscription that gives you access to news from hundreds of sites
75 Indian villages to be shaped with Israeli cooperation: Agri minister

“As India and Israel celebrate 30 years of establishment of diplomatic relations, the ongoing bilateral partnership would be further strengthened…

Soaring price of essentials and low prices for farm produce

Causing huge financial loss to farmers, several hectares of paddy perished in the recent episodes of summer downpour in different parts of Kozhikode district. The worst-hit were farmers who ventured into large scale cultivation in Mavoor and Chathamangalam panchayats.

Many of the fields are still remaining water-logged with no options in sight to save the crops. The unexpected downpour came at a time when the farmers were waiting for a good harvest. In many areas, the harvest was delayed because of the shortage of workers.

Some of the farmers who suffered loss said they were not even in a situation to use machines like the combined harvesters to get the ripened paddy from the water-logged fields. Mainly three varieties of paddy got lost in the calamity, they said.

“Many of us had obtained bank loans to venture into paddy farming. The repayment would be difficult with the unexpected situation,” said C. Vijayan, a farmer from Chathamangalam area. He said there was no expectation of a torrential downpour hitting entire crops.

Farmers’ groups that ventured into paddy farming with the financial support of various local self-government institutions also faced a setback in various rain-related calamities. Not just paddy, but many other varieties of crop also got destroyed in the unseasonal rain.

Some of the farmers also said the loss cannot be compensated without suitable financial aid from the government or the local bodies concerned. They also claimed that the loss estimation process was pending in the limits of various grama panchayats to initiate the processing of compensation.

Meanwhile, agriculture department sources said the farmers would get eligible compensation on completion of the formalities related to the assessment of the loss. In many areas, the step had already been completed, they said.

Bangkok Post
One subscription that gives you access to news from hundreds of sites
75 Indian villages to be shaped with Israeli cooperation: Agri minister

“As India and Israel celebrate 30 years of establishment of diplomatic relations, the ongoing bilateral partnership would be further strengthened…

Soaring price of essentials and low prices for farm produce