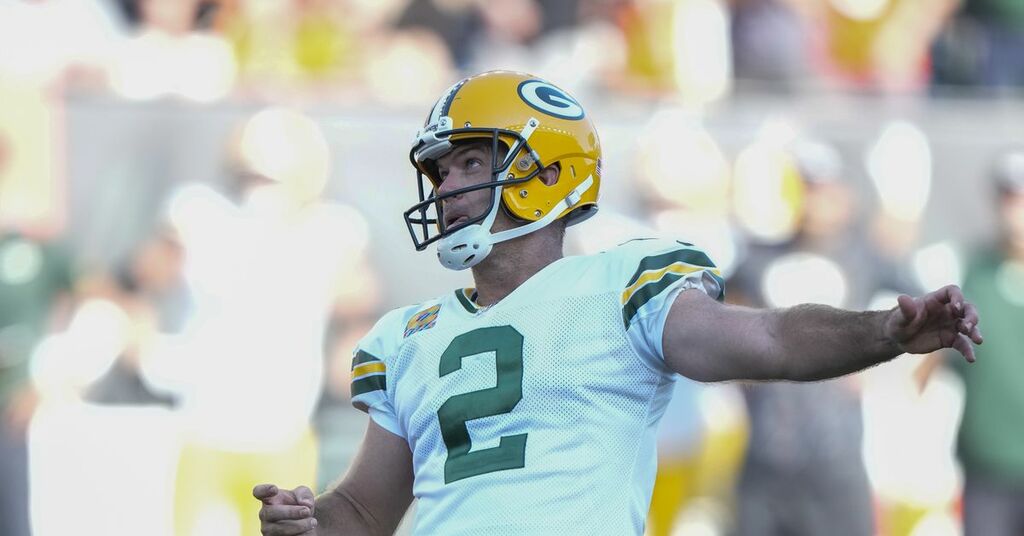 Packers head coach Matt LaFleur had a huge one to make late in overtime of Sunday’s game against the Bengals. He could have gone on fourth-and-inches to extend the drive, or allow Mason Crosby — who had missed three straight field goal attempts and an extra point in the game — to attempt a 49-yard field goal with 1:55 left in OT.

“It was just fourth-and-inches. I went over to Mason and I said, ‘Hey, what do you think?’ I saw the look in his eyes. There was zero flinch from him,” LaFleur said. “If I felt anything different, we were going for it.”

Not often have the Packers lacked confidence in their veteran kicker, but this was no ordinary day.

Crosby came in hot. He’d made 24 straight field goal attempts and 20 consecutive xtra points dating to last season. He was 11 for 11 on PATs and 6 for 6 on field goals to start this season.

Crosby’s last miss before Sunday came in the 2019 season finale against Detroit. But on a breezy Sunday at Paul Brown Stadium, those streaks came to an abrupt end.

“I have every confidence I’m going to make every kick,” Crosby said. “I had a couple go bad there. I was really happy to hit that last one. There was a little bit of relief.”

It was Crosby’s worst game since a 2018 loss to Detroit when he missed four field goals and an extra point. The Packers were doing everything to change the karma prior to Crosby’s last kick.

Receiver Davante Adams said he didn’t watch. Aaron Rodgers said he stood at the end of the sideline rather than in the middle like he had for Crosby’s misses.

“I was just trying to not be too superstitious,” said LaFleur. “I just was holding my breath.”

It also was a rough day for the rookie McPherson. He has two winning field goals already this seasons, but missed on both of his attempts Sunday.

“People think that when you’re a kicker, you just make kicks. It’s not an easy task doing that,” Adams said.

McPherson believed so strongly in his 49-yard attempt to win the game in OT that he celebrated by leaping into holder Kevin Huber’s arms, before realizing the kick sailed wide left.

“I mean, I honestly was celebrating before the ball, I guess, curved to the left,” McPherson said. “Maybe a gust of wind caught it at the last second. I struck it well. You know I’m upset about it but there’s nothing I can do about it now, just kind of move on to Detroit and the next kick.”

McPherson could have won the game in regulation, but his 57-yard attempt caromed off the right upright with 26 seconds left.

“We have a lot of faith in Evan,” said Bengals head coach Zac Taylor. “He’s going to hit a lot of those.”

Crosby and McPherson went a combined 4 for 9 on field goals Sunday. Crosby, who missed the PAT following the Packers’ first touchdown, said he and McPherson met after the game to discuss their strange afternoon.

“You live, you learn,” Crosby said. “We’re going to look at the film like we do every time, make or miss. I need to find a line on those and knock them through.”