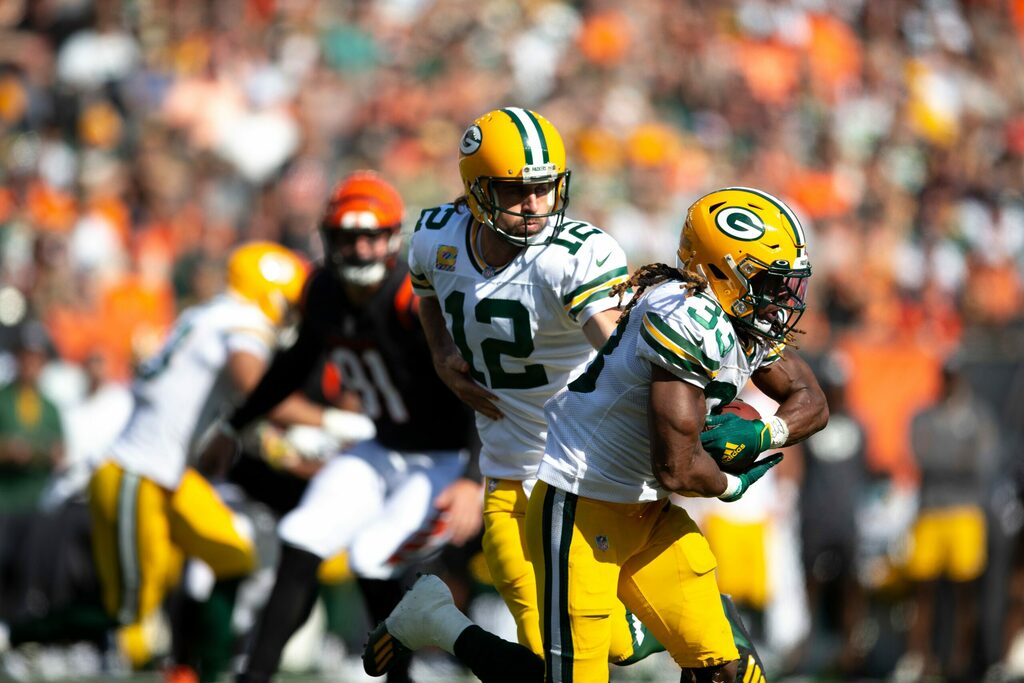 Today marked the first time in team history that the #Packers had a 300-yard passer, a 200-yard receiver & a 100-yard rusher in the same game.@AaronRodgers12 @tae15adams @Showtyme_33 #GBvsCIN | #GoPackGo pic.twitter.com/cRyFMhIXf8

The three stars of the Green Bay Packers offense accomplished something Sunday in Cincinnati that has never been done before in the history of the franchise.

In beating the Bengals by the final score of 25-22 in overtime, quarterback Aaron Rodgers, running back Aaron Jones and receiver Davante Adams helped the Packers produce the first 300-yard passer, 100-yard rusher and 200-yard receiver in the same game in team history.

Jones rushed 14 times for 103 yards, including a 57-yard run in the fourth quarter.

Adams caught 11 passes for a career-high 206 yards and a touchdown.

Together, the three were responsible for 447 total yards of offense against the Bengals.

Never before have the Packers played a game with equal levels of elite production passing, running and catching.

Adams went over 200 receiving yards for the first time in his career. The last time the Packers had a 200-yard receiver was Jordy Nelson in 2014, and while Rodgers had over 300 yards passing in the win over the Jets, the Packers didn’t have a 100-yard rusher. In 2004, Javon Walker had 200 yards receiving and Brett Favre had over 300 yards passing in a loss to the Colts, but again the team failed to field a 100-yard rusher. 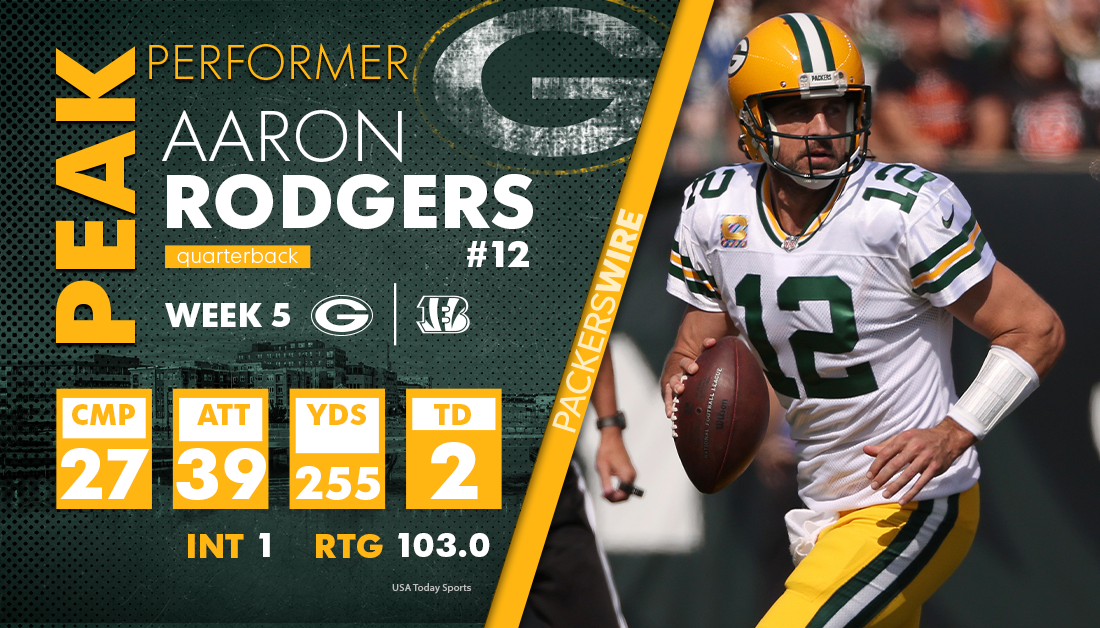 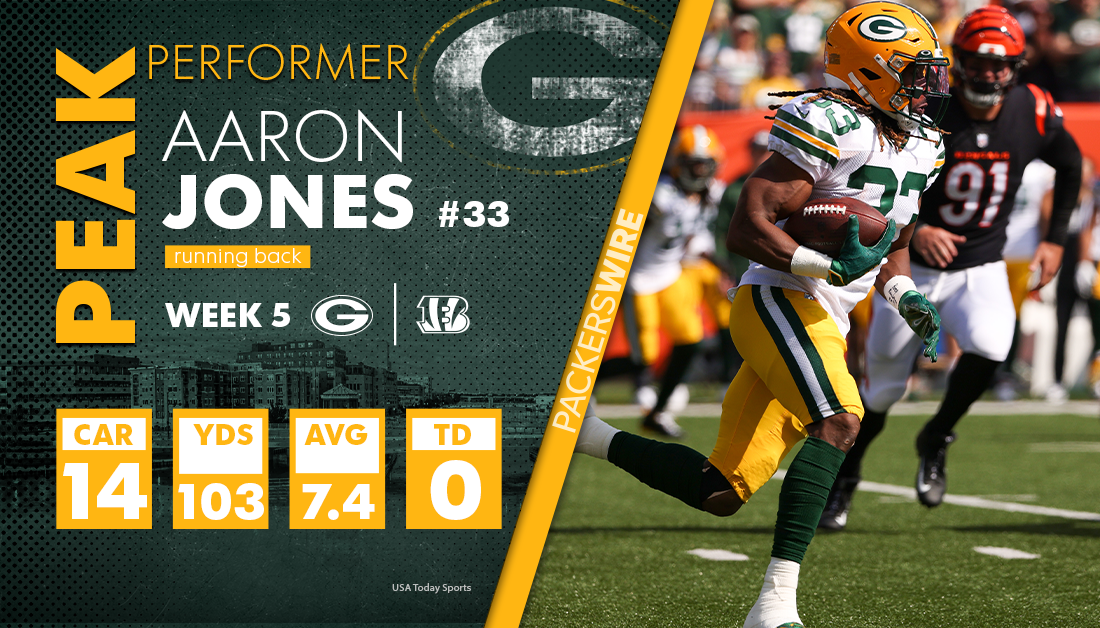 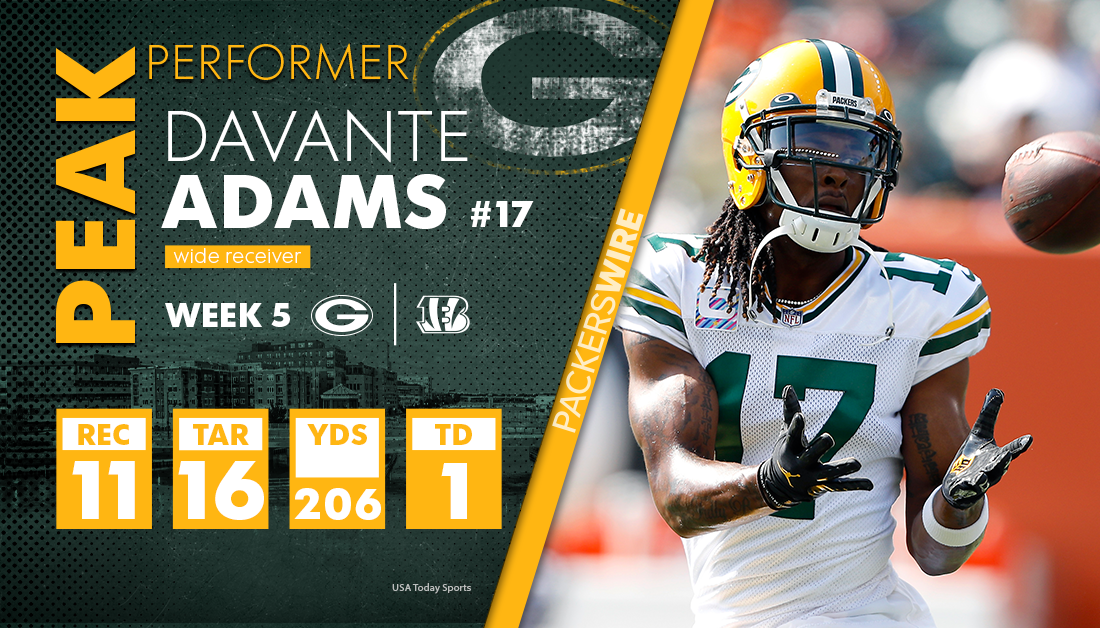 Packers vs. Bengals recap: What to know from Week 5 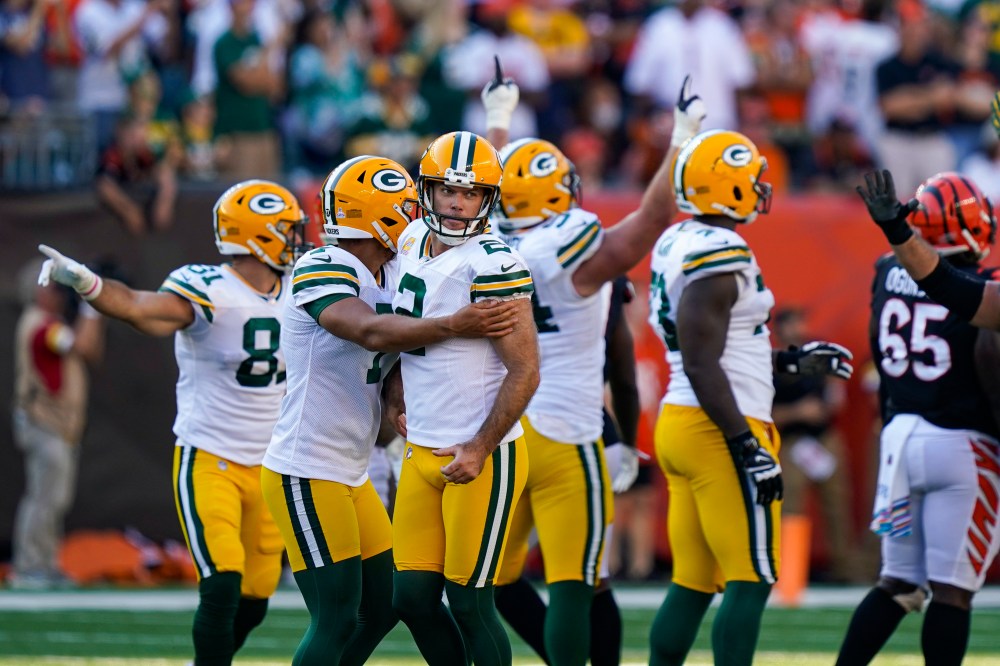