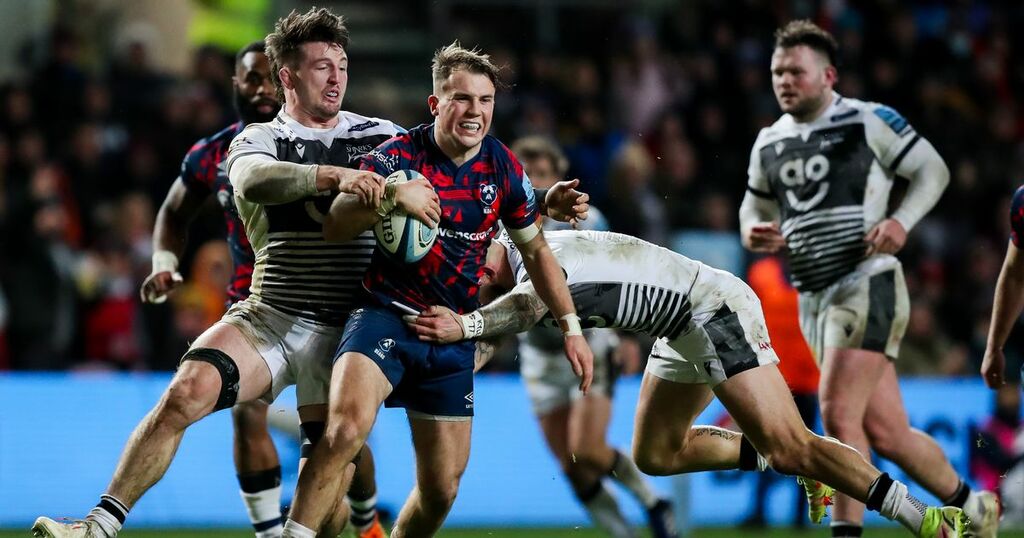 It was a cold night at the Gate on Friday but the Bears’ first bonus point win of the new year certainly warmed the fans’ cockles after the dreary defeat in the drizzle down at Exeter the week before.

There has been plenty of talk about not being a million miles away from the high standards that we set last season and Andy Uren’s last-gasp try certainly suggested that we had reached some sort of destination, but realistically there is still distance to go if we are to see consistent performances week in, week out.

However, lets focus on the positives.

The pack now seems to have sorted itself out and is providing a consistent platform from which we can attack teams in a way that we have become accustomed.

The set-piece was largely solid and the defence was yet again ferocious, led by the imperious Chris Vui who bagged the man of the match award for his monumental efforts.

Mention in dispatches should also go to Will Capon and John Hawkins who both performed impressively after being given starting berths.

We also looked more purposeful and balanced in attack. In particular, the back three delivered serious spark in the wide areas, the half back pairing were more assured and there were signs of Semi Radrada being used more creatively as a midfield weapon. Whilst Luke Morahan and Henry Purdy were excellent, mention must be made of Ioan Lloyd’s performance.

He’s had a quiet season but on Friday he provided the sort of razzle dazzle that marks him out as a fan favourite. His sparkling footwork, fearless tackling and sheer exuberance lifted the crowd and what more could be asked of him than the filthiest of offloads to deliver the final blow?

Questions still remain about his best position and no-one can be considered great until they have done it over a sustained period of time but there is no doubt that the Welsh wizard has magic in his boots.

Finally, the exciting finale reminded everyone what this crazy thing called sport is all about. The sheer joy that reverberated around the ground after Uren touched down highlighted the reason why players play, coaches coach and fans follow. It’s all about emotion. Take that away and you have nothing. C’mon Bris!

Listen to this week’s Bears Beyond the Gate on all major podcast platforms including Apple, Spotify and Buzzsprout