Pablo Fornals’ vow to fans ahead of start of Euro adventure 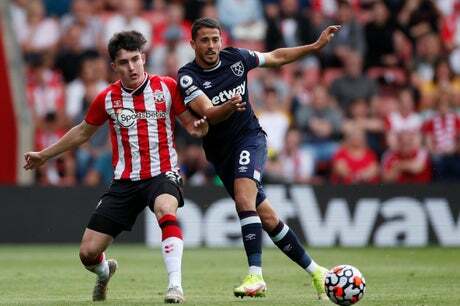 “We’re going to start this new experience for every one of us and I hope we are going to make all the West Ham supporters proud of these Hammers,” the Spain forward said ahead of the trip to Croatia.

David Moyes’ side remain unbeaten after four League matches but were frustrated in a 0-0 draw at Southampton on Saturday, in which Michail Antonio was sent off.

“It was a boring game for the people who watched it with not many chances until the end, but football is football, we got one point and we have to be proud of that,” Fornals said.

“We have been two weeks without each other, with a lot of players with their international teams, so we just trained together for two days, but it’s going to happen.

“We’re a great team, we have really good players and of course we’re going to be selected for countries and we have to understand that and try to keep the same moves when we return.”