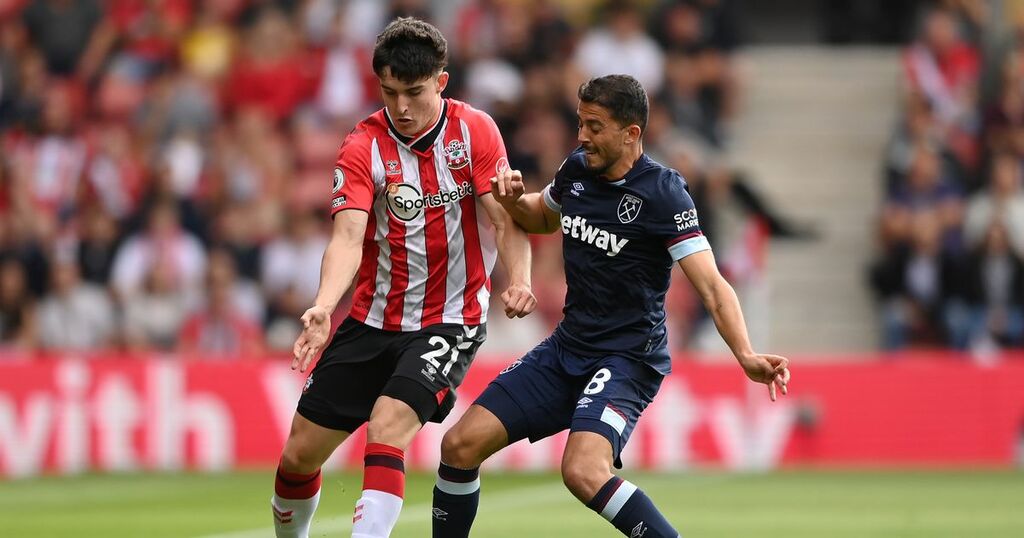 West Ham returned to league action on Saturday and were lucky to escape with a point against Southampton in a drab 0-0 draw. A game that even the Spaniard admitted was a 'boring' match for those watching.

Fornals and his manager David Moyes partly put the Hammers' lack of attacking creativity down to the September international break.

Fornals along with nine teammates was away from the club for a trio of international matches and they believe this affected West Ham's rhythm.

"We have been two weeks without each other, with a lot of players with their international teams, so we just trained together for two days, but it’s going to happen," Fornals told WHUTV.

"We’re a great team, we have really good players and of course we’re going to be selected for countries and we have to understand that and try to keep the same moves when we return."

Moyes was in agreement with Fornals saying after the match that "it looked like they had all been away, Pablo, Said [Benrahma], Mic [Antonio] so it looked like we lacked a real connection."

With games coming thick and fast for West Ham there will be little time to work on the training ground with just three full sessions before their Europa League campaign kicks off.

The Hammers will train from Monday to Wednesday at Rush Green before a Wednesday afternoon flight to Croatia to take on Dinamo Zagreb on Thursday evening.

West Ham have an away allocation of 1,243 seats at the Stadion Maksimir and Fornals is keen to put on a better performance than at St Mary's for the supporters.

"We’re going to travel and start this new experience for every one of us and I hope we are going to make all the West Ham supporters proud of these Hammers," he said.

Fornals might have admitted that the match was not the most exciting but took the positives of remaining unbeaten so far this season.

"I think it was a boring game for the people who watched it with not many chances until the end, but football is football, we got one point and we have to be proud of that," he said.

The Spaniard added: "We’re still unbeaten. Obviously, we went to Southampton to keep winning and keep taking three points and we couldn’t, but the work is always there and we always try to get the three points and get through without conceding any goals and lucky for us we didn’t concede any goals."