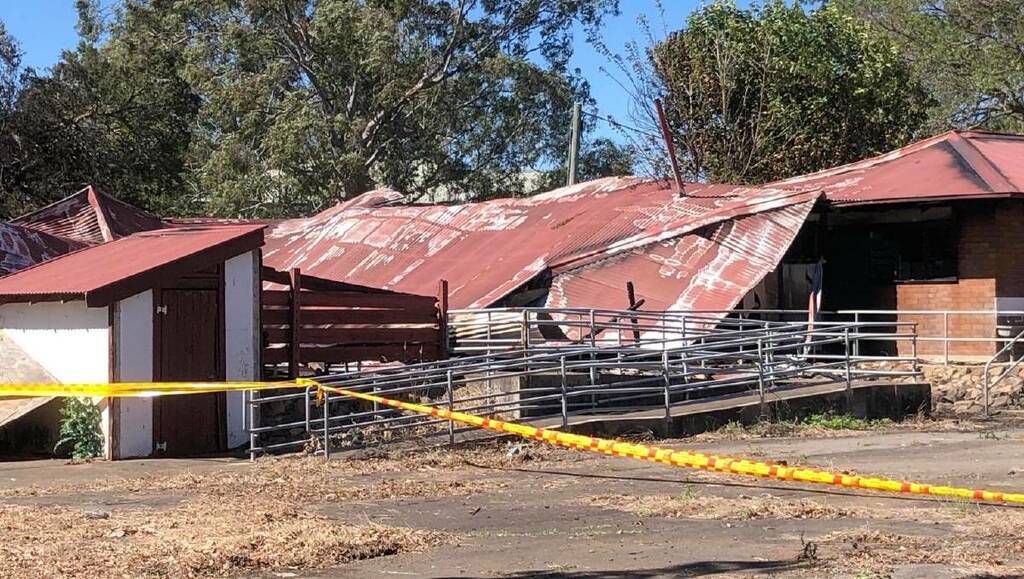 SINGLETON emergency services were hot on their heels from 10:30pm on Monday until the early hours of Tuesday after a series of fires, at least some of which are believed to habe been deliberately lit, were reported across the shire.

Singleton Fire & Rescue Station 444 received their first call of the evening to attend a grass fire behind the Singleton Cinema at 10:47pm.

Both the pump and tanker vehicles were deployed to the 5000 square metre fire, which is believed to have been deliberately lit.

"It took us roughly half an hour to extinguish the first fire," said Singleton Fire & Rescue firefighter Jason Carter.

Little did the team know this was going to be the first of many responses for the rest of the evening.

"We got back to the station, signed off then on our way home we got the second call to another fire at around 11:30pm," he continued.

The second fire was located behind Peter Dunn Real Estate on the levy which both Singleton Fire & Rescue Station 444 and NSW Police Services responded to.

"Our pumper was deployed to the levy and shortly after attending this fire we had another call for two additional fires further up the river bank at Cook Park," Mr Carter said.

Whilst both vehicles were attending the two current fires, a member of the public reported to the Singleton Fire & Rescue Station 444 team on site that there was another grass fire further down the river bank behind Civic Park.

Shortly after attending and responding to this call, Singleton Fire & Rescue Station 444 received a call from 000 informing them of a fire located at the unoccupied Catholic Junior School block located on Boundary Street.

"Our tender was still mopping up the remainder of the riverbank when this call came through and our pump responded to the old catholic school on Patrick Street and Boundary Street."

Mr Carter reported that all unoccupied demountable buildings were well alight and were most likely to contain asbestos. Crews geared up in breathing apparatus and deployed hose lines from the pumper onto the buildings.

"The Regional Duty Commander from Maitland was on site to assist in running the scene and roughly twelve firefighting vehicles were being utilised to extinguish the large fire," Mr Carter continued.

A compressed air foam vehicle was deployed from Rutherford Fire & Rescue Station 455 to smother the fire and furthermore prevent the asbestos in the debris from becoming airborne.

"Luckily we did not run out of water on the scene. We had trucks at the front and rear of the building to fight it at all angles."

Local emergency response crews took roughly three hours to extinguish and contain the fire. Firefighters who entered the building also had to go through a deep contamination process after the event due to the asbestos believed to be in the building and NSW Ambulance were on scene to ensure the safety of all firefighter's welfare.

Meanwhile, Aberdeen Fire & Rescue Station 208 were called to take charge of the Singleton command in case of further call outs during this time.

At 2:15am Aberdeen Fire & Rescue Services 208 responded to call for another grass fire at Merrick Park, along the river bank near Darlington Road, Singleton.

The grass fire was roughly a hectare in size and was a potential threat to a nearby business, Booral Cement Works.

"This fire was quite large compared to the other grass fires that were responded to across the evening and took five trucks around 40 minutes to completely extinguish," Mr Carter continued.

Lastly, Emergency Service Crews were called back to the fire behind Civic Park on the Riverbank at roughly 3:08am. Aberdeen Fire & Rescue Station 208 had just finished at Merrick Park before responding to the call out. It is believed that the fire had either reignited or been relit in this area.

The incident located at the unoccupied block on Boundary Street is being treated as crime scene and is currently under investigation by a forensics team.

"It was a very busy evening for all people involved and we are very happy that nobody was injured at any of the call outs," Mr Cater continued.

Superintendent Scott Dodson said this is a timely reminder that calling Triple Zero (000) for a fire emergency can be the difference between life and death, or a building or other property being saved or destroyed.

The Triple Zero (000) service is the quickest way to get the right resources from emergency services to help you. It should be used to contact Police, Fire or Ambulance services in life-threatening or time-critical situations.