'Over the moon': Samson the dog rescued after pet detectives' help 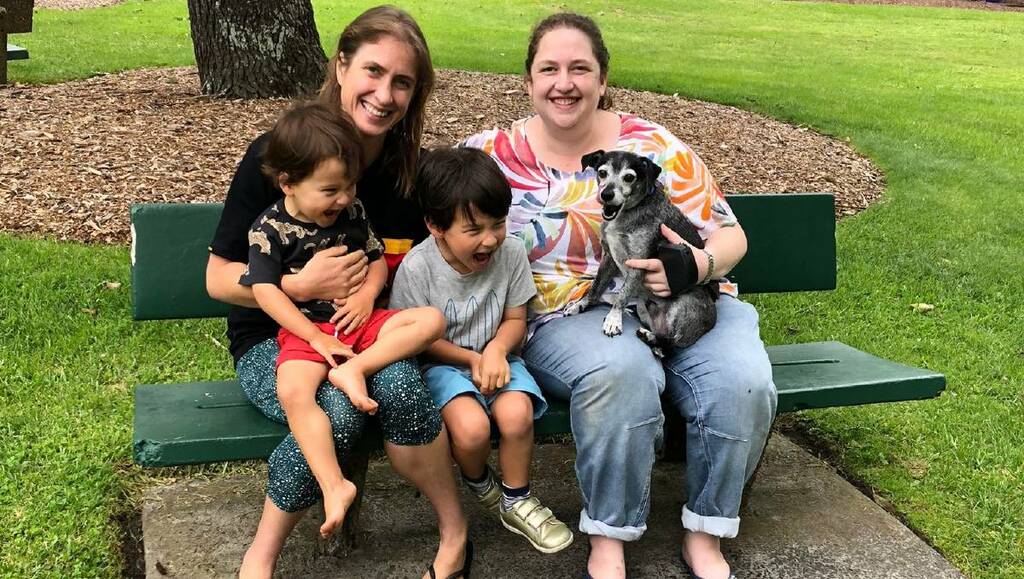 An 11-year-old rescue dog who went missing on new year's eve has been found in good spirits after a pet detective spent 90 minutes negotiating with a woman who believed she had rescued him.

After more than one week without success, national investigators at Arthur & Co. Pet Detectives were asked for help.

The organisation's founder Anne-Marie, who wanted her surname to be withheld, said they were brought in on Saturday because of growing concerns.

"It's like with a missing child or person. Time matters because a lot can happen in seven days," she said.

Anne-Marie said they released a call for information on their social media pages that led to the good news.

"Within only a matter of hours did we receive some anonymous information that then helped us do a bit of research and piece together some data points that enabled us to find an address," she said.

Anne-Marie said her colleagues on the ground went to the woman's premises on Saturday night but she was not home.

"Although Samson could be seen, barking, inside the residence, so that was a relief to get proof of life and his whereabouts," she said.

"It was incredibly heart-breaking to see him through the windows and not be able to do anything about that."

Anne-Marie said she spoke with the woman via phone at 7.30am-9am on Sunday and after "a lot of back and forth with her", Samson was released.

She said the woman's motivation for taking the dog was her believing she rescued him from the owners, who she thought were inside the Burns Club playing pokies.

"I had to reassure her that he had been owned by his family his entire life and he was very well loved and care for," Anne-Marie said.

"I told her that as a pet detective, one of the first things I do is I make sure the people I represent are very good owners and that all of the supporting evidence is there to make sure the dogs are legitimately owned and loved."

"I suppose the moral of the story is never assume and it's not finders keepers," she said.

Seconds after retrieving Samson, Ms Green's parents drove him to Mittagong where he reunited with the rest of his family.

Ms Green said when they heard he was found, the family was "over the moon".

"He's doing really well and he's been well looked after," she said.

"We're just so happy and grateful to everyone in Canberra looking for him in the past week."

Ms Green said her children made drawings and decorations as part of his homecoming.

"Thank you from the bottom of our hearts to Anne-Marie and her team - they ended up doing it pro bono for us," she said.

"We thank her and the people who gave them tip-offs."

She also thanked the Burns Club, which helped by going through its CCTV footage, showing the woman putting the dog into her car.

Anne-Marie reminded people that if they find missing pets, they were required to take them to a safe place such as a vet or the RSPCA.