Over the limit: We name and shame the 'dangerous' drink drivers who put lives at risk on our roads

Over the limit and behind the wheel, these are the dangerous drink drivers who put lives at risk on our roads.

Motorists from across Tyneside have been caught out taking to our roads when they have had a drink.

As we approach the Christmas party season, a road safety charity is urging drivers not to get in their cars after just one drink.

Brake is now calling on whoever is in Government after next month's general election to implement a 'zero-tolerance' drink-drive limit that makes it clear their is no 'safe' amount of alcohol.

And today we reveal the names and faces of some of those who have been caught out.

A Brake spokesman said: “Drink-driving is still all too common on our roads and tragically we are approaching the time of year when the most incidents take place, the Christmas period.

"Whilst we want people to go out and enjoy the festive season, drivers must know that getting behind the wheel after drinking can have potentially devastating consequences. Simply put, if you are drinking, don’t drive, and if you must drive, don’t drink.

"The current drink-driving limit gives a false impression that it is safe to drink and drive – this is a dangerous message and one that couldn’t be further from the truth.

"A priority for the next Government must be to implement a zero tolerance drink-drive limit, making clear to drivers that not a drop of alcohol is safe, and increase investment in national roads policing to provide the police with the resources they need to tackle the menace of drink driving."

Here are some of Tyneside's dangerous drink drivers recently caught out and taken to court.

Mum Henry was caught drink-driving after she made a trip to a McDonald's drive-thru.

The 27-year-old went to the fast food restaurant in Potts Street, Byker, Newcastle, on September 29 in a Citroen C1.

But staff suspected she had been drinking and the police were informed.

Tests revealed Henry had 57 microgrammes of alcohol in 100 millilitres of breath - the legal limit is 35 microgrammes.

The driver, of Wallington Avenue, Cullercoats, pleaded guilty to a charge of driving with alcohol level above limit at North Tyneside Magistrates' Court.

She was banned from driving for 15 months and ordered to pay £237, which included a fine and court costs.

McLellan tried to convince magistrates he had no choice but to get in his car while more than three times over the limit.

The 30-year-old pleaded guilty to driving while over the breath alcohol limit but, in an earlier hearing he claimed he had been forced to drive to escape from an attack.

But magistrates did not accept the excuse.

The court heard McLellan was spotted by a police officer at around midday on August 2 driving his black Kia Picanto through South Shields. The officer had been aware the car might be under the control of a drunk driver, so he pulled the car over.

A breath test showed McLellan, of Sheridan Road, South Shields, had 113 microgrammes of alcohol in 100 millilitres of breath - more than triple the limit.

He was sentenced to a 12-month community order, ordered to do 80 hours of unpaid work and banned from driving.

Hatch was caught driving over the limit during the early hours of the morning, in South Shields.

He was driving along John Reid Road in a Jaguar X-Type when he was signalled to stop by police officers.

The 63-year-old was found to be nearly twice the alcohol limit.

Hatch was banned from driving for 18 months and ordered to pay £327 in fines and court costs.

Mashoko knocked over a police officer who was trying to deal with a disturbance.

The Northumbria Police officer was called to Prince Consort Road, in Gateshead, after reports of an incident involving up to 40 people, on September 22.

While she was at the scene she was struck by a Nissan Qashqai, driven by Mashoko.

South Tyneside Magistrates' Court heard she was thrown into the air and suffered serious injuries when she landed on the ground.

Mashoko, 43, of Coatsworth Court, Gateshead, pleaded guilty to driving with alcohol level above limit and driving without insurance.

Mashoko was banned from driving for two years and ordered him to pay £250 in compensation to the officer as well as £85 in court costs.

He was also given a 12-month community order with rehabilitation activities and 200 hours of unpaid work.

Pensioner McKinnon caused chaos in Byker, Newcastle, when he got into his car after drinking.

A court heard how Onlookers had to pull the keys out of 73-year-old's vehicle in a bid to prevent him driving.

Onlookers detained McKinnon, of Harbottle Court, Byker, at the scene before police arrived.

At court he pleaded guilty to a trio of offences relating to the September 16 incident, including failing to co-operate with a preliminary test and driving without a valid licence or insurance.

Low made a string of crude remarks as police questioned him after his drink-drive arrest, a court was told.

The 34-year-old, of Vine Street, Wallsend, was pulled over by police on September 7.

A roadside breath test revealed he had 107 microgrammes of alcohol in his breath, the legal limit 35mg.

However, when he was taken to Forth Banks Police Station he refused to give a second test.

The court heard that when asked if he'd inhaled anything, Low replied "oxygen".

And when asked if he'd brought anything up from his stomach, his crude reply was: "Just a s***".

Low, who pleaded guilty to failing to supply a specimen for analysis, had been drinking.

Magistrates issued him with an £821 fine.

He was banned from driving for 12 months and ordered to pay £85 in costs and an £82 charge.

Intoxicated Reynard left a trail of destruction when he crashed into a residential care home for youngsters after stealing his girlfriend's car.

The reckless motorist helped himself to the Nissan Qashqai while his partner was asleep and drove it to a petrol station while over the alcohol and cocaine limit, on March 17.

On the way back, he crashed into a wall and into the side of Cheviot House, in Cramlington, leading youngsters to fear there had been an explosion and damage estimated at £8,000.

The self-employed dry liner admitted aggravated vehicle taking, drink and drug driving and having no insurance, at Newcastle Crown Court. Reynard, who has previous for criminal damage and common assault, was sentenced to nine months suspended for two years with 200 hours unpaid work, £425 costs and he was banned from driving for 18 months.

He became one of Tyneside's most wanted after attacking Gateshead pensioner Alan Barnes outside his home.

But Gatiss landed himself back in the dock for drink-driving after being released from his four year jail sentence.

Gatiss, 30, of Split Crow Road, Gateshead, appeared at North Tyneside Magistrates' Court earlier this year where he pleased guilty to  driving with alcohol level above limit, driving without a licence and without insurance.

The court heard how at around 9pm on June 21 a witness, who was on a night out in Newcastle with friends, saw a car crash into a barrier.

The police arrived at the scene and Gatiss was later charged with drink driving. It was found he had 80mg of alcohol in 100ml of breath - the legal limit is 35mg.

At Newcastle Crown Court Gatiss was sentenced to an 18-month community order and banned from driving for 20 months.

The 30-year-old pleaded guilty to all the allegations. 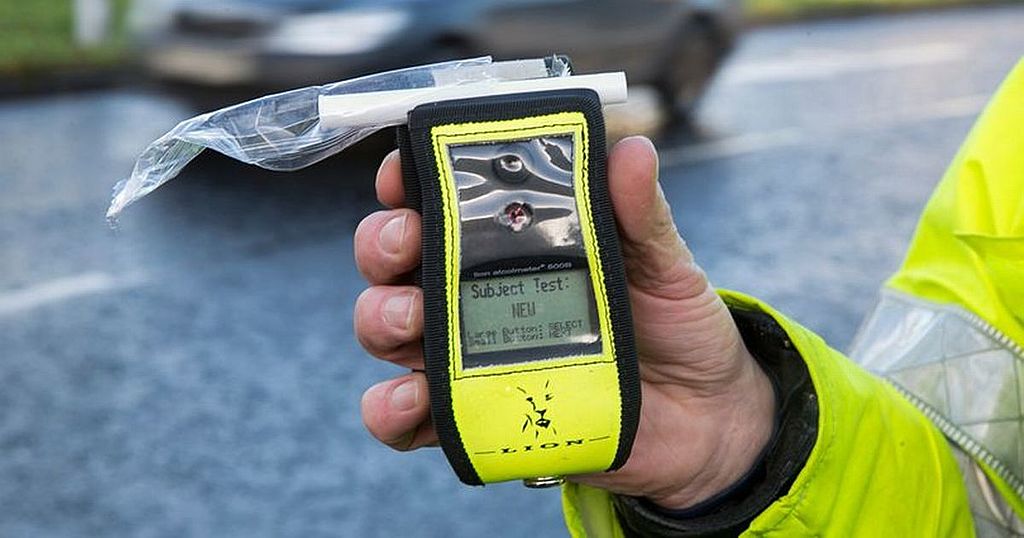 Bristol Post
One subscription that gives you access to news from hundreds of sites
Named and shamed: The latest drink drivers brought to justice

Their cases were dealt with at Mansfield Magistrates' Court

It was an unlucky day for Bristol motorist Callum McKay

David Cooper hit a man while he was driving a Ford Fiesta on Clifton Road, in Cramlington, and was found…

Chronicle Live
One subscription that gives you access to news from hundreds of sites
Police rescue suspected drink-driver who flipped his VW Up onto its side... then urinated in the back of their patrol car

Police say he blew twice the driving limit, then had the cheek to blame the police for his lack of…