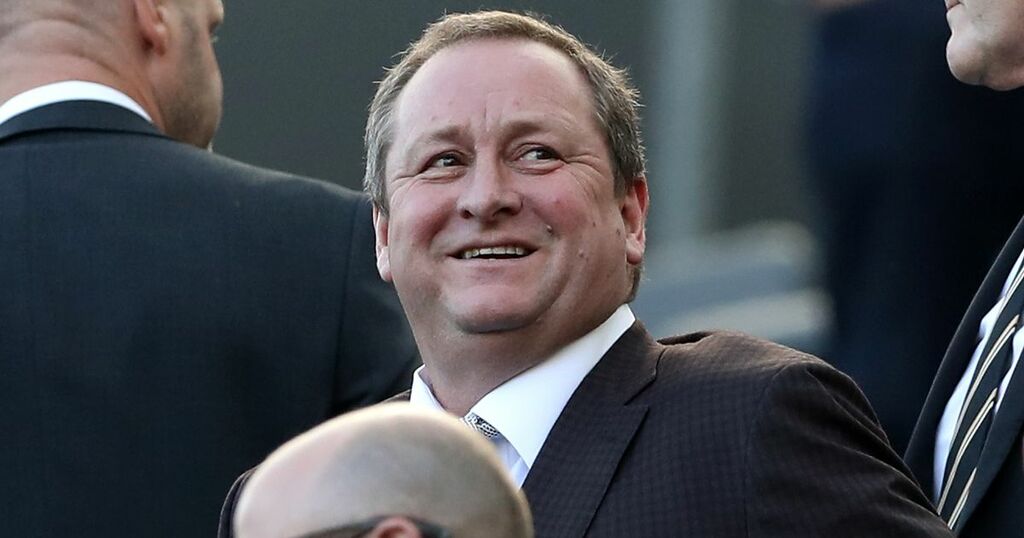 Newcastle United are still feeling the effects of owner Mike Ashley's 'for-sale' statement over a decade on.

Ashley bought the club in May 2007 with the club racking up debt but competing at the top end of the Premier League and responded to calls for him to put the club up for sale just over a year into his tenure.

It came in the aftermath of a dispute with Kevin Keegan and a lack of investment into the squad which saw the Magpies legend leave the club for third time.

The retail tycoon has stood by his sustainable approach to running Newcastle, but a look back at his statement in September 2008, shows that the club and fans are no further forward - 13 years on.

There are distinct parallels between Keegan's tenure and now Steve Bruce.

A dismal summer transfer window has only reignited fans' anger over a lack of investment into the playing squad.

The Magpies brought in just one player this summer and released a statement to fans explaining the recent window.

Ashley defended his sustainable approach once again, citing that it "does not come at the expense of being ambitious, and it is built on the core principle that we will spend what we have".

It's an approach that the Newcastle owner has reiterated over his entire ownership.

In the statement released in 2008, Ashley said: "I knew that the club would cost me money every year after I had bought it. I have backed the club with money. You can see that from the fact that Newcastle has the fifth highest wage bill in the Premier League. I was always prepared to bank roll Newcastle up to the tune of £20 million per year but no more. That was my bargain. I would make the club solvent. I would make it a going concern.

"I would pour up to £20 million a year into the club and not expect anything back. It has to be realised that if I put £100 million into the club year in year out then it would not be too long before I was cleaned out and a debt ridden Newcastle United would find itself in the position that faced Leeds United.

"That is the nightmare for every fan. To love a club that overextends itself, that tries to spend what it can't afford."

This Friday's game against Leeds is a stark sign that things have not changed in 13 years.

During that time the Whites have dropped down to League One and have risen back up through the leagues with aspirations of Europe.

Barring one season in the Europa League under Alan Pardew, the ideal of playing European football has been a shot in the dark for Magpies fans.

Allan Saint-Maximin's former coach recently revealed that the club's reputation in Europe had taken a hit and Ashley's 'For-sale' statement has foreshadowed the clubs decline.

Ashley previously said: "That will never happen to Newcastle when I am in charge. The truth is that Newcastle could not sustain buying the Shevchenkos, Robinhos or the Berbatovs. These are recognised European footballers. They have played in the European leagues and everyone knows about them.

"They can be brilliant signings. But everybody knows that they are brilliant and so they, and players like them, cost more than £30 million to buy before you even take into account agent commissions and the multi-million pound wage deals.

"My plan and my strategy for Newcastle is different. It has to be. Arsenal is the shining example in England of a sustainable business model. It takes time. It can't be done overnight. Newcastle has therefore set up an extensive scouting system. We look for young players, for players in foreign leagues who everyone does not know about.

"We try and stay ahead of the competition. We search high and low looking for value, for potential that we can bring on and for players who will allow Newcastle to compete at the very highest level but who don't cost the earth.

"I am prepared to back large signings for millions of pounds but for a player who is young and has their career in front of them and not for established players at the other end of their careers. There is no other workable way forward for Newcastle. It is in this regard that Dennis and his team have done a first class job in scouting for talent to secure the future of the club.

"You only need to look at some of our signings to see that it is working, slowly working. Look at Jonas Gutierrez and Fabricio Collocini. These are world class players. The plan is showing dividends with the signing of exceptional young talent such as Sebastien Bassong, Danny Guthrie and Xisco. My investment in the club has extended to time, effort and yet again, money being poured into the Academy."

Bruce is the latest manager left feeling the effects of Ashley's lack of investment. The Magpies boss had hoped to bring in a number of deadline day additions, but nothing would transpire.

Ashley has remained firm in his approach to not investing money that the club cannot afford and fans are once again looking to protest against his rule.

In 2008, Ashley would go on to add that he has placed the club "on a sound financial footing" but states that the sale of the club would not be a "fire sale".

He said: "I hope that all the fans get to read this statement so that they understand what I am about. I would not expect all of the fans to agree with me. But I have set out, clearly, my plan. If I can't sell the club to someone who will give the fans what they want then I shall continue to ensure that Newcastle is run on a business and football model that is sustainable. I care too much about the club merely to abandon it.

"I have the interests of Newcastle United at heart. I have listened to you. You want me out. That is what I am now trying to do but it won't happen overnight and it may not happen at all if a buyer does not come in.

"You don't need to demonstrate against me again because I have got the message. Any further action will only have an adverse effect on the team. As fans of Newcastle United you need to spend your energy getting behind, not me, but the players who need your support.

"I am determined that Newcastle United is not only here today, but that it is also there tomorrow for your children who stand beside you at St James' Park."

While Newcastle fans can take a glimmer of hope from the proposed takeover that's rumbling on in the background, Ashley's ownership of the club is showing no sign of an immediate conclusion.

With the arbitration case postponed until next year, will fans be left waiting another decade until a new owner take over at the helm?