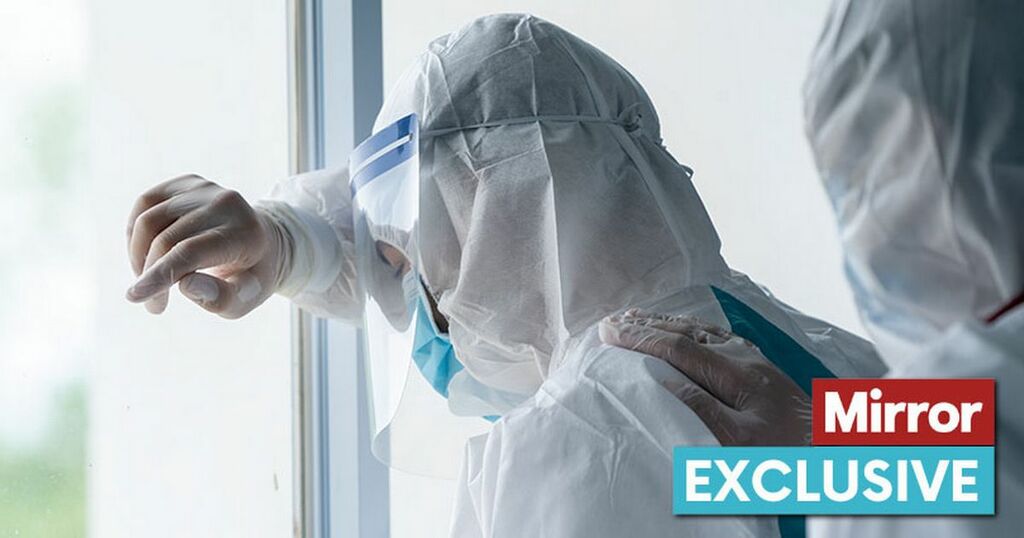 More than 2,500 doctors quit the NHS last year as exhaustion and “battlefield” conditions took their toll.

Bosses fear the tidal wave of departures, including consultants, GPs and surgeons, could cripple the service as staff sickness surges.

NHS England says more than 27,000 medical staff, including consultants, GPs and surgeons, quit between July and September – around 2% of the entire workforce. The mass exodus is the largest since records began in 2011.

Almost 7,000 said they left because they could no longer live a normal life.

The figures come as the UK became the seventh country to pass 150,000 deaths within 28 days of a positive Covid test, following the US, Brazil, India, Russia, Mexico and Peru.

Labour MP and A&E doctor Rosena AllinKhan warned that her colleagues were at “breaking point”.

She said: “I’ve been a doctor for over 15 years and have friends on the NHS front line all over the country. No matter where they are, or what speciality they work in, they all feel exhausted and many are considering leaving.

"It goes against every fibre of their being, but for nurses stretched beyond measure, GPs who are understaffed or surgeons who have had to cancel operations, it is becoming too much.

“It’s more and more difficult to provide the world-renowned treatment and care they’ve been so proud of their entire careers.”

Dr Allin-Khan said many were leaving rather than face growing personal danger.

She added: “No one signs up for risking their life with incorrect protective equipment, watching teammates die or in intensive care, suffering indescribable fatigue and being many, many team members down, every single shift.

“Up and down the country, going to work feels like entering a battlefield.”

Among the thousands desperate to flee the horror was Kirsty Brewerton, 34, who spent the pandemic on an often-understaffed ward at University Hospital Coventry & Warwickshire.

She quit her staff job so she could take on shifts only when she felt able.

Kirsty said: “We were experiencing a staffing crisis prior to the pandemic, so the impact now is off the scale.

“The last few waves have battered the workforce. We’ve had an exodus of intensive care and theatre staff due to the horrors they faced.

“We’ve got staff leaving for admin roles that will pay more for a lot less stress. We’re being asked to do more and more but have nothing left to give. Our best isn’t enough any more.”

Speaking anonymously, a nurse of 24 years told the Sunday Mirror how she had never wanted to leave the profession – until now.

She said: “Being a nurse is all I’ve ever wanted.

“But I’m exhausted, I dread going to work as I never know what I’ll have to face. We’re often short-staffed, so those who are left are barely able to deliver the most basic care.”

Absences of hospital staff in England due to Covid soared almost 60% on January 2 to 39,142.

The NHS is already short of 93,000 workers, MPs revealed this week. The Commons health and social care select committee said the stretched health service was facing an “unquantifiable challenge”.

Chairman and former health secretary Jeremy Hunt said: “Omicron is exacerbating the problem, but we already had a serious staffing crisis, with a burnt-out workforce.

“Far from tackling the backlog, the NHS will be able to deliver little more than day-to-day firefighting unless the Government wakes up to the scale of the staffing crisis.”

A Government spokesman said there were “record numbers” of doctors and nurses working in the NHS with “over 5,100 more doctors and over 9,700 more nurses compared to last year”.

They added: “We are doing all we can to support our health and care staff, including their mental health and wellbeing, with dedicated services like helplines and the wellbeing hub.

“NHS staff have rightly received a 3% pay rise this year and we are committed to reducing vacancy numbers and growing the workforce.”

Scientists warn the NHS faces further pressures with a surge in hospitalisations “baked in” following mixing at Christmas and New Year.

Prof Christina Pagel, of Independent Sage, said: “That is a particular worry for hospitals.”

Experts also warn of another surge now schools are back. More under-18s have been infected in the last three weeks than caught the virus over six months of the 2020 first wave.