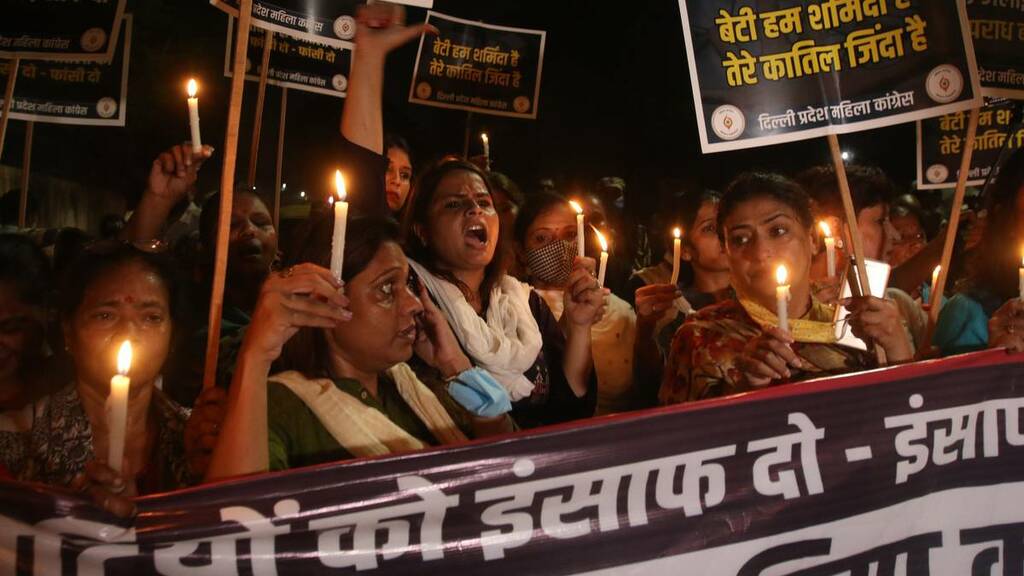 Six young girls were stripped naked and paraded through a village in northern India as part of a ritual to summon rains, sparking outrage across the country.

Video footage from the drought-stricken village in the Bundelkhand region of Madhya Pradesh was shared on social media, showing naked girls below the age of 10 carrying heavy wooden flails that had a frog tied to them.

The girls, some reportedly as young as 5, led a procession of the village's women who sang songs of devotion to the Hindu gods and collected grain from each household in the village, before donating the food to the community kitchen of a local temple.

Such rain rituals are common in many parts of rural India but do not usually involve child nudity. The parents had given permission for their daughters to participate, but the girls said they had been forced.

India's National Commission for Protection of Child Rights and the Madhya Pradesh police said they are launching an inquiry and would take action against any individual who had recorded and shared video footage of the girls.

"It is a tradition here that can be termed superstition. We will investigate. In case we come to know about force being used against the children while they are paraded naked, we will initiate action," said a policeman from Bundelkhand.

Horrified Indians described the parade as "disgusting" and "sick" on social media and many demanded action against organisers: "Arrest and fine these brainless people so that they don't repeat this again," wrote one Facebook user.

Recent data on children's safety in India is not available but a 2007 study by the Indian government found that more than half of Indian children reported that they had been sexually abused. One in five children had experienced severe sexual abuse.

India was also named the most dangerous place in the world to be a woman by a 2018 Thomson Reuters Foundation poll, ahead of conflict-ridden Afghanistan and Syria.

It is feared that the country's devastating Covid-19 pandemic will only further worsen girls' safety. Initial reports suggest a surge in minors being married underage, trafficked, and forced into bonded labour as India endures a record economic downturn.