Outlander season 6: Everything we know about 'Come What May' 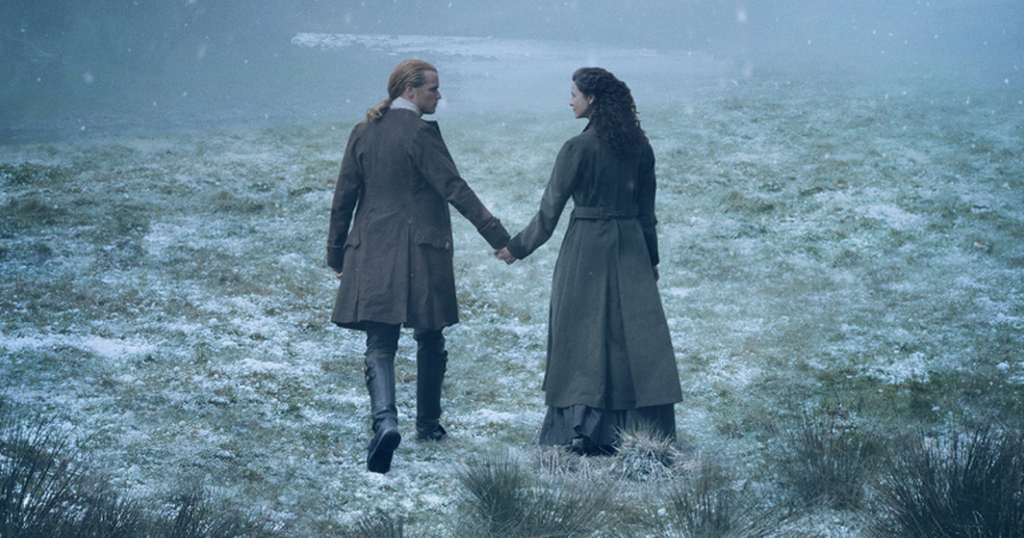 Starz has finally dropped the first trailer for season six of Outlander - and fans are getting more eager to watch the show with many suffering from what they call "droughtlander".

The 45-second trailer starts off by showing husband and wife Jamie and Claire Fraser looking happy as they settle in the British colonies of America in the 18th century.

But it soon takes a turn when Claire says "it's starting - the storm, the war - it's almost here."

For those of you who don't know, Outlander is first set in 1945 when a married combat nurse named Claire Randall (Caitriona Balfe) travels back in time to 1743 with no way to get back. She soon falls in love with Jamie Fraser (Sam Heughan) and both must fight to survive - something that is clear from the recent trailer.

The historical hit drama series is based on a series of novels by Diana Gabaldon and has become a TV phenomenon around the world with much of its story rooted in historical fact.

So what do we currently know about season 6 and is it true Outlander is leaving Amazon Prime?

When will Outlander season 6 air?

Filming wrapped up in the first week of June for season six which is called 'Come What May' and at the moment it is being teased for "early 2022".

However Jamie Fraser himself said it will be released in February shortly before filming wrapped up.

No exact date has been given yet but we will update this when there is.

Where can I watch Outlander season 6?

Currently Outlander is on Amazon Prime in the UK and Starz in the US. This is set to change however with season six being shown on Starz and not Prime.

You can read more about that move and how to get Starz in the UK here.

How many episodes will there be of Outlander season 6?

Outlander season six will comprise of eight episodes while the season 7 will be extended to 16 according to Elle.

This will include a 90-minute premiere episode with Caitriona Balfe, Sam Heughan, Sophie Skelton, Richard Rankin, and John Bell all reprising their starring roles.


What will happen in Outlander season 6?

Outlander season six will be loosely based on Diana Gabaldon's sixth book 'A Breath of Snow and Ashes' which spans from early 1773 to late 1776.

Executive producer Ronald Moore discussed this in more detail with Entertainment Weekly and said: "Every year we approach it fresh. Should we keep it a book a season? We've done that up until now. But we've talked about splitting books, and we've talked about combining them.

"We want to be free in the writers' room to pick and choose and do what feels most comfortable that year."

According to DenofGeek, Balfe opened up about what fans can expect from season six and admitted there will be a "seriously twisted narrative".

Will there be an Outlander season 7?

According to Deadline, Jeffrey Hirsch - president and CEO of Starz, is open a seventh season. He explained: "As long as the fans continue to crave the story, we'll continue to have Outlander on the air. We are constantly talking to our partners at Sony and the show continues."

Where can I watch Outlander season 6 trailer?

If you scroll to the top of this article, we've already got it there for you.