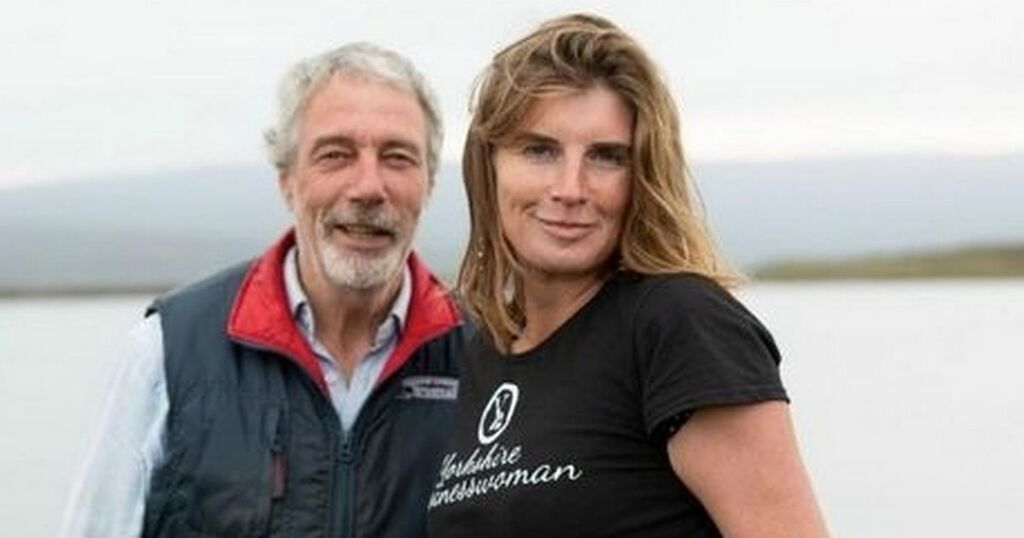 The eldest - and unknown - daughter of Our Yorkshire Farm 's Clive Owen says there's a secret rift which has seen her cut off from her family.

Rosie has spoken out about her famous family, saying her bond with her dad and stepmum - sexy shepherdess Amanda Owen - is beyond repair.

The Channel 5 show appears to follow the idyllic family life of Clive, Amanda and their nine children as they work on their farm.

But Rosie, 34, who is one of Clive's two children from his first marriage, has spoken out about her soured relationship with her father.

She says the relationship is so bad that she can't even bare driving past their farm in the Yorkshire Dales.

She told The Sun : "Millions tune in to see this idyllic farm on the TV but they don’t know the heartache behind it."

Rosie has fond memories of her life on Ravenseat farm with her parents and older brother.

She says she remembers jumping in cow pats and going on long walks within her family's 2,000-acre "dream farm".

But she says it all came crashing down around her in 1995 when her parents split after 13 years of marriage after "falling out of love".

Her mother took her children and moved to Kirkby Stephen in Cumbria, which is 25 minutes away from Ravenseat.

Clive, 67, later met Amanda, 46, when she knocked on his door for a work errand later that same year.

Rosie says her bond with her dad deteriorated after her parents' split, and that she realised he was in love with the then 21-year-old shepherdess - when he was 42 - when she found a Valentine's Day card signed "Love, Amanda" in her dad's car.

Rosie would stay at Ravenseat on the weekends, and recalls meeting Amanda for the first time, and thinking that she was beautiful.

She said her mother and Amanda sat talking in the kitchen and that her mother introduced them, stressing that they weren't arguing.

Looking back on her dad and Amanda's wedding in 2000, when she was 13, Rosie said: "On the eve of the wedding I started crying because I was worried about losing my dad. It was awful. I used to feel really self-conscious, thinking, 'What’s wrong with me? What have I done? Am I saying and doing the right things?'"

She says she eventually stopped visiting the farm and that her dad has not called to invite her back or ask her why she stopped going.

Rosie said: "It feels like my childhood disappeared. My childhood home has been completely taken away from me."

She also said she won't be watching the show when it returns for a new series as she's tried to tune in in the past but has switched off after five minutes after finding herself in tears.

Rosie, who has two daughters, aged 16 and six, and a 13-year-old son, says her kids don't have a bond with Clive and that she feels she missed out on having a consistent male role model while she was growing up.

The Mirror has contacted Amanda and Clive's representatives for comment.