Our kerbside rubbish to be recycled to make Melbourne's tram stops 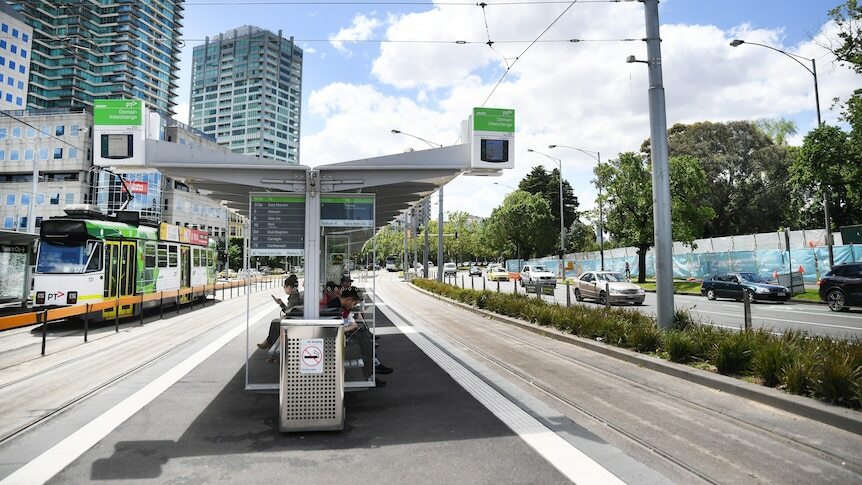 Melbourne's iconic trams could soon be stopping to pick up their passengers from tram stops made with roadside rubbish.

The institute's director Ravi Ravitharan said the new stops would be a modular design, with a platform arrangement from the kerbside to the tram.

"It can be easily installed without a significant disruption to traffic flowing through those tram stops, which are generally used by trams as well as road users."

"So, that is the main purpose of this, and that will help to construct quickly, effectively and efficiently at low cost," he said.

But before the new tram stops pop up across Melbourne, the concept design developed in conjunction with Yarra Trams needs to be formalised.

Then the recycled materials will be tested in a laboratory.

Professor Ravitharan said the tram stops would also be accessible for people with disabilities.

"So we're now starting to receive orders for some of the Regional Rail revival projects and level crossing removal projects, and we're on our skates working out our manufacturing process to build scale."

"Also within the group, we are designing the first stage of a modular production facility for the Mildura factory," he said.

Mr Webster said there were a variety of benefits to using Polytensilate, which contains up to 85 per cent recycled plastics.

'We've proven over years of testing and trialling that there's no environmental degradation of our material it's not affected by water, UV, pest or other infestation," he said.

"From all our trams being powered by one of Victoria's largest solar farms, to recycled materials being utilised in infrastructure projects across the network, to our ongoing installation of solar panels and energy-efficient lighting in our depots, we're playing our part in creating a greener and more sustainable Melbourne," he said.