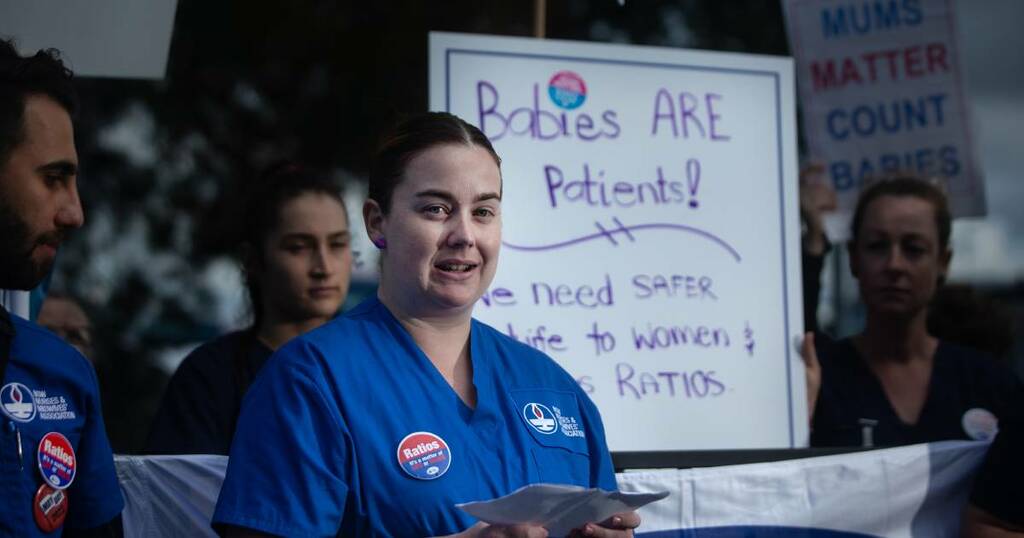 The fight goes on for frustrated nurses and midwives
Nursing and midwifery on the 'brink of collapse', nurses union warns.

Newcastle Herald readers have their say.

Newcastle Herald
LETTERS: At last, a little bit of hope for homebuyers

I FIND it rather amusing that the articles on nurses and midwives appearing in the Herald were actually published on the same day, ("Breaking Point", Herald, 6/5 and "Nurses, midwives always at heart of care", Opinion, 6/5). The juxtaposition is quite staggering.

The front page and pages 4 and 5 are given over to the apparent crisis in health care across NSW and quote nurses and their advocates deploring the terrible state of health care.

Yet the opinion piece by Elizabeth Grist paints a very rosy and optimistic picture, the complete opposite of what the nurses seem to be saying.

A few challenges, says Ms Grist, but nothing our nurses can't overcome. If Ms Grist thinks she can pull the wool over our eyes about the realities of the health system in the Hunter and New England, then she does a great disservice.

I am tired of reading articles by health bureaucrats telling us how good things are, and then having to read opinions by frontline workers telling us how bad they are. I prefer to believe the latter.

It is long past the time when our health administration starts telling us the truth and stops pasting over the ever larger cracks in the system. Their glossy pictures are starting to tear at the edges and their credibility fast disappearing down the drain

An idea to help our teachers

WITH two strikes in the past six months, there is a solution that will relieve teacher shortages in Newcastle, Lake Macquarie and the rest of the country ("State teachers poised to strike at shortages", Herald, 4/5).

I believe the answer is one that the government does not want to hear.

Do away with vaccine mandates for teachers and assistants immediately.

This would relieve some of the anxiety and pressure felt by principals, teachers, children and their parents.

A little honesty is needed.

Vaccines have done nothing to protect teachers and children from catching the virus resulting in classroom chaos and absenteeism.

Also, how can anyone know just how long an individual's immunity will last?

It is time to scrap this hasty, ill-thought rule and let all teachers who wish to teach get on with it.

How the times have changed

I WISH that at the time I bought my first house, 1976, that the interest rates were what they are today.

I'm afraid I have little sympathy for today's whingers. I borrowed at 9.7 per cent throughout the loan, during that time I provided for my wife (home manager) and four children.

We had to provide 25 per cent of the amount of the loan before the bank would look at us. My income was earned as a semi-professional, that would be a little more than a tradesman.

We got by okay, were able to get away for a holiday each year and we had a car and a motorbike for transport.

Maybe today's home buyers should shoot a little lower and stop wasting their money on luxuries and be content with a roof over their head and an older car.

PLACING our draft budget on public exhibition gives the community a chance to have their say on City of Newcastle's planned actions for 2022-23.

To clarify any concerns, as was the case in the letter from Peter Mullins, ("Justify projects before rate hike", Letters, 30/4), our application for a rate increase up to 2.5 per cent is based on the process established by the NSW government for all councils in NSW, and equates to around $2.1 million in income, a fraction of the $50 million figure suggested by Peter.

Rate income is essential to allow City of Newcastle to deliver the services and infrastructure needed to support our communities and our growing population. In real terms council's spending power has reduced due to various economic pressures including the spiralling cost of construction, which last year increased by 7.3 per cent and is likely to be more than 10 per cent this year.

Despite our proposed record $132 million infrastructure spend in next year's draft budget, the average ratepayer will see their rates increase by a modest $40.35 next year, which is well below the current inflation rate.

City-shaping projects such as the Art Gallery expansion, which is being delivered with more than $20 million in financial support from the Commonwealth and NSW governments as well as private donations, and our wider capital works program are fundamental to stimulating the economy, improving the way our community works and lives, and ensuring we continue to be an attractive destination for visitors and investment.

Modelling undertaken by BIS Oxford Economics in 2019 found the Newcastle Art Gallery project will have a benefit cost ratio of 1.8, and a positive net present value of $24.1 million.

The project will create 170 jobs and generate 88,000 additional visitors to the city annually, generating an expected revenue of $2.7 million through the use of gallery facilities outside of exhibition spaces and injecting more than $1 million into the regional economy.

We look forward to feedback from the community during the public exhibition process.

IT was alarming to read of the 80 per cent hike in newsprint prices facing community newspapers (''Crisis response' for regional newspapers", Herald, 4/5).

Mastheads like this one are a crucial voice in our faltering democracy and it seems that online news cannot yet replace the printed version.

But our present way of sourcing imported paper is clearly not sustainable.

Might I suggest a forward-looking government might invest in the large-scale growing of industrial hemp and an onshore paper mill?

Hemp produces its first crop in about six months and requires minimal pesticides and fertilisers.

This industry might even be able to subsidise printed news costs if we made enough to export, killing a few other birds with the one stone.

Other side of the coin

SO, after news of this week's interest rate rise, mortgage holders are concerned about further interest rate hikes; quite understandable.

Then again, how about self-funded retirees, pensioners, and many others, with money in fixed deposits who've suffered over the past 10 or so years, with rates being so low?

Who cared about them?

IN reply to Tony Morley, (Short Takes, 6/5). If you're only charging $90/hr you are slowly going broke. That aside, the tax write off for assets purchased go towards growing a business and employing people. To put a vehicle on the road with a qualified plumber with all the equipment, insurances, holiday pay, wages, unproductive hours, etc costs in excess of $60/hr. The business then runs an office, the owner draws a wage and pays tax - not much left out of your $90/hr. As you can see we are getting close to $22/hr. Would you risk your house and assets for that?

WITH "buffoonery" so fresh on Mr Morrison's mind, and truth a rare commodity in that same mental space, let's not forget Australia's highest-ever housing mortgage rate was 21.7 per cent, when John Howard was Treasurer in the Fraser government. In terms of economic reforms, on both micro and macro levels, Labor is clearly the leading player in our fiscal and monetary policy history.

HERE we go again Jets. Can anyone explain why half of the Jets squad has the same manager as the coach Just a coincidence? I think not. Carl Robinson did the same. We ignored local talent who are equal to some of the C graders signed by both.

I MUST admit I'm fairly confident that the local health district didn't hold the wand over stopping the case number details from being broadcast easily. Someone somewhere is playing a silly game with us at a time of most deaths that we have the least information. So all I want to know, as a ratepayer in this democratic society, is who has made that decision and why?

TO all those who responded to my comments in regard to the debate and my comments about Paul Murray, I thank you because I thought nobody read them. To those who made the comments about the government-funded ABC being biased to the left I ask what would Rupert Murdoch and News Corp say if the ABC had to go to advertising for funding those shrinking the pool for everyone.

CONGRATS to Bob Cook and all involved in the exhibition "Fortress Newcastle", currently displayed at Fort Scratchley. The huge task of sourcing, gathering and displaying information, materials, memorabilia and historical records resulted in a fascinating display. All involved can be proud of their achievements in bringing recognition to military personnel defending our Newcastle region during WWII. Display closes May 8.

The fight goes on for frustrated nurses and midwives
Nursing and midwifery on the 'brink of collapse', nurses union warns.

Newcastle Herald readers have their say.

Newcastle Herald
LETTERS: At last, a little bit of hope for homebuyers