ACT will renew talks for further light rail funding from the new federal government, after Labor walked back its $200 million promise during the campaign.

The ACT government will request Commonwealth support for stage 2B through the Parliamentary Triangle, after a new ministry is sworn in on June 1.

ACT Labor is banking on a quicker Commonwealth Park to Woden rollout under federal Labor, despite the now Prime Minister Anthony Albanese abandoning a 2019 promise for the Woden extension when in opposition.

Transport Minister Chris Steel said more Labor and independent members in Parliament supporting the project made delivery of infrastructure to the south easier.

"Stage 2b in particular requires a complex approval process, perhaps the most complex for any infrastructure projects around the country," he said.

"We'll be talking with the Commonwealth about making a further investment in the project, particularly as we plan ahead for the stage to be through the Parliamentary Triangle."

With a Prime Minister who held the infrastructure portfolio for six years, Mr Steel said there was now someone at the helm who supported rail investment.

Mr Steel said it was not just rail and roads, but social housing and community infrastructure, set to benefit.

"We now have a government that is going to open the door to have a conversation about getting our fair share of funding in the ACT, which we haven't had under the previous Coalition government," he said.

Mr Barr said he anticipated a more supportive environment to progress stage 2B through heritage and environmental assessments through the Parliamentary Triangle, and would be going to the federal government for funding beyond the $132.5 million provided under the Coalition.

"It's their land and they stand to benefit the most from having an efficient public transport system that delivers all of their staff into those key buildings in the city," he said.

"I think the future is more encouraging."

Mr Barr said the weekend's result had the hallmarks of Gough Whitlam's 1972 'It's Time' campaign in regards to replacing a "tired old conservative government and bringing in a new era of politics in Australia".

Primary votes for Labor have declined since 55 per cent went to Mr Whitlam's Labor in 1972. The latest result came from the lowest primary vote for an incoming Labor leader since, with just 31. 9 per cent.

Mr Barr said while dissatisfaction with both major parties in some parts of the country was evident, ACT Labor had achieved a primary vote of 45 per cent with a 4 per cent swing, the highest primary vote of any political party in Australia.

He said the election result meant significant roadblocks had now been removed, with an end to the climate wars in sight.

"On everything from community batteries, to electric vehicles, to investment in the energy network, to reduction in emissions, we're going to see a supportive federal government," Mr Barr said. 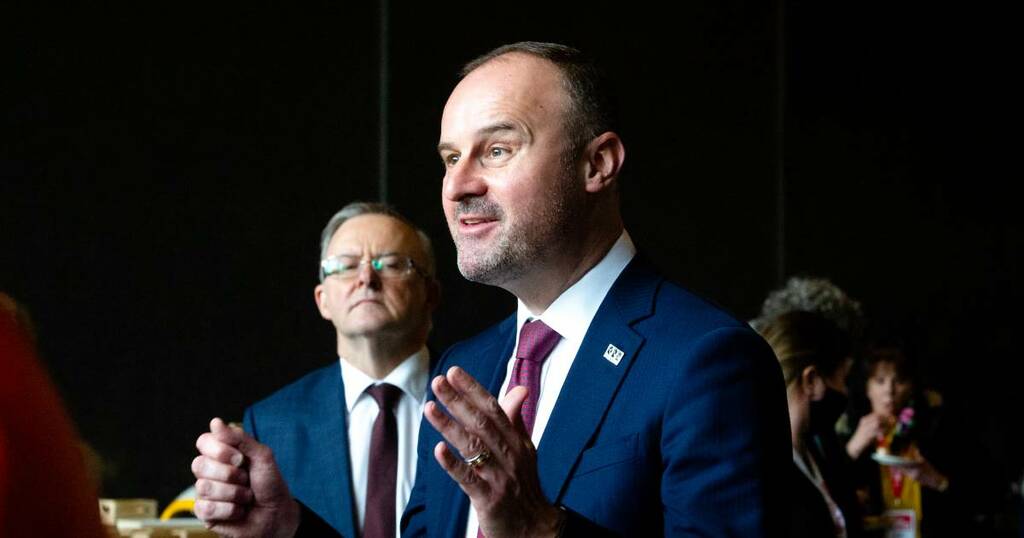 The Canberra Times
Jacqui Munro: Out with the old, in with the new political script

A party can’t govern forever, though Menzies set a high bar at 16 consecutive years as PM. The Coalition’s nine…