Our Defeats review – French teenagers reckon with politics past 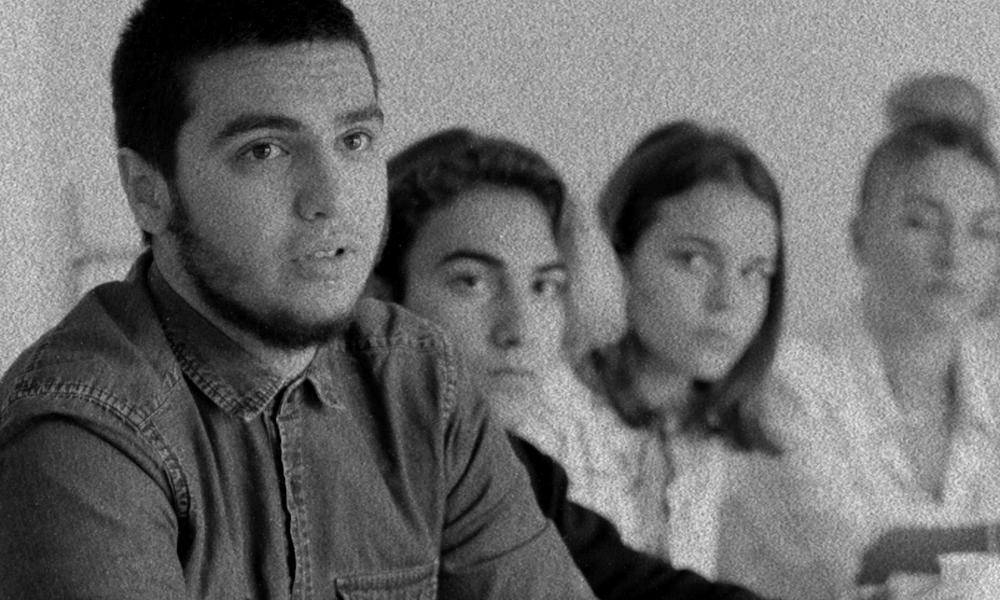 Filmed in collaboration with students from Ivry-sur-Seine on the edge of Paris, Our Defeats is a snapshot of their feelings about 21st-century society and commitment, or lack of it, to political change. But it conducts this litmus test with a twist: having them first stage scenes from films, including largely soixante-huitard-flavoured ones by Jean-Luc Godard and Chris Marker, featuring disenchanted workers, fulminating strikers and revolutionary manifestos. And then – comprehension exercise-style – it asks the actors what they think of the ideas expressed in each.

Confronted with teenagers struggling to define “trade union” or “revolution”, initially it feels like juxtaposing them with such fervent material is a passive-aggressive move on the part of director Jean-Gabriel Périot. There is indeed a striking gap between the often highly charged and persuasive performances they give, and the embarrassed bemusement with which many engage with Périot’s questions. But these rec-room Brechtian tactics seem to have a double purpose: to highlight the theatre inherent in all forms of politics while also to suggest that only by leaping between watcher and actor, and actively grappling with the concepts batted about, do they actually start to have any meaning.

Our Defeats starts to get quite laborious when different students are asked to stage the same scenes, re-emphasising performance – then sitting them down, again, for a debrief. The students’ vagueness and, sometimes, compliance with the system can be depressing. But one of the students shows this isn’t necessarily a reason for despair: “It’s admitting that we don’t know everything.”

Périot’s persistence is rewarded in a way that confirms his film was not meant to be merely observational, but actively consciousness-raising. In December 2018, as part of the wider French education protests that year, the students blockaded their high-school in protest against six of their number being jailed for graffitting the building – and even the most apathetic are on board. But it’s a bit of a haul getting there.

• Our Defeats is available on Mubi on 15 September.