‘Our brilliant David was allowed to walk out of hospital before he was found dead despite begging for help'.

The family of a man who killed himself days after hospital staff deemed him at low risk of suicide or self harm have said they are still haunted by what they believe were missed opportunities to save him. David Sheppard died on March 28, 2020 at his home at Wheatley Road in Cardiff, days after he’d left the mental health crisis unit at the Royal Glamorgan Hospital in Pontyclun despite him “begging for counselling”, his family said.

David’s nephew Cameron Jones suffers from post-traumatic stress disorder [PTSD] as a result of what happened to his uncle and from identifying his body in his flat following his death. Cameron said he is determined to tell David’s story in the hope it will “make people sit up and take notice of failings in our health system”.

“David was a brilliant man, just a lovely, lovely guy,” Cameron told WalesOnline following an inquest into David's death this week. “He’d give you his last penny.

“I heard a story about him from my mum after he died that just summed him up. I noticed he had loads of toothbrushes which he used to buy before work.

“I hadn’t realised why he did it but it was to give out to homeless people outside his work. He did it because he felt terrible within himself. He just wanted to help people to make himself feel okay.”

READ MORE: Dad died of a drugs overdose on holiday with two of his children

Cameron’s mother and David’s sister Fay Coles said David had been suffering with mental health difficulties all his life but it became more apparent five years before his death. He had threatened to take his own life before he ran away from home on March 23, 2020 - four days before his death, but Cameron said there was something different about it this time.

“When I got home from his flat on the Friday I told mum: ‘I’m telling you he is going to do it.’ It was different,” he said. Cameron claims had David been at a hospital in the Cardiff and Vale health board where mental health specialists had been more familiar with his background, David might have been sectioned on the night of his death.

Remembering the days before David’s death, Cameron said: “He had sent a message to his partner saying he was going to kill himself. We went searching for him and managed to get hold of him on the phone and found him at the cemetery in Llantrisant at his mum's grave. Mum noticed lots of empty packets of tablets beside him in the car. He then drove into mum’s car to get away.”

After a police hunt involving dog units and a helicopter David was eventually found in the car park outside Greggs at Treforest Industrial Estate where he worked “crying his eyes out saying he couldn’t live anymore”.

“The police took him to the Royal Glamorgan that night but by 3am he was back out,” Cameron explained. “That is the part none of us can understand. Everyone is in agreement he had taken 40 tablets with alcohol, but five hours later he’d passed mental health assessments and was allowed to leave hospital.”

At an inquest into David’s death at Pontypridd Coroners Court this week the court heard how David had been placed under a section 136 under the Mental Health Act. But he was released from the 136 after assessments by mental health specialists despite Dr Michael Obiako describing him as “mildly intoxicated, experiencing suicidal intent and known to have mental health issues”.

Dr Danika Rafferty, one of the doctors to carry out the assessment, told the court she had “no previous dealings” with David. “My understanding was he’d taken 40 tablets and drank three cans of lager and had said he was going to kill himself,” she said.

Senior coroner Graeme Hughes asked Dr Rafferty: “What was the clinical decision made on David’s risk of self harm?” Dr Rafferty responded: “Risk of suicide was noted as ‘low’.” While doctors noted David “had bought tablets to kill himself” they concluded that because he had communicated his intentions with others and made his location known it was “more of a cry for help”.

Dr Rafferty recalled: “It was documented that police would convey him home. We gave him advice and we advised him to call the helpline but he declined. We told him to go to his GP, A&E or the Cardiff and Vale crisis team if he felt he needed further assistance.”

Mr Hughes then asked Dr Rafferty if, as Fay had said, David had begged to remain at the Royal Glamorgan. Dr Rafferty responded: “He did say he wanted a break. He appeared to want counselling and talking therapy and he wanted it then. We said it wasn’t possible in the middle of the night.” Dr Rafferty also made reference to Covid pressures, which Cameron said had played a wider part in David’s worsening condition.

David was found at his home by neighbours shortly after 10pm on March 27. Paramedics didn’t arrive at the scene until midnight, and they pronounced David dead at 12.05am. A post mortem examination showed at the time of his death David had 98mg per decilitre of alcohol in his blood and that he’d taken diazepam at therapeutic levels. David’s medical cause of death was recorded as hanging. Mr Hughes concluded David had died as a result of suicide.

David’s GP at Westway surgery in Ely Dr Rhys Jenkins told the court that David had been due to receive psychiatric support “but there was no record of this taking place”. Cameron said: “The waiting list is horrendous. It was a nine-week wait just for a consultation with a counsellor at the GP surgery.”

Fay now works with the Jacob Abraham Foundation to help support people contemplating suicide and their families. She says the work of charities like Jacob Abraham is now more important than ever.

“When you’re in crisis you need immediate help and the NHS at the moment is struggling to provide that,” she said. “The importance of charities like Jacob Abraham is huge now. If I’d known about the charity before David died I think things could have been different.”

Cameron added: “I’ll tell David’s story as much as possible to educate people on what is happening and what might be going on in someone’s mind. You never know what people are going through behind closed doors.

“What David went through has given me a completely different outlook on life. Before I didn’t even think about the person passing me on the street.

“Now if I’m stuck in traffic I sit there and think about all the people next to me that are likely to be going through that - and the amount of people sat there and really suffering.

“I’m a security guard and it’s completely changed the way I deal with people. It’s made me kinder, it’s made me listen to people. Sometimes that’s all it takes.”

Cwm Taf Morgannwg Health Board has been asked to comment. 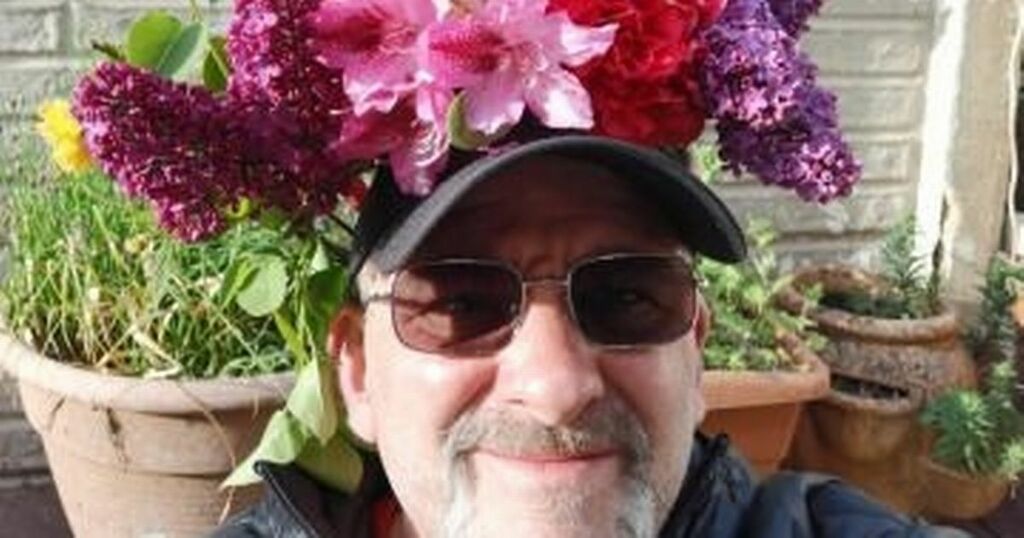 Jan Hawkins lost her son Alex in an explosion in Afghanistan in 2007, and now his younger brother Nigel -…