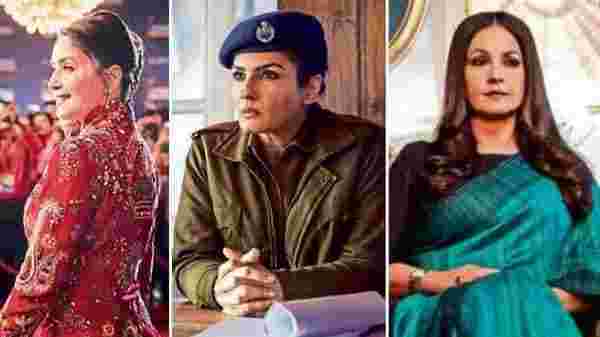 The age factor is gradually melting away in India’s show business.

Once known for rejecting actresses past their mid-30s for being “too old", India’s entertainment industry, especially new-age video-streaming platforms, is now embracing them.

The industry is transitioning beyond the age-and looks-centric template it has relied on so far—featuring middle-aged female actors in lead roles, thanks to video streaming services.

While mainstream filmmakers are still reluctant to feature older female actors in lead roles, offering them smaller supporting roles instead, streaming platforms are increasingly exploring storylines that can accommodate them as protagonists.

The trend is catching up with the arrival of Netflix’s Finding Anamika, starring Madhuri Dixit, and Amazon’s Hush Hush, featuring Juhi Chawla and Ayesha Jhulka.

The emergence of the digital medium has not only provided opportunities to older female actors, but all-women crews now also spearhead the projects.

Earlier, the video-streaming audience was skewed towards men, but deepening internet penetration and the pandemic have resulted in more women participation.

A 2019 report by Kantar said 42% of consumption on streaming apps came from women, up 14% from the previous year.

While Tisca Chopra wrote and co-produced short films Chhuri and Ch6utney on YouTube, besides featuring in them as early as 2017, the latest slate of web shows is providing a new lease of life to a lot more older actors, many of whom were big stars at the peak of their film careers.

“The power of OTT (over the top) ushered in a new era of entertainment where true diversity reflects in the kind of unique, unconventional character arcs that female actors today are portraying. In the last few years, the digital medium has made immense headway in breaking the proverbial glass ceiling of pigeonholing a character based on gender or age," said Aparna Purohit, head of India originals, Amazon Prime Video India.

Amazon Prime is working on a slate of stories where female characters have agency and are not reduced to stereotypes, regardless of age and whether they are in the lead, pivotal or supporting roles, Purohit said.

A Netflix spokesperson said with streaming, there are opportunities to tell more stories than ever before—diverse stories, with interesting and refreshing perspectives, and explore a wide range of characters with greater depth.

In an earlier interview, Chopra admitted that there aren’t many roles for older women. They become few and far between, repetitive or not that challenging, she added.

“However, I feel an actor comes into their prime only in their 30s, and that is the time you start considering options of collaborating with like-minded people," she had said.

Globally, there has been a gender imbalance in the entertainment industry with little on or off-screen representation of women, said Rohit Jain, managing director, Lionsgate South Asia and networks- emerging markets Asia.

“Today’s audience is more inclined to edgy content that is fresh and untold, with bold storylines. This was not the case with mainstream cinema. They adapted to specific narratives, more skewed towards male superstars," Jain said. It’s high time that production houses encourage talent and scripts without gender disparity.

“At Lionsgate Play, we intend to tell stories that are edgy, progressive and at the same time entertaining for our viewers. We intend to cater to the newer sensibilities of a young and modern segment of society," he added.