Oscar Piastri will face the "big, big challenge" of holding his own against Lando Norris when he joins up with new employer McLaren next season.

The young Aussie won the 2021 F2 championship in style, to secure his third world championship success in as many seasons across different series. But still, it wasn't enough for him to make the jump into Formula 1 immediately.

Instead, he waited it out as a reserve for Alpine and could have been lining up for the Enstone outfit next year following Fernando Alonso's exit. But he was not willing to risk playing second-fiddle to the Spaniard for another season, and instead chose to sign with midfield rivals McLaren.

That move was confirmed after a legal battle between the two sides, which revealed he put pen to paper on July 4. And McLaren will need him to fare better than Daniel Ricciardo, who has been replaced a year earlier than expected after failing to match Norris' results, even in a temperamental car.

Nico Rosberg believes Piastri has a lot of talent, but does not envy the young Aussie's task of living up to the results Norris has consistently provided in his four years with McLaren. "It is going to be tough for Oscar to do well there," the 2016 world champion told Sky Sports F1.

"Lando is world-class, he's world championship material there so it's not going to be easy to go there and do better than Daniel. Ricciardo is a multiple race winner, one of the best drivers in the world, and has found it unbelievably tough against Lando. Oscar is brand new to this sport!

"All the indications are that Oscar really is one of those future superstars. But I can't really believe that suddenly Ricciardo has unlearned to drive super fast. I think it's Lando who's just performing like a world champion at the moment, he's just driving so incredibly well – it will be a big, big challenge for Oscar next year to be close to Lando."

Rosberg described Piastri as "brave" for taking on the challenge, and suggested his career might never recover if he is unable to hold his own against Norris in the same car. "Either he beats Lando or he's out basically of the sport, so it's really, really tough, but he believes in himself," the German added. "And if you think you're that good, you've got to go for it.

"For Oscar, if you're a young driver and you have the opportunity to race for McLaren, and you're free to do so, you have to take it. Opportunities like that don't come around all the time, so he's done everything right." 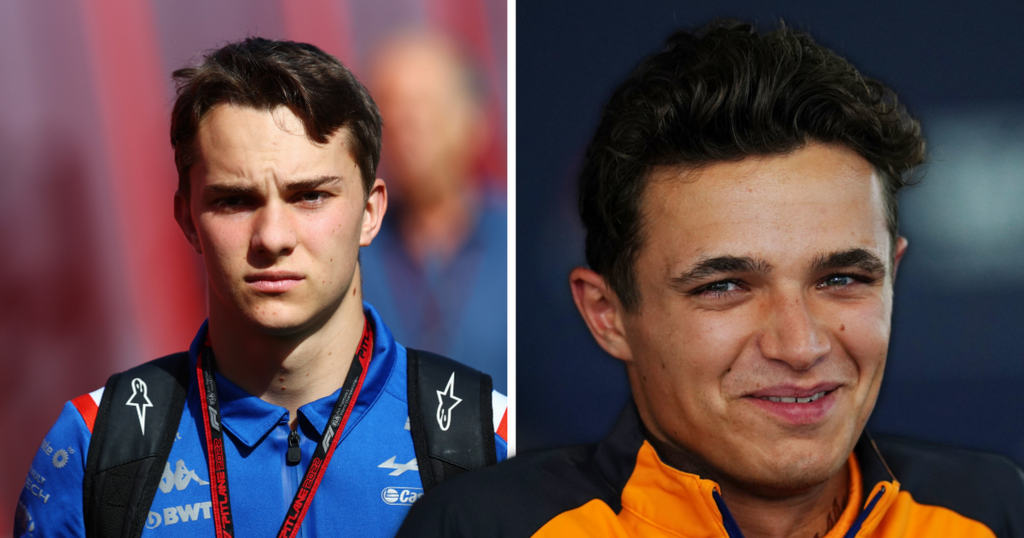 Oscar Piastri told he will lose his F1 seat if he does not impress against Lando Norris
2021 F2 champion Piastri will finally make his F1 bow next year at McLaren, where he faces the unenviable task…

With Hamilton in the twilight of his F1 career, a new generation of stars is poised to take over with…

Villeneuve said Ricciardo's career has been "awful" over the last few years, but Horner leapt to the defence of the…

Norris' talent and potenial are undoubted, especially by McLaren who have built their future around him, but the British racer…