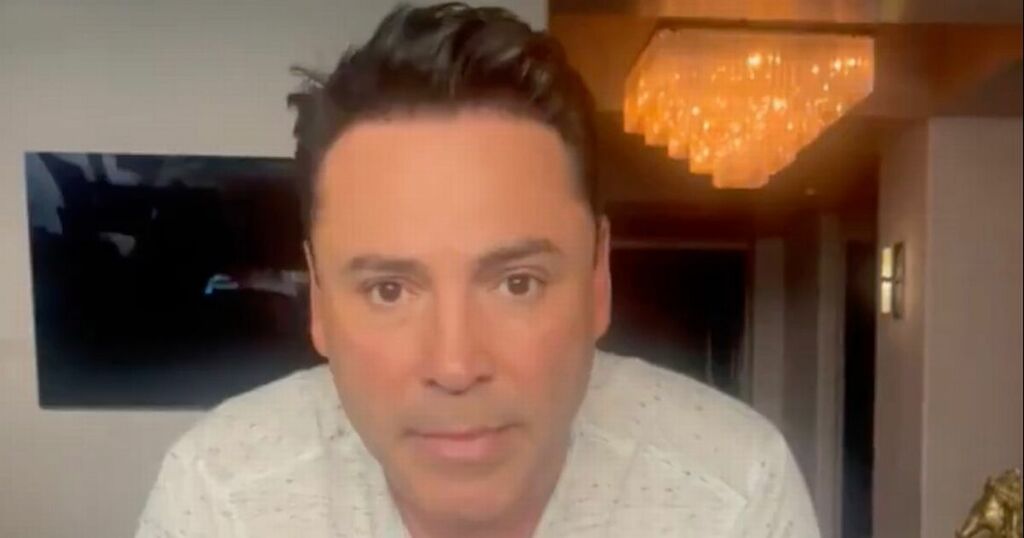 Oscar De La Hoya has no plans to abandon his comeback despite being hospitalised with Covid-19.

The American legend was forced to withdraw from his ring return clash against Vitor Belfort, after he was taken ill with coronavirus just days before his appearance on the "Legends II" Triller card.

And he has now been replaced by another returning legend Evander Holyfield, with his future return to the sport previously considered in doubt.

But De La Hoya remains confident of returning to "the best shape" of his life to take to the ring, despite admitting he was hit "really hard" by the virus.

"Hey guys, I am out of the hospital. I was in there for three days. COVID hit me really hard," De La Hoya posted on Twitter. "I was in the best shape of my life and I really can't wait to get back in the ring.

"Thank you very much for all your well wishes and all your support. I appreciate it."

De La Hoya had a hugely successful career in the sport, and was looking to return to the ring in great shape after previous years descended into alcoholism and substance abuse.

But his opponent Belfort's trainer Derik Santos has questioned the legitimacy of his coronavirus claim, and believes that he realised it was "serious" before withdrawing.

"Maybe he realised we were taking the fight seriously. I don’t know, as far as I know, their side didn’t try to jump out and reschedule as others have. So yeah, I’m a little skeptical.

“I think he thought: ‘what I have got myself into’ – he even posted this. We were going in there to give him a very good boxing match, we were ready. If the man does have COVID, then I wish him a good recovery. I’m just mildly skeptical.”

De La Hoya's relaunched boxing career has crossed paths with the likes of Canelo Alvarez who he has previously challenged upon making his return.

And the 48-year-old has delivered his seal of approval for Jake and Logan Paul as they also look to launch their boxing career's despite controversy.

"In boxing we are always questioning why is it going down or why are the ratings so low, or why are there not more world title fights and why is it the fanbase diminishing.

"It's not really on the face of it, but when you have stars like Jake and Logan Paul bringing a whole new fanbase to boxing, I embrace it one-thousand percent.

"Now kids are coming up to me in the street because of them, now they know who Oscar De La Hoya is and Manny Pacquiao is as these YouTubers are bringing kids into the sport through their platform and through social media."