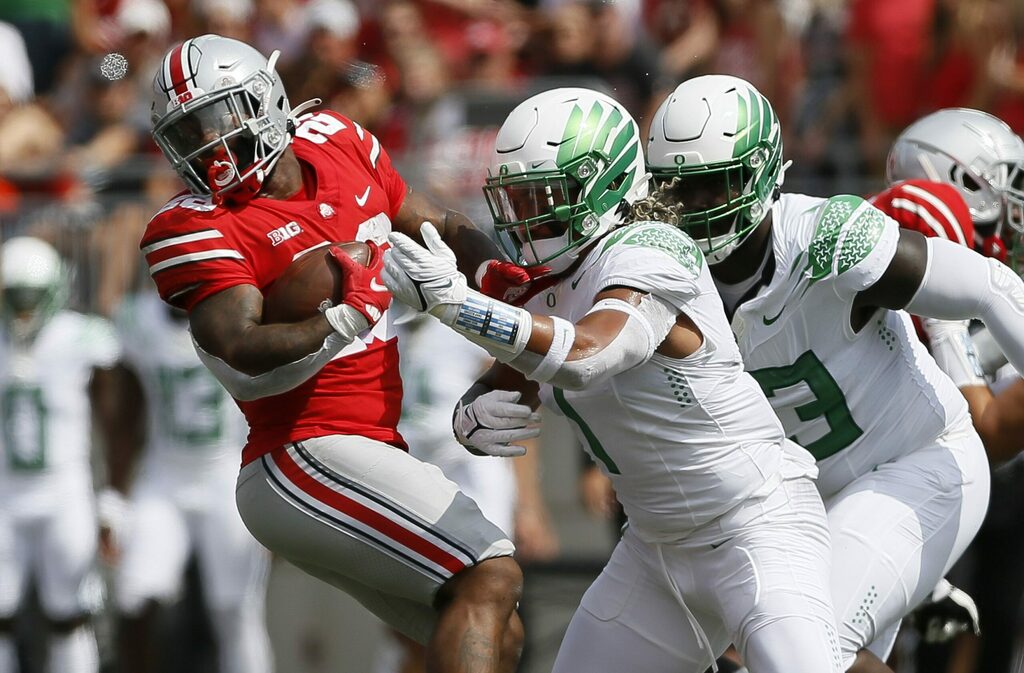 The Oregon Ducks traveled to one of the toughest places to play in college football Saturday and will return to Eugene with a massive victory for the Pac-12.

The Ducks were outgained as Ohio State put up more than 600 yards to Oregon’s better than 500. It didn’t matter as the Ducks held on for a huge victory in a Pac-12-Big Ten matchup.

They rushed for 269 yards and CJ Verdell scored twice on runs, 14 and 77 in addition to a 14-yard pass, that thwarted Buckeyes quarterback C.J. Stroud, who threw nearly 500 yards.

“We had five started out on defense,” coach Mario Cristobal said. “What went on here is just a process … it’s progress but it’s just the beginning.”

The eventual difference on the scoreboard came on a 14-yard TD pass from Anthony Brown to Moliki Matatavo with 10:10 left in the fourth quarter to make it 35-21.

That scored was sandwiched by Ohio State touchdowns in the final 15 minutes but the Buckeyes were unable to put together a game-tying drive.