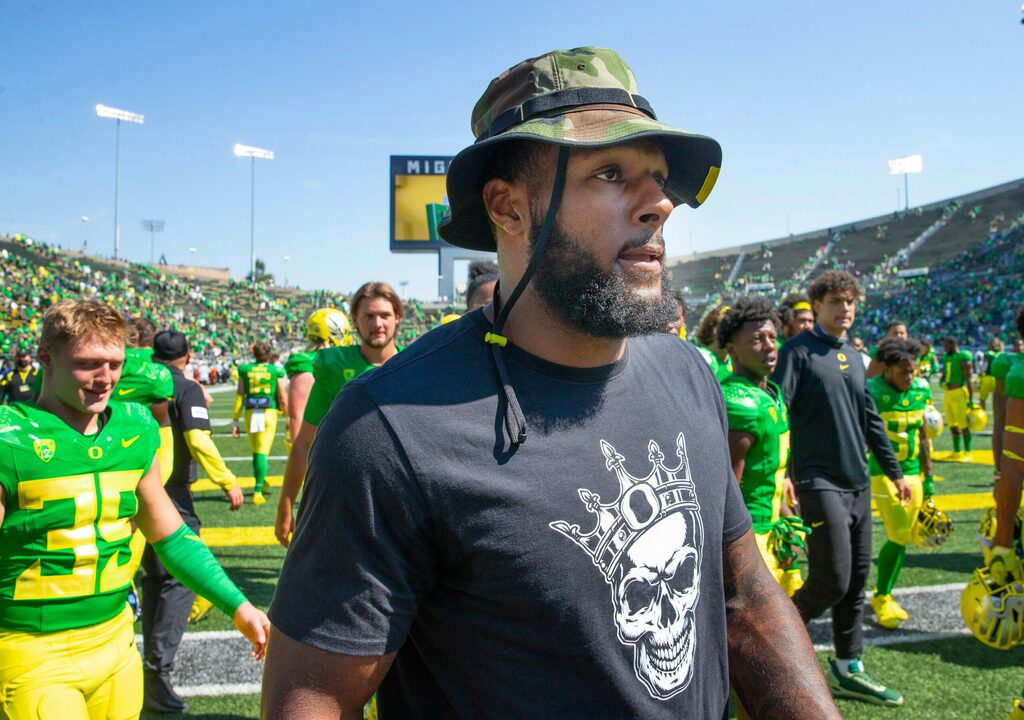 We’ve been following the news coming out of Eugene, Oregon on the status of Ducks’ monster defensive end Kayvon Thibodeaux. He got rolled up on and sprained an ankle in the first half vs. Fresno State and had to leave the game, later reappearing with a walking boot.

Just a couple of days after that, Oregon head coach Mario Cristobal declared the future NFL draft first-rounder as “day-to-day,” with hopes that he’d be ready to go this Saturday when the Ducks travel to Columbus to take on Ohio State in a top twelve matchup.

We got another update today from Cristobal and the status has not changed. Thibodeaux is still “day-to-day” according to the Oregon head man.

“We’re open and honest with injuries,” said Cristobal … “We don’t head fake anybody. We’re trying to get him ready to play. We’ll see where he’s at closer to game time.”

We’ll continue to follow this story, but this Oregon defensive line is a completely different one without him in the lineup. If he can go, how strange would it be for the best player on the field to not be wearing an Ohio State uniform in the ‘Shoe?

Cristobal did say that Thibodeaux was “improving.” “Trying to get there. We’re not there yet,” continued Cristobal.

BREAKING: Mario Cristobal says that Kayvon Thibodeaux is still day to day. “Trying to get there. We’re not there yet.”

I don’t know if we’ll get any further word on Thibodeaux’s until he either runs out of the tunnel on Saturday or not, but if we do, we’ll be on top of it. 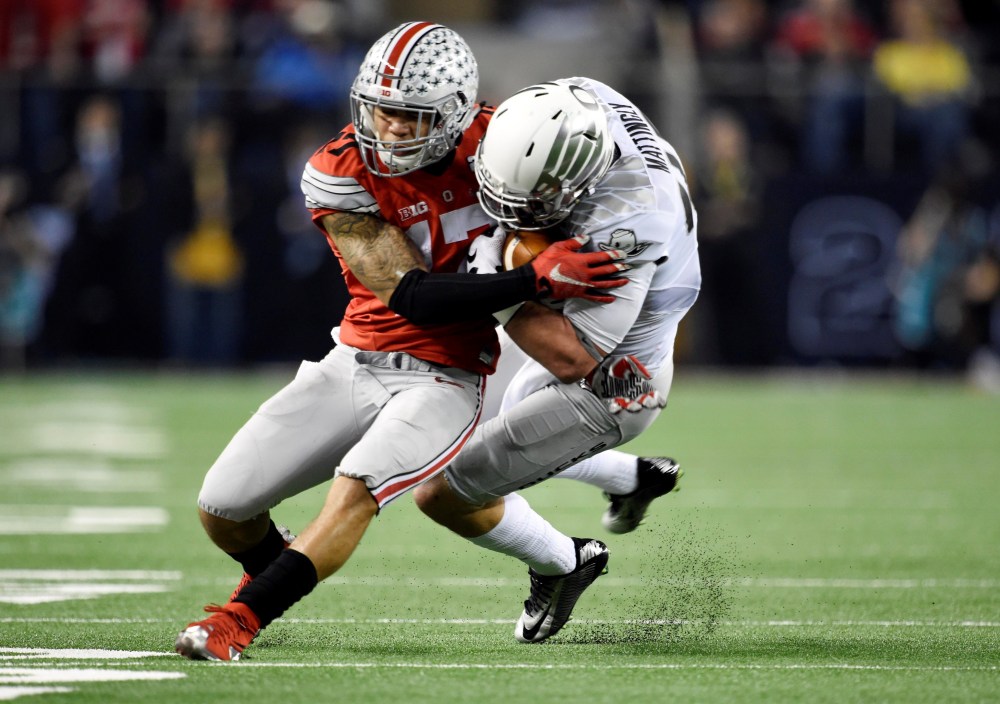