An "operational" stun-gun and blank firearm ammunition was found inside a wardrobe in a man's loft.

Dean Watts was arrested after an electronic stun device and blank ammunition for a firearm was found in his loft when a check was carried out at his home on April 6. The 30-year-old is currently banned from keeping any type of firearm following a suspended prison sentence for affray, Durham Crown Court heard.

Watts, of Dunelm Court, Brandon, Durham, appeared at the court on Tuesday via link from HMP Durham to be sentenced for possession of a prohibited weapon and possession of ammunition for a firearm when prohibited for life. He pleaded guilty to the charges at the hearing.

Annelise Haugstad, prosecuting, said shortly before 5pm on April 6, members of the local authority went to the home of Watts with the view to moving other people into the property. She said: "They carried out a search and found a number of firearms. An armed response unit was called and made the items safe." Ms Haugstad said that a "stun gun" was also found and an examination on it was carried out.

The court heard the stun device was "operational and charged" and that Watts had 34 convictions for 73 offences, including a conviction for being involved in an affray where a machete was held to a man's throat.

Jennifer Coxon, defending, asked for "full credit" to be given to Watts for his guilty pleas and said he was not at home at the time the items were found. She said the items were originally at a friend's home, but he took them back to his house and stored them in his loft where they were "simply in a wardrobe". Ms Coxon added Watts had had "difficulties with his mental health over the years".

Sentencing Watts, Judge Ray Singh said the items were "never produced" but said he was "extremely fortunate" the charges he faced were not more serious. He gave Watts a six month community order and imposed a six month electronic curfew between the hours of 7pm and 7am. 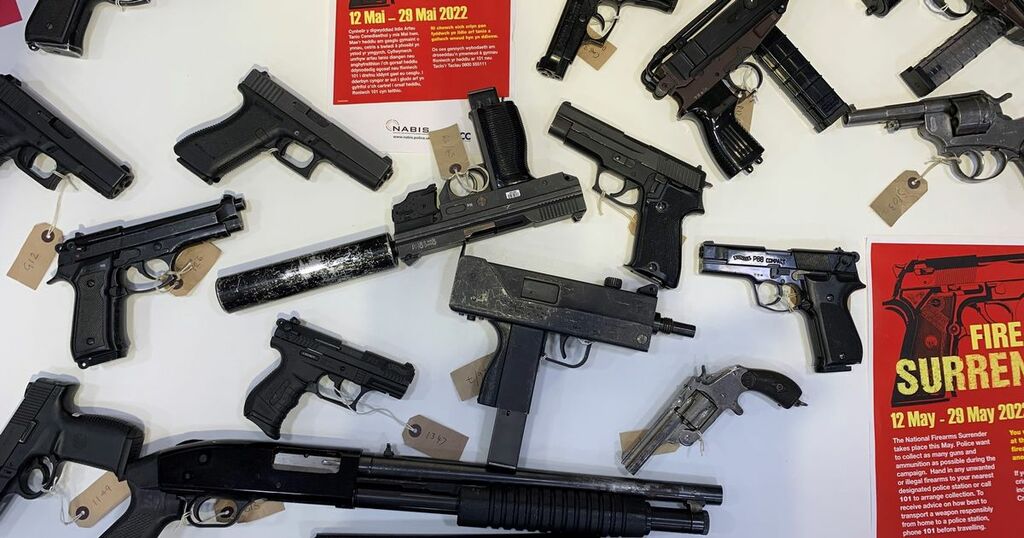 The surrender will be running from May 12, for two weeks.