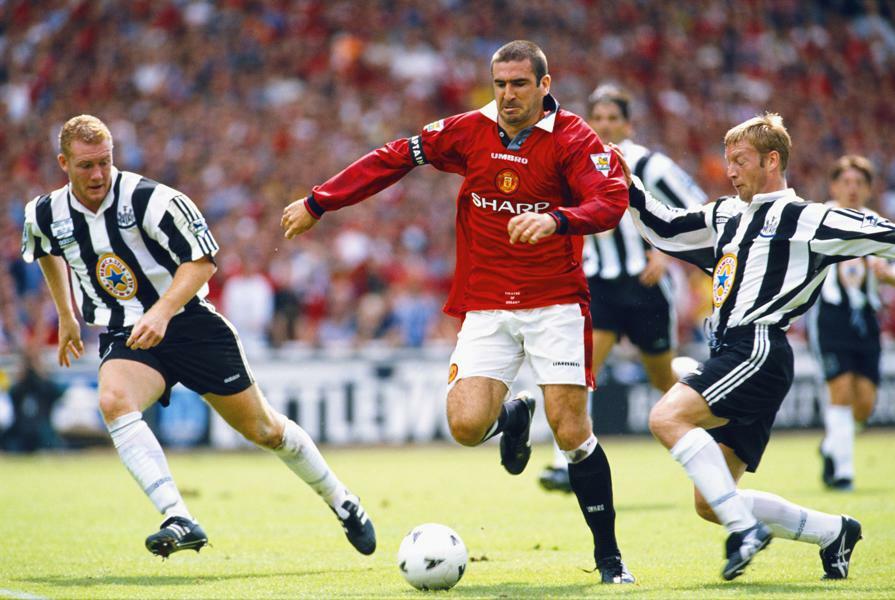 Eric Cantona’s fans at Manchester United called him King Eric, gave him his own chant and voted him greatest ever player to don the red jersey. He was one of the most legendary and controversial soccer players of his generation, leading the iconic 1990s Man United squad that also included David Beckham, Roy Keane and Ryan Giggs to four Premier League titles in five years.

Since his retirement from professional soccer in 1997, Cantona has been a Renaissance man, taking France’s national beach soccer team to a World Cup championship, enjoying an acting and producing career of more than two decades and joining, albeit virtually, the roster of the FIFA Ultimate Team video game.

Today Cantona adds tour operator to his resume. His new travel company, Looking FC, designs trips that blend a love for le football with a passion for the great European soccer cities. The four-day trips are personally curated by Cantona, each exploring the city of a legendary football club — Barcelona, Madrid, Milan, Paris, Lisbon, Liverpool or, bien sûr, Manchester. Outside of Europe, destinations include Buenos Aires and Casablanca.

While there are 3.5 billion soccer fans worldwide, these trips weren’t created for the masses. They have been tailored for the most devoted fans of the world’s most illustrious teams — Liverpool’s Kopites, Real Madrid’s merengues, Paris St. Germain’s ultras — and offer some genuine insider allure. The trips are intimate, limited to no more than 20 fans and led by avid fans who “live and breathe their city and club and are there to make your trip one to remember.” There is a game day experience seated in the “passion sections of iconic stadiums” among the most vibrant, loyal ticket holders.

The non-game activities are unique fan experiences such as chant workshops with local fan club members and walking tours with local historians taking in sports-themed street art. For example, the Liverpool trip includes a tour of Anfield stadium; a stop in Taggy’s, a Liverpool FC fan mecca with a large beer garden; and chanting lesson at Jürgen’s Bierhaus, named for manager Jürgen Klopp. The Paris trip weaves in a pilgrimage to the Messi and Neymar murals and post-match snacks at L’Anamour, a Turkish haunt popular with PSG supporters. The Barcelona trip is particularly meaty, featuring tapas and Catalan dining, a history lesson on Camp Nou stadium, a visit to the famed Penya Barcelonista Cinc Copes soccer school and a masterclass with local agent Jorge Santome Freire.

“Our idea was to create the most passionate football trips on earth, with charisma and soul,” said Cantona. “Everything today is optimized for price. We wanted to optimize for passion.”

Indeed, soccer fans will likely find the prices quite reasonable. Trips start at roughly $1,500 per person (€1,290), including three nights’ accommodations, insider experiences, most meals, guides, and match tickets. Tours begin and end in the destination, and prices do not include transportation to and from the city.

Of course, the highlight of each trip is game day. Looking FC’s first season includes nine trips, built around some of the most anticipated soccer fixtures on the calendar: Liverpool vs. Manchester United at Anfield, Real Madrid vs. FC Barcelona El Clásico at Bernabeu, and PSG vs. Marseille Le Classique at Parc des Princes in Paris.

Looking FC is partnering with DHARMA, the travel startup launched in 2018 that has previously launched brands such as Equinox, a leading luxury fitness brand; Culture Trip, the travel media publication; Bitso, a cryptocurrency unicorn; and Pernod Ricard, the wine and spirits maker.