Only solution to evil is its annihilation - opinion 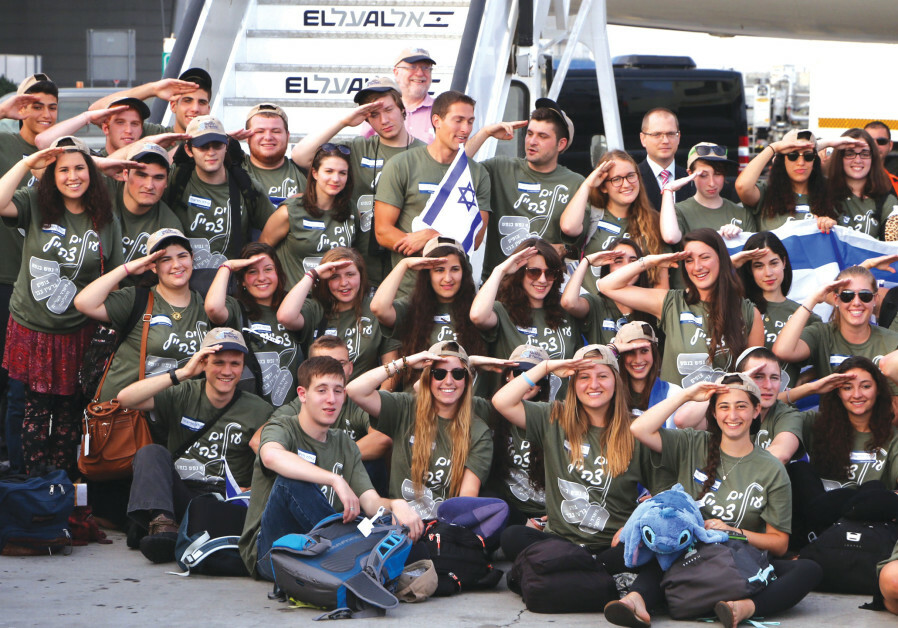 Next week, on January 20, the world will commemorate the 80th anniversary of the Wannsee Conference. It pains me that so few people even know what it is.

On a freezing cold winter morning in the first month of 1942, Reinhard Heydrich and Adolf Eichmann convened a meeting of top Nazi leaders and bureaucrats to plan the Holocaust. Amid the cigars, caviar and cognac consumed at the meeting, they spoke of “processing” 11 million European Jews, mostly with poison gas.

They would fail at their mission. They would murder only six million.

The callous nature of the Wannsee Conference – bureaucrats and technocrats meeting at a beautiful lakeside villa over a catered breakfast to plan the greatest mass murder in the history of the world – should make every person of conscience shudder. It shows that any claim to an innate human morality is questionable at best and highly unlikely at worst.

The Jewish community has done little to remind the world of Wannsee. Indeed, it is the liberation of Auschwitz by the Russians on January 27, 1945, that came to be International Holocaust Remembrance Day.

Let me go further and say how strange it is that HBO, the TV network, seems to have done more to educate the world about Wannsee than any other organization, with its absolutely outstanding 2001 movie Conspiracy, which stars Kenneth Branagh and Stanley Tucci as Heydrich and Eichmann, respectively.

And that’s why I decided that we’re staging a high-profile commemoration of Wannsee at Carnegie Hall on the exact 80th commemoration which will feature world leaders and influencers talking about the significance of the day, including Marion and Elisha Wiesel, global philanthropist Miriam Adelson, former American UN ambassador Kelly Craft, Pfizer Chairman and CEO Albert Bourla, and Carnegie Hall Chairman Robert Smith and its Executive and Artistic Director Sir Clive Gillinson. Anyone interested in tickets can get them at our organization’s website, www.worldvalues.us.

WHAT WANNSEE teaches is that there will always be evil in the world and it must be resisted. Great civilizations like Germany won’t think twice about engaging in genocide. Educating the world about morality and values is the beginning. But fighting and destroying evil is the ultimate end.

There are three levels in devotion to any great cause. The first is to die for a cause: martyrdom. The Jewish people have had way too much of that already. The second – much higher – is to live for a cause. But the third and the highest are not just to live but to fight for a cause. And fighting evil is humanity’s highest moral calling.

There was a time when many Jews developed a surrender mentality.

If six million Jews die, it must be because we were sinful. We didn’t observe the Sabbath. German Jews wanted to forget they were Jewish. God punished us.

If Israel is hated around the world, it must be because it’s doing something wrong. It’s occupying another people. It stole the land from the Arabs, making them pay for Jewish suffering in the Holocaust by colonizing a darker-skinned people. And if Jews are blown up on buses or stabbed in the streets of Jerusalem, it’s because of some settlement policy.

But such disgusting lies are part of a blame-the-victim mentality that has forever enabled and excused evil.

When six million Jews die, the newly minted “Israel Warrior” shakes the foundation of the heavens, demanding divine justice. We are guilty of no sin. We deserve long lives. And we demand that the God of Israel protect us.

When Jews living peacefully in their ancient homeland are targeted for murder, the Israel Warrior builds a defensive army to protect life.

Yes, I know, it was the Jewish people that gave the world the notion of peace. I am well aware Judaism says that peace, not war, is life’s highest value and that God’s very name is peace.

We uphold life, we fight for life, we cherish life. We pray for peace. But we resist and fight evil.

Throughout the world, there is a global onslaught against the Jewish people. Israel, the Middle East’s only democracy, has remarkably become for some more hated than even the murderous mullahs of Iran. That’s how amoral the world has become.

The Israel Warrior takes no pride in having to fight. He, like King David before him, prefers a harp and lyre to a sword and shield. He, like the Maccabees before him, prefers to light candles to dispel the darkness than to fling arrows at invading Greek armies. The Israel Warrior does not today erect – and has never erected in the past – a monument to a military victory, the way that Rome did with Titus’s and Constantine’s arches.

But for all his reluctance to fight or revel in the glory of combat, the Israel Warrior will not shirk from a battle that is imposed on him. He will fight back. Jews will not glorify martyrdom.

I showed Samantha Power, president Obama’s ambassador to the UN, that her famous advocacy for R2P, Responsibility to Protect, the very foundation of anti-genocide idealism, has its foundation not in the Christian New Testament, which encourages a love for one’s enemies, but in the Hebrew Bible where it states clearly, “Thou shalt not stand idly by the blood of thy neighbor” (Leviticus 19:16).

A few years ago I traveled to the Golan Heights, to the Valley of Tears, where we were escorted by one of Israel’s greatest war heroes, Avigdor Kahalani, who led the fight in this, one of the largest and greatest tank battles in human history.

The war broke out at 2 p.m. Israeli time on Judaism’s holiest day, Yom Kippur. Four hundred Syrian tanks faced 40 Israeli tanks in his sector alone. Kahalani summoned his soldiers and told them they were the only obstacle standing in the way of Syria taking over all of northern Israel. Then, before he left, he told them, “You must eat, you must break your fast,” and with that, he took a bite of an apple. Because in Judaism everything falls before the value of human life.

We uphold life, we fight for life, we cherish life.

Most of the men he spoke to would be dead 48 hours later. But Israel, through their sacrifice, would live.

Never again will we stand idle while evil consumes the innocent. Never again will we justify racism, bigotry, and antisemitism of any kind. And never again will we allow monsters who consume caviar to plan the murder of millions of children. No, we will commit, on this the 80th anniversary of Wannsee, to their destruction instead.

The writer, “America’s rabbi,” is the international best-selling author of 30 books, winner of The Times Preacher of the Year competition and recipient of the American Jewish Press Association’s highest award for excellence in commentary. He has just published Kosher Hate.