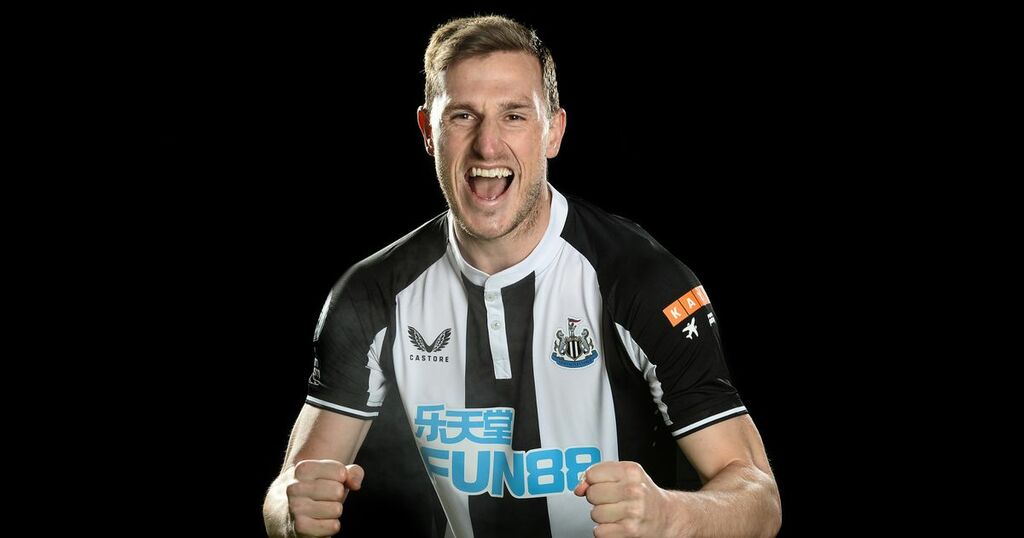 Let's cut to the chase. Twenty-five million pounds for Chris Wood is exorbitant.

With the obvious caveat he has been playing in a team that does not create a mountain of chances, Wood has averaged one Premier League goal every three hours and forty minutes over the past five seasons.

Since he began his spell at Burnley in 2017, he has produced five assists in 180 hours of Premier League football.

He is an honest, hard-working, very decent footballer … but little wonder no-one had appeared to have even thought of activating his release clause until a desperate and loaded Newcastle United came along.

It might prove to be a masterstroke on Newcastle’s part but 30-year-old Wood is spectacularly over-priced.

A desperation to stay in the Premier League and the fact everyone knows they have got pots of Saudi cash means Newcastle will have to pay top dollar, obviously.

The acquisition of Kieran Trippier was widely lauded but the truth is they paid £12million for a 31-year-old defender whose prime days are probably behind him.

And the Saudi spending this window - and the summer window - WILL have yet another inflationary impact on the market.

The starting point for any club approached by Burnley for one of their strikers will be … well, if Chris Wood is worth £25million …

The common wisdom, working on the basis that the striker would have turned round his current scoring form (three PL goals this season), is that Burnley will now have to spend the Wood money or they are doomed to relegation.

In fact, noted Burnley fan John Kettley - yes, him - said so on talkSport the other day. The weatherman has not been this worried in five years, apparently.

Well, here is a forecast, John. If your team goes down, the outlook in the Championship will not be too gloomy.

You might win more than the odd game, for a start, which, the last time I looked, was pretty much the point of football.

Winning games happens to be fun.

When you were last in the Championship, you won 26 league matches in one season.

You won comfortably more than one in two. Now, you win one in SEVENTEEN.

You might even have the majority of possession in more than the odd game, which, the last time I looked, was pretty much the point of football.

Only twice in 17 Premier League fixtures have you enjoyed more of the ball than your opponents - even playing second fiddle to Manchester United on one occasion.

That is some indictment.

It has been grim for Sean Dyche’s side this season and does not look like getting a lot less grimmer.

But, honestly, what is the worst thing that can happen? You go down, give your fans 26 victories to cheer in a season and have a year off from being ritually humiliated by Manchester City?

Let’s hope, because it’s such a nice club, Burnley spend the Wood money wisely and it helps them stay in the Premier League, if that is, for some reason, their be-all and end-all.

But it should not be that.

They have got silly cash for Wood and even if it does not keep them in the Premier League’s land of milk and money, they will not be losers.

In fact, they might start winning a few games.

And the last time I looked, that was pretty much the point of football.