Only a culture change can end this state of climate inaction 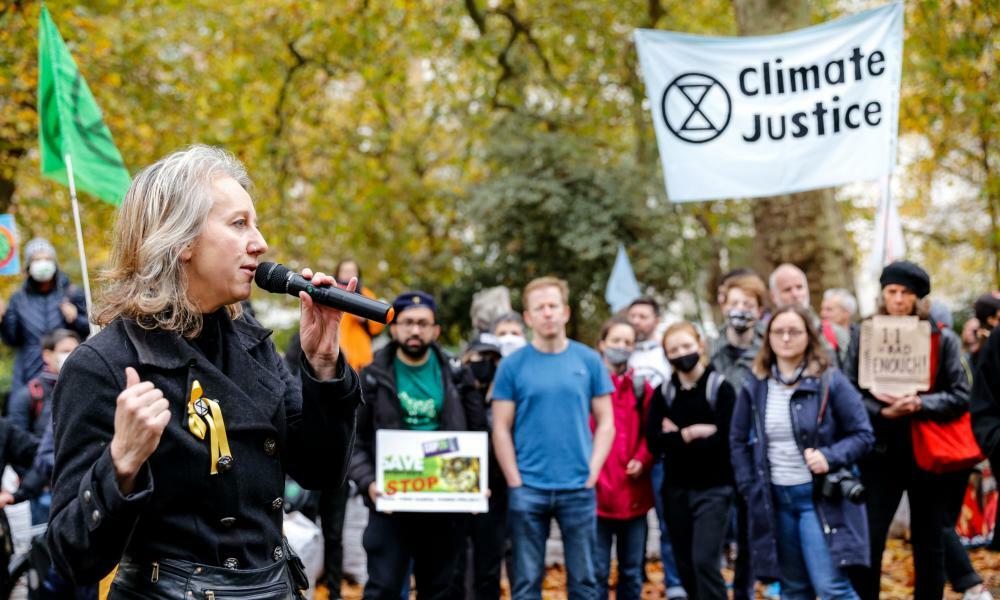 George Monbiot writes movingly about his despair in the face of environmental inaction (Watching Don’t Look Up made me see my whole life of campaigning flash before me, 4 January). It is possible to understand the strange lack of urgency by considering what George articulates elsewhere, namely that humanity is trapped in a consumer-capitalist system, whose effects are environmentally disastrous. The problem leading to pessimism is that changes to the fundamental belief systems of any culture must inevitably be very slow. The associated values are so taken for granted as the atmosphere of social existence, and shared as the basic assumptions of life, that it takes generations for cultures to change in their fundamentals.

The disasters faced by the world, directly caused by our cultural values, are so serious and so imminent that change is needed immediately. However, change requires an alternative system of values to be adopted by humanity to create a new cultural context.

It is not possible to create cultural values intellectually and then impose them on a society; they only enter as a social presence by a process of organic growth. So the momentum of our predominant values, deep in our psyches, overwhelms the evidence of our peril and very effectively maintains the status quo, apart from a bit of tinkering. We are all collectively mad because we share the same intimate values, and the collective nature of our delusions both obscures reality and comforts us. Stephen Smith Glasgow

• The problem is not so much the media, as George Monbiot suggests, as academia. Judged from the standpoint of helping us solve the climate crisis, academia is an intellectual and practical disaster.

If academia was rationally and effectively devoted to helping us solve the climate crisis, and other global problems, it would give absolute intellectual priority to the tasks of articulating the problems, and proposing and critically assessing possible solutions. The pursuit of knowledge would be important, but secondary. A central task would be to engage actively with the public to promote action designed to solve the climate crisis – above all, put pressure on the government to act. But universities do not remotely proceed in such a way. They are devoted to the pursuit and application of knowledge; they do not take their primary task to be intelligently conducted public education about what our problems are, and what we need to do to solve them.

As I have argued in book after book, article after article, for nearly 50 years, we face climate catastrophe because of the gross and profoundly damaging structural irrationality of academia, which prohibits giving priority to our all-important problems of living.Nicholas Maxwell Science and technology studies, University College London

• I felt a deep empathy with George Monbiot’s frustration with the media. Last evening I stormed out of the room where my husband was watching the news because I was so frustrated at the relative unimportance of the main items.

Where is the news about the progress, or lack of it, on the actions that should be taking place by world leaders on climate change? What can we do to make them sit up and take notice of Monbiot, and those like him, who tell us the painful truth? My fear and frustration are not for myself – I’m 80 – but for the following generations. All I can do is rant. Chrys HenningAlhampton, Somerset