Onion prices likely to rise due to erratic monsoon 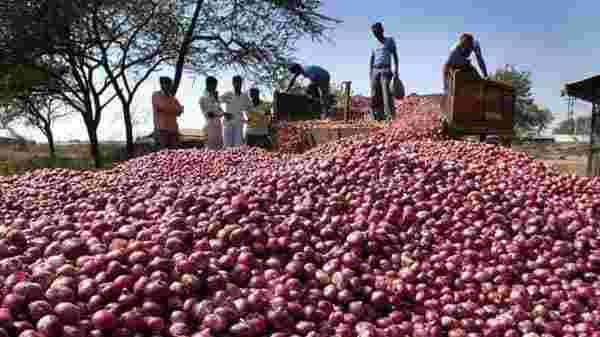 NEW DELHI: Erratic monsoon in India may lead to increase in prices of onion, according to Crisil. The bulb’s supply and price dynamics are largely dominated by climatic conditions, especially the southwest monsoon.

According to Crisil, onion prices are expected to cross ₹30 per kg for kharif 2021 because of the challenges faced in transplanting the crop in Maharashtra, though this will be slightly lower on- year (1-5%) on a high base of kharif 2020. Crisil Research forecasts an increase of more than 100% in onion prices this year as well, compared with 2018.

Additionally, natural calamities (cyclone Tauktae) have led to increase in moisture content in the stored rabi crop, thereby shortening its shelf life. This is expected to advance the arrival of stored rabi crops before the lean season, adding to supply woes, Crisil added.

“Onions, a staple in most Indian households, are likely to make consumers cry again with erratic monsoon leading to an eventual delay in harvest. Delay in arrival of the kharif crop and shorter shelf life of the buffer stock because of cyclone Tauktae are likely to fuel a rise in prices," said Crisil in a note.

The trend of the past two years shows untimely rains in August-September hampered onion harvest, and prices doubled compared with 2018, when conditions were normal.

Onion is grown in three seasons—kharif, late kharif and rabi—to meet the high demand for the tuber in India throughout the year. On average, India consumes an estimated 13 lakh tonne of onion every month.

According to Crisil, the government has taken measures to curb the rise in onion prices. A buffer stock of 2 lakh metric tonne has been set for onion for fiscal 2022. Almost 90% of the planned buffer stock for onion has been procured, with the highest contribution coming from Maharashtra.

Additionally, the government has also advised increase in kharif onion acreage in the traditionally non-onion-growing states of Rajasthan, Haryana, Madhya Pradesh, Gujarat and Uttar Pradesh from 41,081 ha to 51,000 ha.

Onion supply and price dynamics are largely dominated by climatic conditions, especially the southwest monsoon. While rabi onion contributes to 70% of the total onion production, the kharif onion plays an important role in maintaining supply during the lean period of September-November, which is a major festive season for India.

In the corresponding festive season last year, prices had doubled compared with the normal year of 2018—mainly due to supply disruption caused by heavy and erratic monsoon that damaged the kharif crop in Andhra Pradesh, Karnataka and Maharashtra.

Overall, Crisil expects kharif 2021 production to increase by 3% on-year. Though the onion crop from Maharashtra is anticipated to arrive late, additional acreage, better yields, buffer stocks and the expected export restrictions are expected to lead to a marginal decline in prices.

“That said, monsoon remains the key monitorable. If untimely rains lash the key producer states in September and October, the crop could bring more tears with price inflation and reduced supplies," Crisil said.