One step forward or two steps back? MPs react to budget

A polarising budget saw strong debates in parliament this afternoon, as MPs from both ends of the political continuum laid out how they would have done things differently

A middle-class targeting Budget that seeks to address the cost of living crisis has come under fire from politicians across the aisle today, with National Party leader Christopher Luxon calling it a ‘backwards budget’.

The big announcements provoked a fiery set of responses from both sides of the House, with MPs turning to the past, present and future - invocations of past parliamentary paragons like Ruth Richardson and Michael Cullen right next to pontifications on the next few years of inflation.

In a damning speech delivered shortly after Finance Minister Grant Robertson unveiled Budget 2022, Luxon took shots at the Labour front bench, accusing them of talking the talk but leaving the walk unwalked.

His comments, as well as those delivered in response by Prime Minister Jacinda Ardern, were met by a raucous reception from the house, with National MPs at times echoing their leader as if in a call-and-response at a tent revival.

“This budget will be putting kiwis backward into the future,” Luxon said. “There is more pain on the way for Kiwi households.”

The budget serves up three payments of $117 for an estimated 2.1 million Kiwis aged 18-and-over who earn below $70,000 per annum who don’t get the Winter Energy payment, as well as extended discounts on public transport and petrol.

They’re moves Luxon characterised as proof of Robertson’s addiction to spending, saying the Minister needs to get out of the beltway more and see how ordinary Kiwis are faring around the country.

“He's so deeply and utterly addicted to spending,” he said. “Kiwis are tightening their belts at the kitchen table, Grant Robertson should be doing the same but he's not.”

The National Party leader went on to single out ministers like Megan Woods, Michael Wood and Kelvin Davis as increasing spending on their relative portfolios but not delivering increased productivity.

“The fundamental problem with this Government is they conflate and they confuse spending announcements with actually getting things done,” he said.

He finished off by ridiculing Labour’s penchant for setting up taskforces, saying the “high-powered taskforce” the country actually needed was the National Party, and the litany of benefits he ascribes to a strong economy - which interestingly included greater environmental protections and an improved education system.

Ardern’s ability to clap back at her biggest political rival was hamstrung by having to appear in the house via video screen due to her positive test for Covid-19.

Nevertheless, she wasted no time in poking holes in Luxon’s argument, comparing the economy in the aftermath of the National Party-navigated Global Financial Crisis back in 2008.

“We've had a bigger economic hit managed with a smaller debt than after the GFC,” she said.

Throughout the pandemic, the Prime Minister’s rhetoric has painted her Government as high-achievers who have minimised the impact of difficult times on the country - a far-cry from the “tired and struggling” group of politicians that Luxon depicted them as.

Ardern kept her optimistic tone in her rebuttal, calling it a Budget that looks at today as well as tomorrow.

She said the cost of living package would “take the hard edges off for Kiwis”, and the broader income relief of tax cuts as suggested by National would risk feeding inflation while offering no targeted relief to the people having the hardest time.

With this Budget's cost of living package targeted at people not receiving the Winter Energy Payment or other forms of Government assistance, it is clear the payments are specifically for the middle class.

Nevertheless, Ardern argued it would ease the pressure on more than two million people.

“No temporary, fast relief can be perfect, but it can make a difference,” she said.

Green Party co-leader James Shaw took to the pulpit with disparaging comments for Luxon, saying his speech sounded more 1992 than 2022.

It seemed Shaw had prepared his burns beforehand, with zingers such as “Ruth Richardson called and she wants her speech notes back”, and “The National Party might be dressed up in a nice new sheepskin kimono, but you open it up and there's the same old wolf underneath”.

As opposed to a backwards budget, Shaw called it a first among Budgets, pointing out mental health provisions and climate action being at its heart.

He also had his own criticisms, saying elements such as public transport fare relaxations didn’t go far enough, and laying out how a Greens budget would be different.

The promise of Government spending left a bitter taste in ACT leader David Seymour’s mouth, who made multiple references to the Finance Minister as “greedy, grabby Grant” and predicted theBbudget would lead to a new brain drain.

“Grant Robertson had one shot to make sure this Budget did not go down in history as the brain drain Budget,” he said. “Unfortunately he did no such thing… what he basically said was I will continue to satisfy my insatiable appetite for Government spending.”

He held up the budget the ACT party had produced, saying his party was the only one in the house aside from Labour that had put together a fully-costed budget.

“A key part of the Brain Drain Budget is too much tax on productive people,” he said. “Households are facing a cost of living crisis, squeezed from every direction, but the rising cost that many people don’t see is tax. Under this Budget, the amount of tax per person is up to $21,945, from $15,825 when Labour took office only four years ago.”

Te Pāti Māori co-leader Debbie Ngarewa-Packer stood up during the applause following Seymour’s speech, and said it was the first time she had ever stood with the ACT Party clapping.

She laid out the inequitable life experience of Māori in New Zealand, saying both red and blue governments had refused to level the playing field and redistribute wealth back to tangata whenua and working people.

“E te iwi, this is not a Budget that delivers for Māori or honours Te Tiriti. This is a Budget that tinkers with the generational challenges that we’re facing,” she said. "It doesn’t deal with the root causes in a systemic or sufficient way.”

While she thanked the Labour Party for adopting some of Te Pāti Māori’s policies, she said the Budget relied too much on bureaucratic solutions rather than real grassroots action.

“It’s vanilla,” she said. “It’s lacking ambition. More money going into broken systems that have failed our people for generations.”

In perhaps the most surprising opposition to the budget, Te Pāti Māori joined the nays of ACT and National. The Greens supported Labour, successfully moving onto the Budget's legislation.

But while Greens Te Mātāwaka Chair and Health Spokesperson Dr Elizabeth Kerekere welcomed the substantial chunk of funding, she said the win was not enough for Māori and Rainbow communities.

“If the Government is serious about the new health system eliminating health disparities for Māori, it must also lift main benefits to liveable incomes, build enough public housing, and face the institutional racism and discrimination against Rainbow people in this country,” she said. 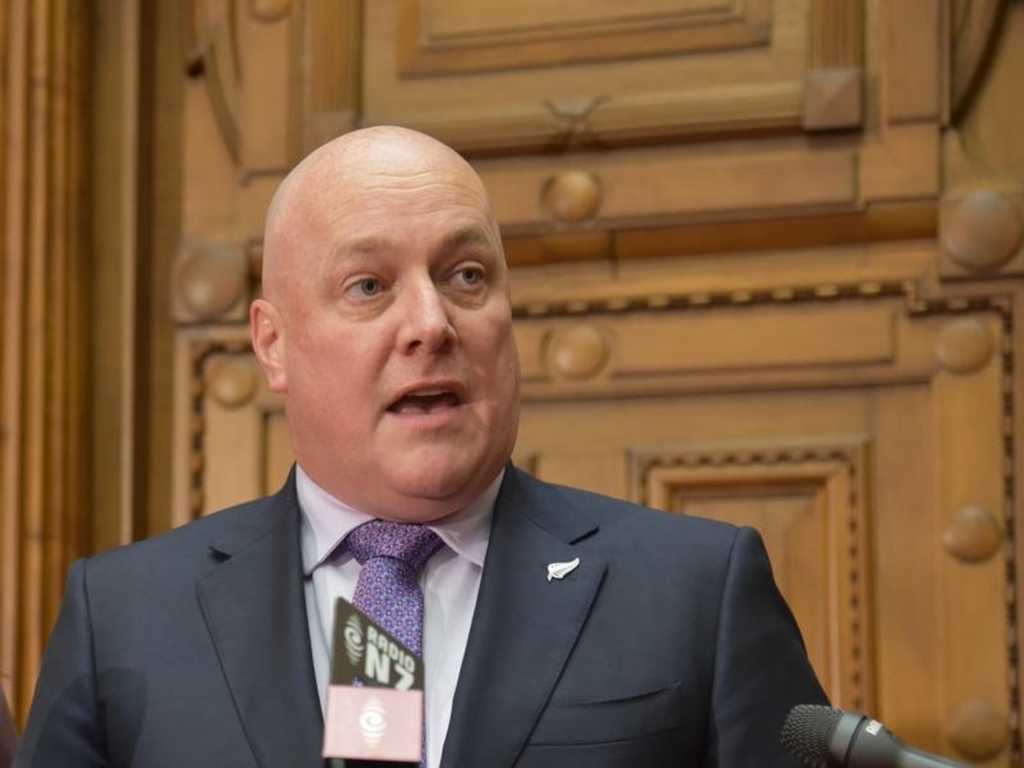 AAP
From analysis to the latest developments in health, read the most diverse news in one place.
New Zealand budget 2022: Ardern offers $1bn in sweeteners to tackle cost of living ‘storm’

Those who were expecting a big windfall for the Māori Health Authority will be left disappointed, but there’s no point…