'What in the bloody hell are you doing here mate': the moment Bluey found AJ 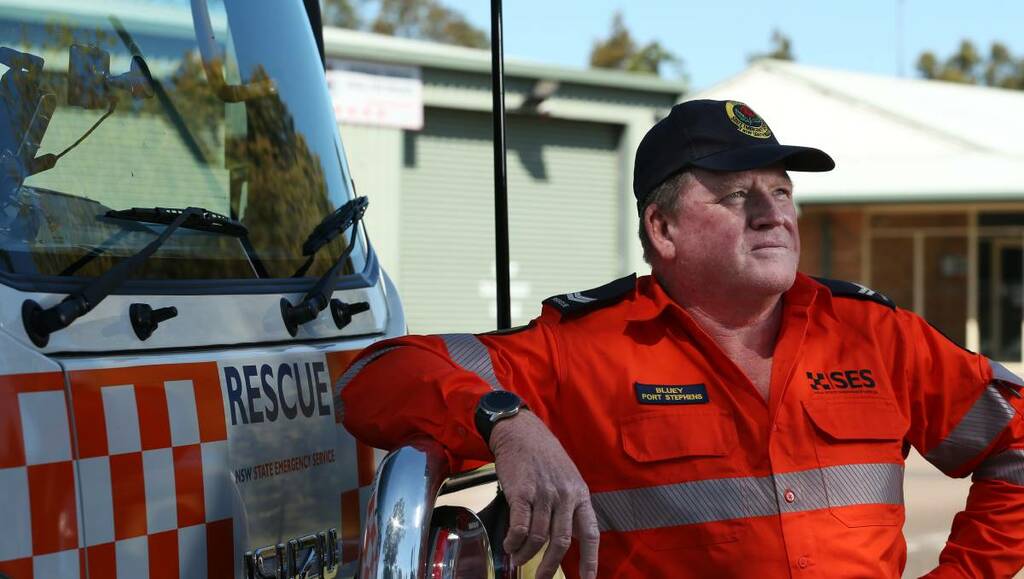 PORT Stephens SES volunteer Greg "Bluey" Chalmers was always optimistic Anthony "AJ" Elfalak would be found near the remote Putty homestead where he disappeared on Friday.

But with the search for the three-year-old in its fourth day and authorities no closer to finding the autistic and non-verbal boy on Monday, what was a challenge from the outset appeared a task with increasingly longer odds of a positive outcome.

A search party of family, friends and emergency services personnel, which totalled about 400 across the four days, had worked tirelessly and around the clock looking for little AJ, but they still had no answers.

So when Mr Chalmers, an SES volunteer of more than 10 years, came across a single footprint at the opening of a wombat hole, his personal optimism turned to belief that AJ must be nearby.

"I started talking to myself, saying 'where are you little buddy? I know you're out here somewhere," Mr Chalmers recalled on Tuesday.

"I'd been in several [holes] before, [and searched] the little caves with a torch.

"This wombat hole was just different. It was big. I went in there and there were no footprints or animal feces or anything like that, but I saw this one little footprint."

As Mr Chalmers prepared to notify the broader search party of his find, he and his fellow Port Stephens SES unit members noticed the PolAir helicopter had started hovering overhead.

Little did they know on the ground, but they were only metres away from the boy.

The officers above had spotted AJ in a stream, noticing tiny bits of movement through the tree canopy.

"Having been in land searches before, and after four days, when you see the chopper just sitting there - you get some funny feelings, you get some really mixed emotions," Mr Chalmers said.

"The copper has called out and said 'walk forward, walk forward' and it was probably only 15 metres.

"I walked around the gully and rocks and here was this little guy lapping in the water.

"He couldn't hear me calling and I didn't want to scare him so I said, 'AJ, it's Bluey'.

He has looked around and it's one of those smiles you won't forget.

Mr Chalmers, 57 of Medowie, said he sat down in the water with AJ - "admittedly I was probably worn out more than him" - and assessed him for injuries. After a few minutes comforting the young boy, he notified the rest of the search party.

"He touched my badge and the buttons on the radio and I put a call out and said: 'I've got AJ, AJ is OK'.

Mr Chalmers carried AJ out from the gully he was found in and back to the homestead with the assistance of other Port Stephens SES members.

Russell Walsh wrapped his shirt around the boy and carried him for part of the 500-metre walk.

Mr Walsh, 40, of Chisholm, had taken the day off from his job as a teacher's aid to participate in the search.

"Nothing beats finding that boy," he said on Tuesday.

Little AJ was back around family at the Putty property yesterday after being released from Maitland hospital on Monday night.

The Elfalak family and friends who participated in the search celebrated that night and through Tuesday.

They continued to thank those who took part in the search yesterday and praised the NSW Police helicopter crew for finding their boy.

NSW Police Aviation Commander detective superintendent Brad Monk said members of the search party may have walked right by the boy and the terrain and thick bushland were likely why he wasn't spotted sooner.

"It's very dense, and hence why, the little fella was not located so quickly," he said.

"There is no doubt emergency services, during that search, passed closely by the little boy, who may have even been sleeping at the time.

"There is a lot of area there where he could have been hidden and out of sight of people searching on the ground.

"There's holes in the ground; if the little fella was hiding in something like that then our cameras would not pick him up."

Supt Monk said the crew who spotted the boy had been only minutes away from having to land and refuel.

"Any longer and we may not have found him," he said.

"We were able to pinpoint his coordinates and communicate that to the SES searchers on the ground.

"They were able to get to the young fella very quickly.

"We were then able to depart and refuel, so yes luck was on our side on this occasion."