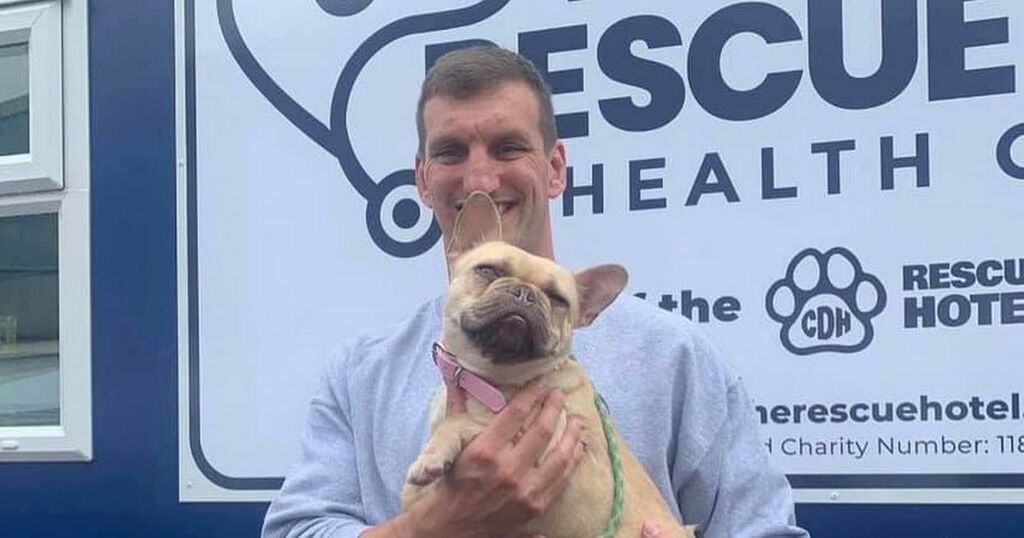 A French Bulldog, who has been labelled by rugby star Sam Warburton as one of his favourites at a Cardiff rescue centre, has had little to no interest from adopters due to health conditions caused by poor breeding.

The two-year-old Frenchie has a fan in the ambassador of Cardiff Dogs Home and former British & Irish Lions player- where Elle lives.

They were both spotted posing in photos together at last month during the grand opening of the centre’s Rescue Hotel, a new facility to offer onsite veterinary services.

Cardiff Dogs Home posted the photos on their Facebook from Elle’s perspective, saying, “Last weekend I got to meet Sam Warburton he is very nice and I loves him very much.”

They added, “I’ve been at the hotel since March and sometimes when I think about it, it makes me want to cry.”

Ellie is looking for an adult only home and could live with another calm, neutered dog. There is potential for her to live with children older than 13, but she would have to meet them a few times before committing.

Due to her poor breeding, her back legs have minimal movement so she hops along wearing boots to protect her dragging paws, and struggles with occasional collapsing.

Despite her difficulties, she has a fighting spirit and loves walks.

The rescue centre nicknames their French Bulldogs “chicken nuggets” because of their beige, wrinkly fur.

French Bulldogs are the most common breed at Cardiff Dogs Home as a result of Frenchie breeding being rife in south Wales.

As with other flat-faced breeds, Frenchies suffer from allergies, breathing problems, ear problems, skin problems and more. As the current ‘fashionable breed’, they are bred to make money.

Kennel Club saw a 17% rise in French Bulldog registrations in 2020 and they fluctuate between the top three positions of most popular breeds in the UK.

Head over to Cardiff Dogs Home’s website to offer Elle a home.